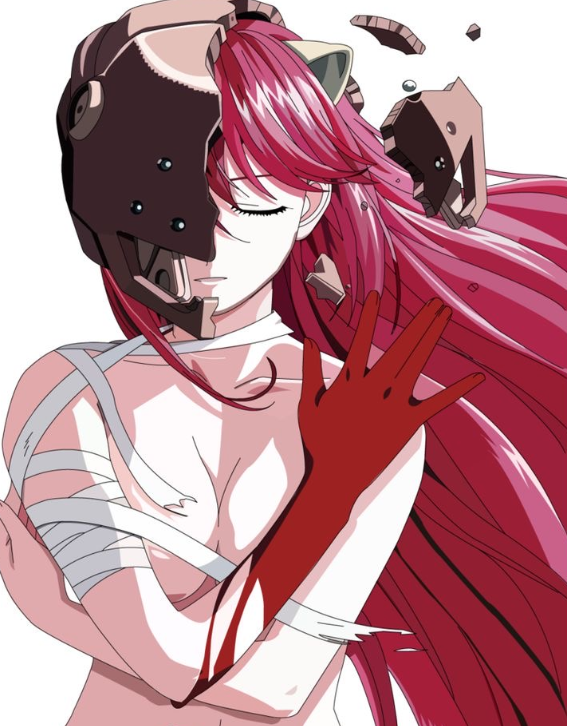 The most recent season of Stranger Things was arguably the best season yet. Not only did season 4 give us new esteemed characters (any other Eddie Musnon stans in the house?), countless easter eggs, and cutting-edge sci-fi horror, but it also triggered a newfound appreciation for Kate Bush’s “Running Up That Hill.” Although we know it’s hard to say goodbye to Hawkins, Indiana, fear not. Countless dark fantasy animes can occupy that Stranger Things space in your heart. Here are ten to start.

In Parasyte: The Maxim: parasitic aliens come to Earth and invade the minds of unsuspecting humans. This horror sci-fi series follows a sixteen-year-old Shinichi Izumi, a parasite attack survivor. He is forced into a co-dependent relationship with an alien that takes over his right hand. If you loved Stranger Things for its horrific alien monsters and bloody action scenes, then you’ll love Parasyte: The Maxim. Its use of gore, graphic violence, and sci-fi horror is a formula that has kept Stranger Things fans addicted to the franchise since 2016. Plus, the story of a teenage boy co-existing with an alien host is a premise the town of Hawkins has seen before.

Demon Slayer tells the story of Tanjirou Kamado. He is determined to rid the world of blood-thirsty demons after a demon attack kills his family and turns his sister into a monster. Under the guidance and assistance of his Demon Slayer Corps brethren, Tanjirou travels throughout Japan. He saves helpless humans from demon attacks while searching relentlessly for a way to save his sister’s humanity.

Like Stranger Things, Demon Slayer has established a large cult following and has achieved immense commercial success thanks to several elements that set itself apart: stunning cinematic visuals, a touch of comedy to balance out its heartwrenching drama, graphic death scenes, and heart-pounding horror-thriller action.

It’s no surprise that Elfen Lied is comparable to Stranger Things. In an interview with The Daily Beast, the Duffer Brothers confessed that Elfen Lied helped inspire the show, especially the character of Eleven. One look at one of Elfen Lied’s 13 episodes, and the influence on Stranger Things is evident, thanks to its presence of graphic violence, government conspiracy, and of course, its female protagonist with telekinetic powers.

If you’re looking for an anime that’ll satisfy your craving for monster horror, Tokyo Ghoul has you covered. In Tokyo Ghoul, human-devouring monsters known as ghouls run rampant in Tokyo, Japan, while blending into society by camouflaging as humans. After surviving a ghoul attack during a first date gone awry, Ken Kaneki is transformed into a human-ghoul hybrid, forced to adapt to his new insufferable lifestyle. The twisted dark fantasy horror and presence of supernatural beings will help you fill that void for Stranger Things until we get updates about a spin-off or sequel.

This philosophical thriller deals with alternate realities, similar to Stranger Things’ concept of the Upside Down, except Lain’s alternate reality is closer to the internet. In Serial Experiments Lain, our protagonist Lain Iwakura receives a mysterious email from a classmate who’s supposed to be dead. By opening the email, Lain is transported to the Wired — a virtual universe that flips Lain’s introverted life on its head and plunges her headfirst into a life where she constantly questions the concepts of reality. Serial Experiments Lain is considered a must-see among critics and is praised for its complexity and incredible intelligence.

The Promised Neverland is the dystopian anime you’d get if Netflix decided to make an animated Stranger Things spin-off focused on the Hawkins National Laboratory children. In Neverland, a group of orphans appears to live happily together as a family under the guidance of their  “Mama,” Isabella. However, after uncovering the sick truth behind the origins of the orphanage and the reason for their existence, the orphans work together to plan their escape. The Promised Neverland has a plot that has Stranger Things written all over it:

Not only does the plot and setting give us major Stranger Things vibes, but the show has a creepy horror tone that makes it one of the scariest anime in recent history.

As a fan of Stranger Things, you clearly enjoy watching a rag-tag group of teens fight their way through a town overrun by flesh-eating monsters while witnessing jump scares, brutal action, and sci-fi horror mayhem. With that: I give you High School of The Dead. High School of The Dead is about survival as a group of teens fights their way through a sudden outbreak of zombies.

Like Stranger Things, High School of the Dead is a gory supernatural series that is known for being profane and violent, which is where this B-rated anime allegedly reigns supreme. With High School Of The Dead, don’t expect the award-winning content we’ve come to expect with Things. Instead, be prepared for wildly entertaining blood, guts, and lewd sci-fi horror.

You won’t find creepy horror elements in Mob Psycho 100, but Stranger Things fans will appreciate the main character Mob for his superpowered psychic powers and the anime’s cinematic supernatural adventures. Mob Psycho 100 has striking imagery, amazing character development, and a unique plot that has fans anxiously awaiting the premiere of its 3rd season.

It follows Shigeo “Mob” Kageyama, a middle school boy who guards his emotions out of fear of losing control and devastating the world with his overpowered psychic abilities. With the help of his mentor Reigen Arataka, Mob fights to control his powers despite the presence of constant trouble and impending evil.

With Jujutsu Kaisen, Stranger Things fans can look forward to an anime packed with exhilarating action that also delivers on supernatural horror elements like gloomy settings, graphic blood-shed, and horrendous monsters that are the stuff of nightmares. The series stars Yuuji Itadori, a high schooler who swallows a cursed talisman and becomes possessed by a powerful demon.

Soon after, he joins Tokyo Metropolitan Jujutsu Technical High School, where he follows the path of a Jujutsu sorcerer in hopes of exercising himself as the “King of Curses” Sukuna Ryoumen. When Kaisen isn’t scaring you with its haunting imagery or captivating you with its detailed art style, it’ll make you laugh with its colorful character dynamics and constant pop culture references.

Studio Bones’ Soul Eater has developed quite the following since its premiere in 2008, thanks to its unique plot, outrageous comedy, and loveable cast that fans still buzz about to this day. However, don’t let these light-hearted themes fool you: like Stranger Things, Soul Eater counters this innocence overwhelmingly with mature themes, adult humor, and disturbing graphics of warped supernatural fantasy.

Soul Eater follows the students of Death Weapon Meister Academy as they embark on missions to collect souls and protect the city from looming threats of evil under the guidance of the headmaster Shinigami Lord Death. Soul Eater’s demented villains and horrifying images are just a few key themes that give this supernatural fantasy its beloved reputation, one that will undoubtedly catch the eye of a die-hard Stranger Things fan.