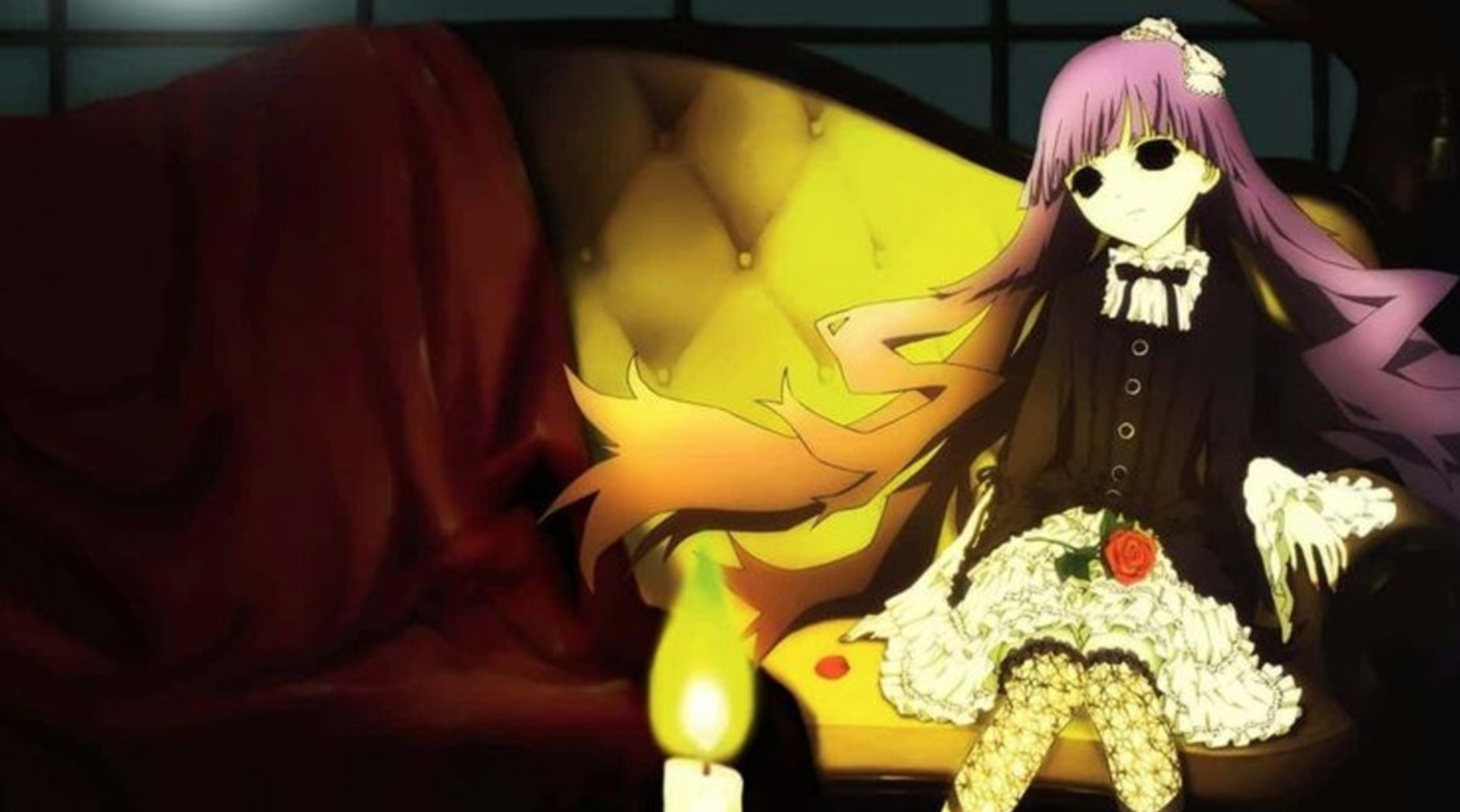 Just in time for spooky season, the following anime list is not for the faint of heart: it’s for the dark and twisted. These ten anime are filled with horrific themes and terrifying graphics straight from the imagination of your favorite mangaka. Prepare to walk away from your screens forever changed.

Perfect Blue is horror gold, with twists, jump scares, and violent death scenes that’ll make your jaw drop. It follows the perilous journey of a popstar named Mima, whose sudden switch to acting stirs up psychotic feelings in a deranged fan. Upset by his favorite singer’s choice to suddenly abandon her pop career, the fan’s love turns violent.

He begins stalking Mima and manipulating the world around her, killing off her entourage and posing as the singer online. As you witness Mima’s life crumble at the hands of her crazed fan, which causes her to question her sense of self and perceptions of reality, you’ll get a glimpse at the ugly side of Hollywood stardom.

In Attack On Titan, the last remaining humans fight for survival in a dystopian world where flesh-eating Titans roam the Earth. The series is famous for its dramatic plot and vivid depictions of violence and gore. The superpowered Titans are the most terrifying part of the series.

They are giant man-eating monsters with bizarre traits and superpowered abilities that are the stuff of nightmares. AOT’s graphic bloodshed and savage death scenes will leave you stunned. As you binge seasons 1 – 4, you’ll watch characters you know and love get devoured, smashed, and savagely ripped apart in ways that can never be unseen.

Another’s gothic visuals and murder mystery plot make it a must-watch for horror fans. It follows a group of high school students as they try to reverse a curse that has been plaguing their classroom for decades.

This curse, known as the calamity, causes students to die in grotesque ways. Once activated, not even their friends and family are safe. Everything about Another screams horror, from the monochromatic art style to creepy characters and gruesome murders. Its gory mystery will have you addicted, breezing through the series until you finally get an answer to the question: “Who is dead?”

Where to watch: Crunchyroll

Picture this scenario: cannibalistic body-snatching aliens have invaded Earth. These aliens not only eat people but can also reproduce and perfectly blend in with society, occupying city jobs and sitting among us during our daily commutes. This is the anxiety-inducing setup for Parasyte: The Maxim.

As if the threat of having an alien take over your brain wasn’t frightening enough, these parasytes dismember you and are equipped with razor-sharp digits that cut people apart in seconds. These ruthless creatures can move from one body to another and distort their human bodies in shocking unsettling ways.

Where To Watch: Available for purchase on Amazon.com

Shiki is filled with chilling visuals and ghastly villains that are so creepy they’ll haunt you in your sleep. The series plants viewers right in the heart of the action, giving you an in-depth POV during its most agonizing moments. Shiki tells the story of Sotoba: a small town whose citizens mysteriously start to drop dead out of nowhere.

As the villagers band together to investigate the cause of these sudden deaths, they uncover a secret that’s much more sinister than they imagined. Although Shiki isn’t available to watch on any streaming service, reviewers say it’s worth tracking down. Its intelligent story and gruesome imagery have been compared to Stephen King’s Salem’s Lot.

Where To Watch: Netflix

The Promised Neverland tells the story of a group of orphans who seem to live happy lives: they’re fed well, given plenty of tie to play and rest, and are raised as a family by an endearing caretaker who they call Mom.

The only rule the kids have is to never go beyond the orphanage’s gate. One day, two children break this rule and uncover the horrific truth behind Mom, the facility, and why the kids who move on are never heard from again. The moment the truth is revealed, the series becomes a constant game of cat and mouse as the children secretly plot to escape.

During this battle of survival, wit, and deceit, the tension is constantly building as the kids try to outsmart their adult caretakers. The constant threat of danger is enough to give you an anxiety attack.

Where To Watch: Hulu

Hellsing Ultimate holds no punches. The OVA’s dark universe focuses on the annihilation of demonic creatures whose bloodlust will test your threshold for brutality and gore. Hellsing Ultimate tells the story of Hellsing: a secret organization that –– with the help of vampire Alucard and his servant Seras Victoria –– defends the British empire from blood-thirsty vampires and supernatural beings.

Similar to Another, Hellsing Ultimate’s monochromatic art style embodies the show’s gritty, ominous tone, where the undead claims the lives of innocent humans for sport. Once you see the vampire Alucard’s bright orange glare, it’s a wrap: inevitably, vicious blood splatter and carnage will soon follow.

Where To Watch: Available for purchase on Apple TV

Watching Serial Experiments Lain is said to be a mind-warping experience. Reviewers insist that they walked away from the show questioning the concepts of reality and existence. It tells the story of Lain, an introverted girl who gets sucked into a bizarre series of events after accessing a virtual world of communication known as the Wired. As Lain experiences mind-bending encounters, the audience will be taken on a psychological trip where the lines between cyberspace and reality are constantly blurred.

Theatre of Darkness: Yamishibai is a horror anthology series based on Japanese folklore and urban legends. Its lifelike voiceovers, unusual art style, and ominous score create an atmosphere that leaves you tense and uneasy, somehow delivering high-quality horror in just four minutes. Yamishibai is highly recommended by reviewers and puts you in the mind of old-school horror classics that create fear by playing tricks on the senses. Its use of light, shadow, odd graphics, and epic sound design is scary enough to give you chills without managing to spill a drop of blood.

The Junji Ito Collection is a gruesome horror anthology that should not be taken lightly. If you’re looking for an anime that will serve you horror in every sense of the word, you’ll want to binge this series on All Hallows Eve. It’s packed with all things terror, diving into the psyche with its strange tales and pairing it with dreadful imagery that’ll make your skin crawl. The series is based on the work of renowned manga artist Junji Ito, who’s famous for his terrifying horror stories.

You can add more horrifying anime to your Halloween watchlist on Crunchyroll, Amazon, and Netflix. Happy Halloween from BGN!