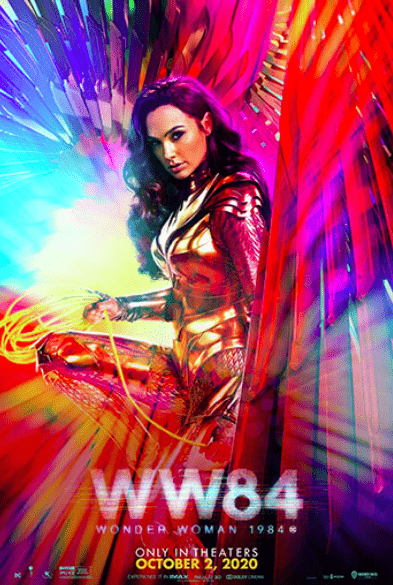 Wonder Woman has quickly become a fan favorite with her brilliant displays of languages, fighting skills, and classic elegance. Audiences fell in love with her selflessness and her drive to save humanity and see the best in them when they sometimes could not see it in themselves.

Here are the top ten things we want to know about the new Wonder Woman film. Wait till you read number 8.

Technically, it is the second Wonder Woman film. We’re reunited with Diana Prince/Wonder Woman (Gal Gadot). We have many of the same team reunited. Like the first, this film does have a big scope, dazzling action, humor, and a huge heart. But it really is its own massive, unique, standalone adventure. Wonder Woman 1984 is not bound to the history of the previous film.

For many of us, myself included, the first thing that came to mind is when thinking of a new Wonder Woman sequel was World War II. That image recalls a time of war and destruction. But that is not the direction this movie is going. Wonder Woman 1984 also reminded me of the famous book by George Orwell.

Anna Obropta clarifies about that time: “America was at the peak of its power and its pride. It had everything from commercialism, fashion, wealth — even violence was in excess. It was the decade of greed and desire, the time of war. It was humanity at its best and at its worst. 1984 was a year of lessons learned — lessons for a goddess warrior, and lessons for all of us.”

While the film is set it 1984, it starts in Themyscira, a place where time does not exist as we understand it. The film opens in this location where a game/competition for the Amazon is underway. There is a great prize at the end that will have everyone wanting to know who will get it. Warning: it might not be who you expect.

These ladies will be parading in their formal speedos, which are not just for show but for a fierce competition. The lovely Amazonian women will be strutting their triathlete suits for the games. The material they will be wearing is made with leather and gold. The costumes highlight the goldenness of the movies as a whole and the celebration of the games.

The fabrics are selected not just for form and comfort, but for style as well. Costumes are made from the finest wet suit material possible. Each suit is printed with a different animal: snakes, crocodiles, pythons, and more.

Keep an eye on the costumes to see how many other animal images you can see.

Can metal suits be feminine? Most individuals who are unaware of the process of costume making will be shocked to know that the heroes in Wonder Woman 1984 will not be wearing tin suits, but instead a reflective jelly-like outfit. The costumes are skin tight and form-fitting. They are meant to look like metal but move like skin. The reflective metal costumes are actually a lot softer than they look. The original Wonder Woman outfit has been made more lightweight.

7. Does Diana do dresses?

Since the movie takes place in the 1980s, many audiences might be tempted to speculate that Diana would change her appearance to fit the era. Perhaps we’d even see her in puffed sleeves. However, Diana comes from a world that does not worship high fashion. The film presents her in the same elegant manner that she was presented in the first film. She has her own subtle elegance and a white dress that will have audiences in awe over how wonderful she looks.

8. Everyone loves a good villain

Originally, Cheetah (Kristen Wiig) was meant to have a cameo appearance in the first Wonder Woman movie, but there were changes that prevented it. Now we get to see her making her debut in the second chapter of this franchise. She is a more compassionate character who has been corrupted by an unfair society.

She will not be the only villain in this film. Maxwell Lord (Pedro Pascal) will also be sharing the limelight with the female villain. Rumor has it, Lord is partially based on the excesses of Trump.

The very familiar cast will still be there. We have Gal Godot reprising her famous role as Wonder Woman. Chris Pine is also returning as Steven Trevor with a powerful and critical role. The very same Patty Jenkins will be directing the second installment of this series. This means we can expect the same magnificent storylines and scenes.

What makes villains so great is their connection to the heroes. Wonder Woman has said that women in Themyscira work their minds and their bodies. This is an extreme of what women are capable of being. There is also a sisterhood among the Amazons. This sisterhood Diana has towards other women is also directed to Kristen Wiig’s character Barbara Minerva, aka Cheetah. This makes for amazing chemistry between the hero and the villain.

Wonder Woman has captured so many people’s hearts. The film has also done the same with its great narrative and its impressive array of talented actors.

Check out the 2nd trailer below and be prepared to be blown away when our favorite heroine makes her return on October 2nd.