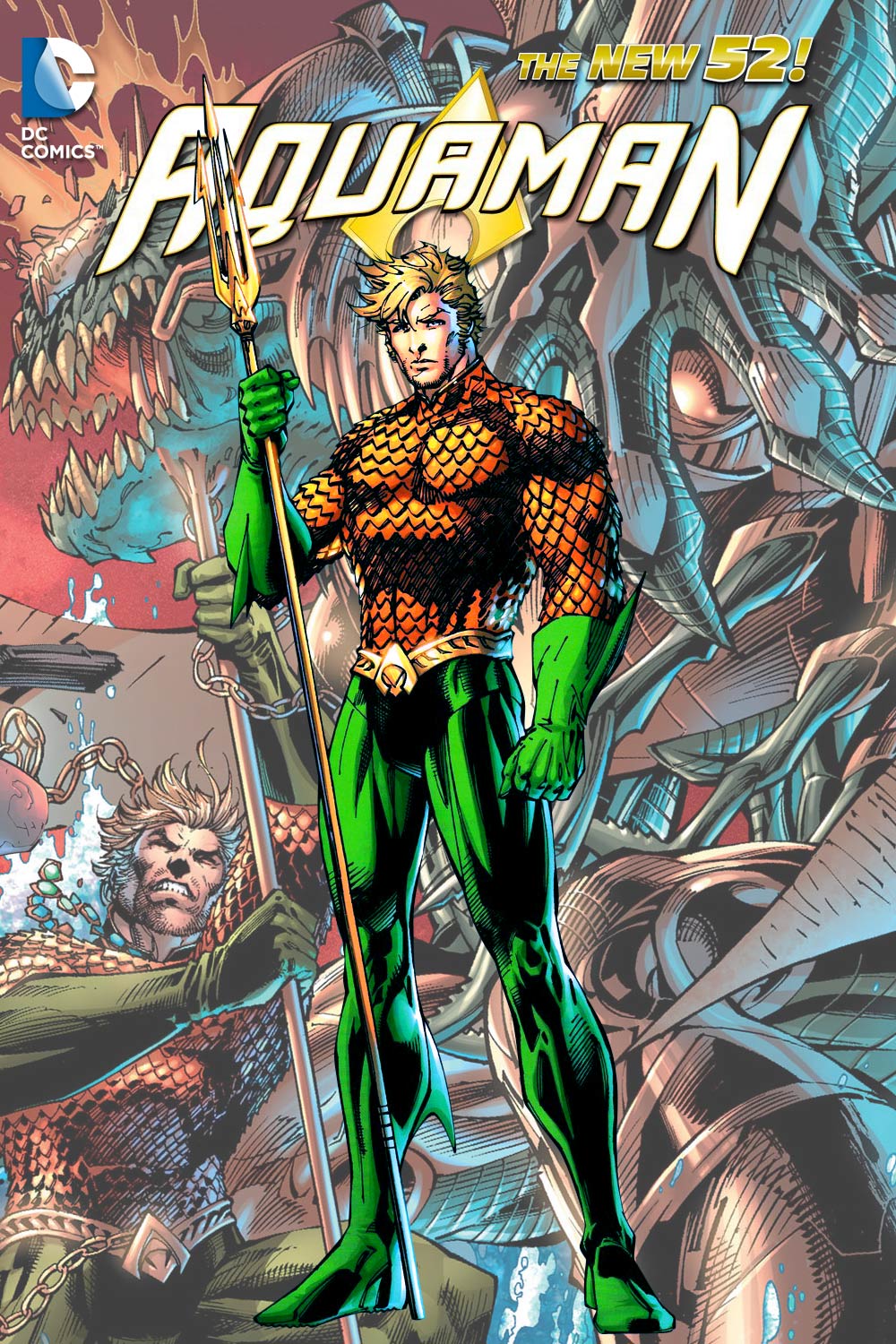 We all have that friend who is not a nerd, but who always wants to see the movies adapted from comics on opening night. We let that friend come along, just to be nice. However, you know how this always ends…That friend fires off about a million questions that start at the title sequences in the beginning and end long after the credits have ended. That experience leaves everyone in the group angry and missing big chunks of a movie that we had been waiting for weeks to see. Seeing Aquaman with this person will be no different.

No, you can’t throttle that friend. That’s why BGN is here to help. We know how frustrating it is to see the comic movies with someone who has no idea what’s going on and who refuses to just watch to see how things play out. To help, here’s a list of about 11 details your friend needs to read before you go see, Aquaman December 21.

The DCEU is going with the New 52 reboot of the Aquaman comics that began in 2011 and ran until 2016’s Rebirth reboot of the comics. This means that some things will be different from the original series that debuted in 1963. So, when reading to prepare for the movie, forgo the old issues for the New 52—which can be found in stores, on Comixology, and even on the new DC app.

Aquaman has powers but is not bulletproof or immortal. 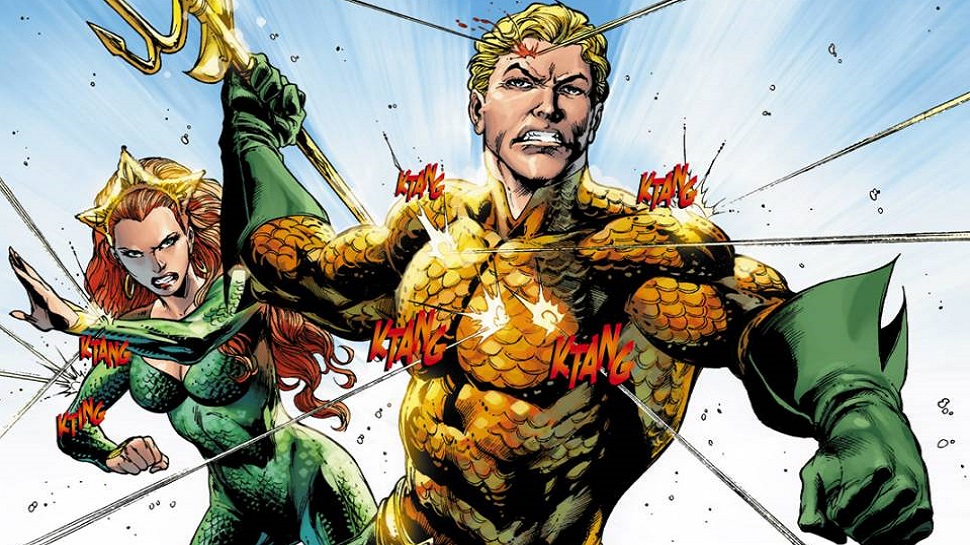 The man is hard to kill. He wears a shirt that looks like it’s made of scales but is actually an Atlantean armor that is bulletproof. Aquaman has superhuman strength without the armor as well, and superelastic skin. His Atlantean DNA has evolved to produce these traits after centuries of its people living in the deepest parts of the ocean.

This is not Kita’s Atlantis.

If you remember the animated film Atlantis: The Lost Empire from 2001, then I must tell you that the Aquaman lore is not the same world. In this world, the people of Atlantis do have an advanced technology that is far ahead of anything people on land have seen. However, unlike Milo and Kita’s world, Aquaman lives in a place that is not in danger of dying and is much larger of a kingdom with a more militant outlook.

(Arthur Curry is Aquaman’s real name, by the way.) Mera was originally from an exiled tribe of Atlanteans sent to spy on Arthur. She was tasked with finding out who/what he was and to determine his weaknesses so that her people can use that info to take down the Atlantean royalty. She too has superhuman strength, and also the ability to control the water. People call her Aquawoman, but at their own risk. It’s a name she despises.

She sacrificed it all to be with him.

Mera found out the Arthur does not want to rule Atlantis like his mother, Queen Atlanna did. He gave up his claim to the throne and walked away to protect the border between the ocean and land—the shore. Mera is eventually deemed a traitor to her people and stays with Arthur to become his closest confidant and to fight alongside him.

Atlanna and Arthur’s dad have a doomed love story.

The story is a bit different in the New 52 than in the Golden Age (original) Aquaman stories. In the New 52, Atlanna falls in love with a lighthouse keeper. She becomes pregnant and goes on land to live with him. She left Atlantis because she knew her people would harm an heir that was half human. She gave birth and then left to take on her kingdom, leaving her baby boy Arthur with his father. Atlanna never visited, as she didn’t want anyone to find her son and the man she loved. They would both be killed.

Orm, the “Ocean Master” is the evil brother.

So, when Arthur finds out about Atlantis, he also finds that he has a half-brother named Orm. But, it’s bad blood between the two, as Orm wants the humans dead, believing they are a threat to Atlantis. He takes the throne after Atlanna dies and launches an attack on the land and Arthur is forced to intervene. It is brother against brother at this point. From what we’ve seen of the trailers, this is the story that the movie will tell.

Dr. Stephen Shin is an ambitious jerk who does care about Arthur.

When Arthur’s father needed to find out more about his son’s Atlantean side, he took the boy to Dr. Shin, who did indeed help the family gain some insight into Arthur’s capabilities. The problem is, Dr. Shin is also a product of the tortuous academic “publish or perish” machine. He knows that Arthur is the key to finding the mythical Atlantis, and that find will regain his tarnished reputation in his field. His ambition does cause him to do things that could harm Arthur, but he does not mean to harm the guy.

Aquaman and Mera are not weakened by living on land.

The Atlanteans are not fish or amphibious. They can live outside of and away from water without losing their strength. Why? Evolution!

Look at it this way: Black people are from humans who evolved to have an abundance of melanin in their skin to protect from the insane sun exposure in Saharan and Subsaharan areas. The Black people who live in the areas farthest away from the equator, like northern Canada or Alaska, don’t lose their blackness because of the reduces exposure to the sun. Similarly, the Atlantean traits are in their DNA, they will have them no matter if they are in water or on land.

Atlantis is the only place Aquaman and his family rule.

The city of Atlantis is only part of the ocean and not even the deepest. There are numerous areas that are unruled and even unexplored by Atlanteans in the oceans. Mera’s people live away from Atlantis, as do the creatures from “the Trench” that attack land in the first issue of the New 52 comics. 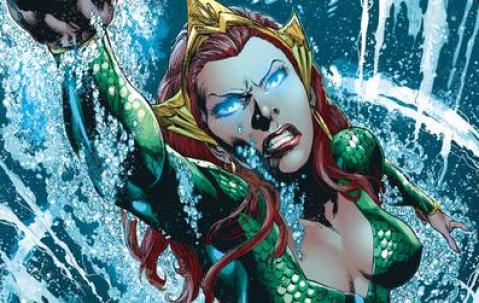 Although there are merpeople in Atlantis, neither Mera nor Arthur are of these species of people. They are Atlantean.

Share this article with your friend. Give a pop quiz if you need to. Just make sure they know these details about the Aquaman story so that you can have a peaceful viewing experience at the movies.