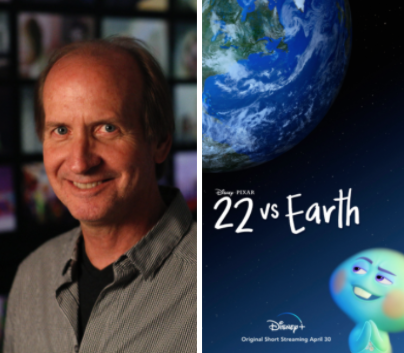 Ever wonder what new soul 22 has against Earth in Disney and Pixar’s hit 2020 feature film Soul?

A new short from Pixar Animation Studios revisits the skeptical soul long before she ever met Joe Gardner. Debuting on Disney+ on April 30, 22 vs. Earth welcomes Tina Fey back to The Great Before as the voice of quick-witted and sarcastic soul 22. Set before the events of Soul, the original short is directed by 21-year Pixar veteran Kevin Nolting. “While making Soul, we talked about the why of a new soul not wanting to live on Earth, but it didn’t ultimately belong in that movie,” said Nolting.

“22 vs. Earth was a chance to explore some of the unanswered questions we had about why 22 was so cynical. As a fairly cynical person myself, it felt like perfect material.” In the short, 22 defies the rules of The Great Before and refuses to go to Earth, enlisting a gang of five other new souls in her attempt at rebellion. However, as her cohorts’ activities lead to unexpected results, 22’s subversive plot may actually lead to a surprising revelation about the meaning of life.