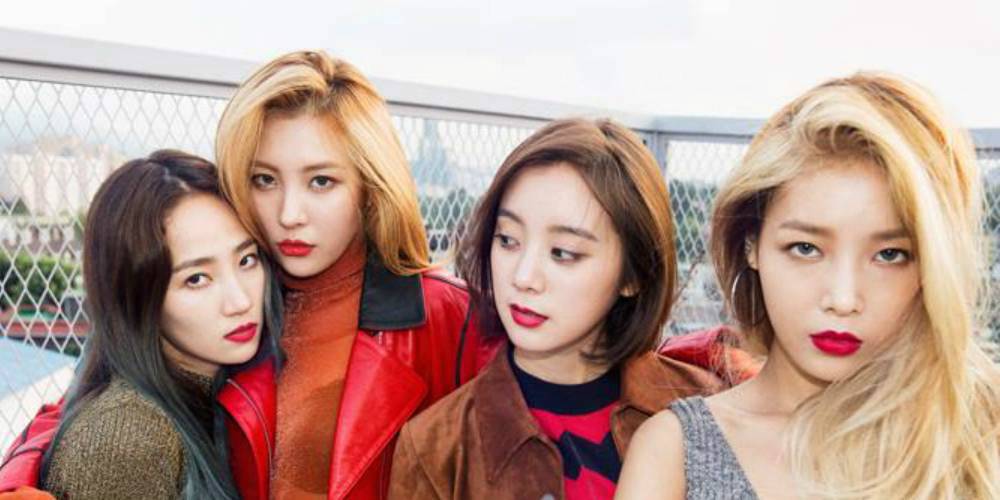 Well, it’s officially 2017 and I’m sure you’ve seen many year-end lists. I wasn’t sure if I wanted to go that route but I fell down a 2016 K-pop rabbit hole and managed to narrow my favorite songs from last year into a single list.

I still don’t quite understand the point of all the many sub-units of NCT besides SME not wanting to deal with another Exo-dus situation (while also wanting to make bank with another Exo concept). It’s crazy that the best release from SME that wasn’t a Taeyeon song was this random single but here we are. The “7th Sense” is a beat-driven, dance-heavy single that highlights the fancy footwork and smooth delivery of the NCT U members. It’s chill and has one of the best intros of any song I’ve listened to. If all they did was make music in this style, I’d want to know more about them.

All 3 are super groups in the making and I’m sure their fans will be battling each other more often as the older generation girl groups continue to fade. If you look at their popularity and sales, you’re probably wondering why Oh My Girl is ranked higher than them. To that, I say this is my list and it’s based on the music I seek for enjoyment. While I did enjoy everything these 3 groups offered in 2016, none of it stuck with me enough for me to download. The music videos were good enough. I do look forward to their 2017 releases.

I wasn’t sure whether to choose “Windy Day” or “Liar Liar” so I went with whichever song had the most listens on my iTouch. Both title tracks are great in their own ways but I feel like “One Step Two Steps” highlight their vocals and energy the best. The choreography is fun and it’s a perfect pop song. I do understand why it’s a B-single as there’s no discerning qualities to make it stand out the way “Liar Liar” does for its beat or the way “Windy Days” is known for its Middle Eastern influence. And it’s also not reggae influenced like their later releases (which I am trying to forget). But not every song needs to have a signature tone or melody to be deemed good. Sometimes you just need music to dance to while doing chores or driving around town.

I started listening to these kids because of this song and what I enjoy about it is that it’s not trying hard to be pop/rap single. There’s no braids, dreads or hoes and instead, it’s everything a boy band should be offering: melodramatic lyrics with an easy-to-follow music video and boys dancing in soft fabrics. The highlight of the live performance in the singers on their knees singing the word “pray” as the two members rap back-to-back (literally). The only negative part is that they’re signed to Cube, so they’ll be screwed over shortly.

BTS is rising and while I’m not invested in the group or any of the members outside of Jungkook, I do love that they’re giving Exo a run for their money. I believe “Blood Sweat” & Tears is the first Kpop/reggaetón hybrid and the beat grabs you the entire time. The instrumental is very dramatic during the chorus and then builds to probably the catchiest lyrics of 2016 besides “Shy Shy Shy”. I was singing “Wonhae Mani Mani” for 2 weeks straight! The music video is super extra, but not in a good way. Shout out to the random interlude that absolutely ruins it for me.

There’s something about Zico, Dean, and Crush in their solo “we’re (the) yellow race but I got black soul” that makes me cringe but surprisingly they came together to create something greater than the individual parts. Dean is smooth but hard in his opening and closing lines. Crush wants you bishes to stop acting like him and then there’s Zico, who sounds great even when he’s spouting nonsense. I don’t even care what the song is about, I just enjoy listening to it.

This dance jam is so catchy that I started humming along in my second listen. The melody is simply amazing! Here’s to a more prosperous 2017!

Sistar is one of the better situated 2nd generation girl groups. The members actually like each other, their company isn’t actively sabotaging them, and they select great singles to promote. I love “I Like That” and thought the single and video was sexy and fun. Sistar has consistently dropped yearly bops and while not all of them are top tier, none have ever been terrible.

It’s my lot in life to fall in love with unpopular groups. Dalshabet has been around for quite some time but they have not managed to capture the hearts (or wallets) of the Korean population, so they continue to work hard for that elusive first win. It’s tragic since “Someone Like U” is a great song. The ‘80s-influenced Brave Brothers sound keeps you bobbing your head throughout and the girls are charismatic with every lyric. The music video has a random middle space but it’s colorful and fun to enjoy. They even blessed us with another jam, “Fri Sat Sun,” which was also not well received. I’m hoping we get more solid quality music before the inevitable disbandment.

Queen Tasha, first of her name, graced us with the hip hop single of the year. I know she isn’t considered “trendy” like the younger, paler kids on the block with terrible hair and problematic life choices but it did not sit well with me that she (and many other female rappers) continue to be looked over or ignored come award season. “JamCome On” is romantically driven with Mirae’s trademark flow. It’s literally the chilliest song I’ve listened to all year. The music video is fun and different from anything you’ve seen in Kpop this year. I am greedy for more music from this legend in 2017.

Love her or hate her, the girl can sing and while she dropped many singles in 2016, nothing lived up to the first SM Station release, “Rain”. Taeyeon’s status as a singer (who just happens to be an idol) has allowed her solo career to flourish since her solo debut last year. Recently, she was caught in a social media beef with Wiz Khalifa and I’ve pretty much canceled her for the time being. I may love her tone, but the girl is hella problematic. She will be releasing her first full-length album in February and it could be either hit or miss depending on if she follows the “I” (loved it) or the “Why” (hated it) concept. 2016 has been a solid year for her, so I’m sure she’ll continue to soar in 2017.

Jieun has a beautiful voice and it works very well with mellow, pop/r&b music she tends to stick to. It’s just good, solid instrumentals with honest lyrics and more in the style I like in my day to day. “Bobby Doll” is a tongue-in-cheek, saucy song with an interesting video, however, where she shines is with the mini album. “I Wanna Fall in Love,” “Oasis,” and “괜찮아요” are some of my most listened to songs in 2016. I wish she was more popular but that seems to be a theme with my favorite Korean idols.

It’s no secret that I love Jessica and have always loved Jessica. When she was in Girl’s Generation, I tolerated the group to a certain extent to stan her and then dropped them when she was kicked out. Her debut mini, With Love, J, is an inspirational body of work that reminds us all that we’re stronger than we think. Her latest mini, Wonderland, has more dance friendly bops and is less constrained in comparison but it still delivers a similar love yourself and be happy vibe. While there were many singles that I enjoyed, nothing warms my ice-cold heart like “Golden Sky” does. It’s a dedication to us, her fans, comparing our support and love to the undying light in the sky. She sounds amazing in it and the lyrics are beautiful. It was rough trying to place this single because of how much I love it but I wanted to be more objective with this list.

Yeah, so disregard what I just wrote because Shinhwa’s “Orange” is my #2 choice and this is completely due to me being a stan as it is most certainly not their best single. This song is also a dedication to us, the fans, with the title being related to the fandom color and the lyrics mentioning the unchanging love and devotion these long-running idols have received. The video’s cute, the song’s cute, the boys are cute. I listen to it every day without any regrets and have already bought their 13th album. Even at their worst, Shinhwa’s music is still better than most of the idols on this list, so I will gladly continue to promote them to the masses.

I wasn’t sure what to expect from the follow-up to the 2015 best album, Reboot. I was also very skeptical about the reggae influence as that is usually a HaHa involved mess. Thankfully I was wrong about everything and the Wonder Girls gave us the bop of the year. The song is an up-tempo jam describing the depressing notion of being with someone and feeling lonely anyway. The girls continued with their successful band concept and they sound amazing live. They also look fantastic. The video is a psychedelic-themed buffet with just enough of their individual personalities to keep it grounded in who they are as a group. I truly hope they re-sign with JYPE and stun me for the third year in a row.

Natandy lives in the 6 but has regrettably never met Drake. She loves Kpop, comic book movies, and her favorite genre to read, write and watch is fantasy. You can find her on Twitter (@ashleyt17) where she is constantly confused about How To Get Away With Murder and gushing about Kpop at the Music Mind (themusicmind.com).