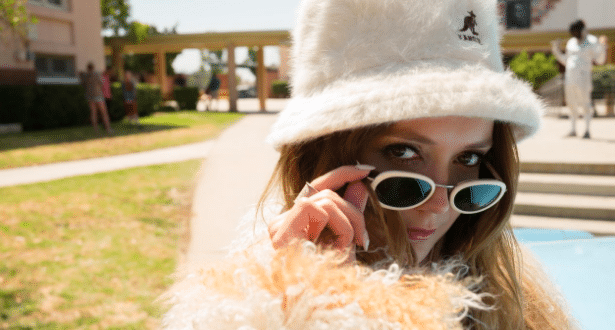 Black Girl Nerds takes a look at the new Booksmart film with 24 things you did not know about Billie Lourd and her character Gigi. Wait till you read #24 — it will touch your heart.

The first thing you might notice about the film is that Billie plays a supporting role.

Gigi (no last name, because she does not need one, just like Cher or Madonna). Gigi is an aura-reading wizard of a character that shows up when you least expect her to. She is just over-the-top really rich and is deeply kind in her soul.

Billie laughed so hard at the script, she wanted to join immediately.

When asked, she replied, “I wept tears of joy. It was hysterical. I am a little bit of a hardened, jaded human. But when I read this script I was rolling on the floor because it was so damn funny.” She even invented her own word for how hilarious and real it is: “Hilareal.” The perfect blend, like a smooth coffee.

Billie described her experience working with Olivia Wilde as a dream come true.

She went on to use adjectives such as smart, humble, organized, beautiful, and kind. If she could, she’d want Wilde to be her mother, she admires her so much. 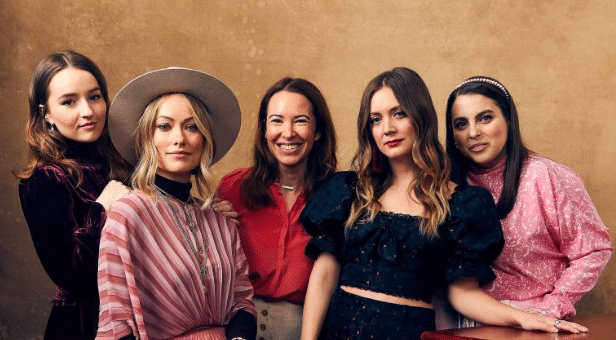 Billie proves that even in her off days, she can still land the role she wants.

She was quoted saying to the production, “I was having a weird morning. I don’t know what’s happening. Somehow, I became Gigi.” They called her later and offered her the part.

Billie wanted to share her excitement at getting the role right away.

When she woke up her “lightly hungover boyfriend” to share the good news, his reply was, “Oh my gosh, I am trying to sleep. But that’s amazing.”

Billie is her own harshest critic.

She expresses doubt in herself even when others praise her performance. After her audition, she said she called her dad and told him,  “I f—ed that up. Even shed a couple tears after.”

The biggest surprise for her was finding out how awesome everyone on the production was to work with.

“It was like going on a dating app and selecting all your friends.”

Billie said the following about the cast:

“We are all deeply obsessed with each other. We go to dinner together and hang out.”

Their social cliques, however, never crossed paths. What would that high school experience have been like if they had?

Billie’s character Gigi tries to befriend the characters of both Beanie and Kaitlyn by drugging them with acid.

Despite being a happy character on the exterior, Gigi is deeply sad and tries to make friends the only way she knows how. 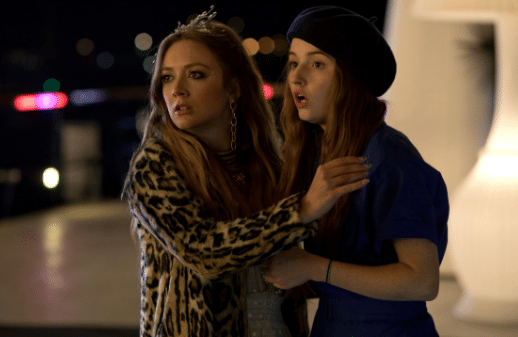 When asked about how it felt to be back in high school:

Billie’s high school experience was “not a fluffy environment.”

She explained, “Great teachers, but socially a little bit rough. As all high schools are.”

One thing Billie hopes is:

“I hope they take away from this film is that the audience laughs so hard they cannot breathe.”

Booksmart puts a magic cloak over the film Super Bad.

The movie transforms it into a lady’s version, which just means it’s more fun.

Love is a component of the film.

Gigi is in love with life and wants to experience every aspect of it.

With Olivia’s blessing, Billie deviated a little from the script.

She did this in order to allow her character to grow and develop more.

When asked how this film differs from American Horror Story, Billie said:

“It’s exactly like AHS—no, I’m just kidding. In AHS, we are working 16 hours day. It is a machine. There is no time for chitchat. Acting in this film is like a vacation. I have to go back to work next week.” 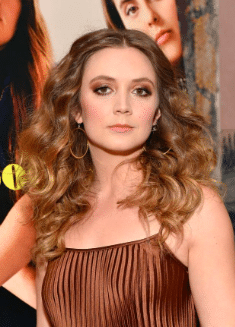 The film’s cast and crew were predominately women.

Billie related how this made her feel so comfortable. “I think that is why the set was so magical and so positive. Olivia created this amazing environment where we were all just comfortable with each other and really supportive. I think it was because a woman was at the helm.”

“Olivia has taught me so much. She teaches by example,” Billie said.

“I watch her every day, and I want to do that.”

Billie has aspirations of being a director one day.

In response to that question, she said, “Oh, yeah! Sorry that was aggressive, but yes, I definitely want to direct. But I do not have any plans just yet. My life is a mystery so we will see.”

“I have enjoyed my experience [on Booksmart],” she said.

“There is not one day that I have not enjoyed.” 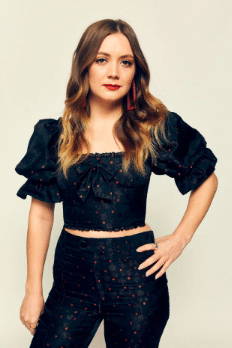 When asked about Gigi’s fashion, Billie replied, “[Gigi’s style] is everything.

It is like Courtney Love, mixed with [Scream Queen’s] Chanel #3, mixed with Cher, mixed with everything magical. She is a gay icon, for sure. That is what I want her to be.”

Don’t miss the scene in the movie in which Gigi does a swan dive.

The final word about Billie is from her mother.

“My mom used to say, ‘If life isn’t funny, then it’s just true.’” Billie continued by saying, “My mom would have lived for this character.” 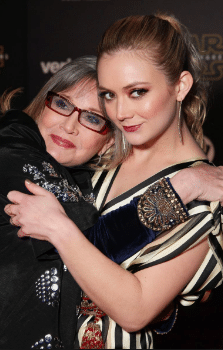 The Guys of ‘Booksmart’ Tell All

Olivia Wilde Tells Us Why We Should Watch ‘Booksmart’