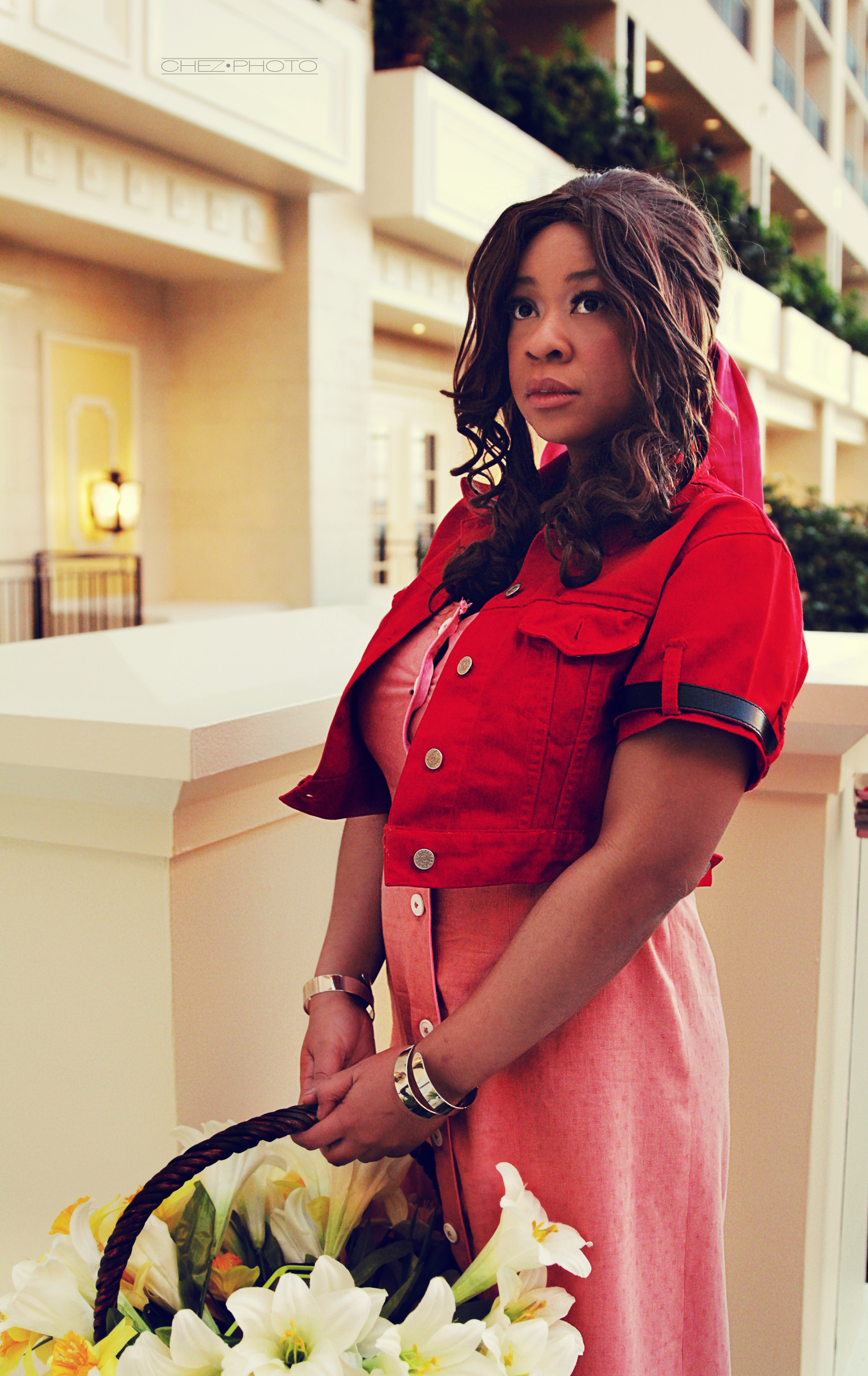 Either a closet cosplay for L when they were releasing the Death Note movies in American theaters, or Deidara from Naruto at Tandokucon ’07.

I would say sewing and wig styling, though I don’t think I’m an expert at either, by any stretch of the imagination. I’ve occasionally gotten the comment that I really ’embody’ the characters I dress as, but idk. It always makes me feel good to hear that though. :3

I tend to buy things over the course of the year so the costs are spread out. Because of that, I’m not really sure. But hands down the most expensive thing I ever bought for any cosplay was my Buster Sword. I love it very much, but GOD that was a punch to the wallet. I got it as a present to myself when I got a promotion at work :> 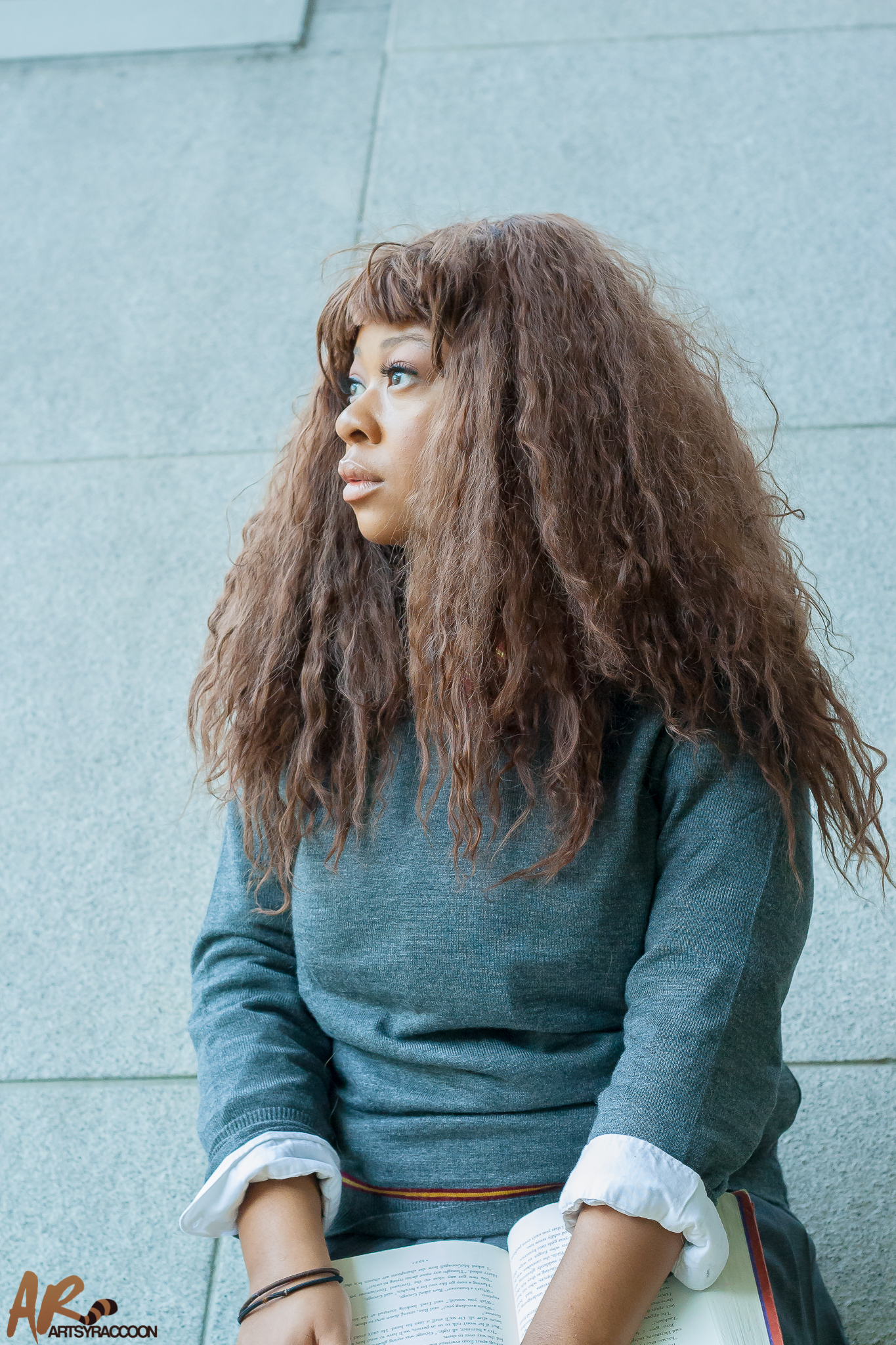 Tied right now between Katsucon and Anime NEXT~

Anything on the West Coast, I wanna be where it’s warm~~~~

Hard to say. Before it would have been Anthy, but I got to do her in 2015. Now, maybe Midna from Twilight Princess? Or Princess Tiana??

The process. It stresses me OUT. No matter how prepared I think I am, every costume I make sends me into a panic about whether it will get finished in time, and if it will look the way I want it to. There’s also things about the community I don’t like, but I feel like that’s just the same with anything. People are people, and while cosplay is supposed to be this “all encompassing open and welcoming space” the reality is that you see all the same things in the community that you see outside it. That’s not so much something I hate, more like just a sad inevitability. :<

The process. It may stress me out, but cosplay gives me the chance to set goals and hurdles for myself, and then to complete them and showcase my work. It soothes my brain to put countless hours into details in a costume that no one else will notice, just for the knowledge that it came out exactly as I wanted it to. It also gives me a chance to support other people’s amazing work. I was an unsociable 15 year old when I started cosplaying, and over the course of the years I have learned to open myself up to others and share and try things I might have never done without this hobby driving me. It has also introduced me to great people, and fantastic photographers, and wonderful friends. 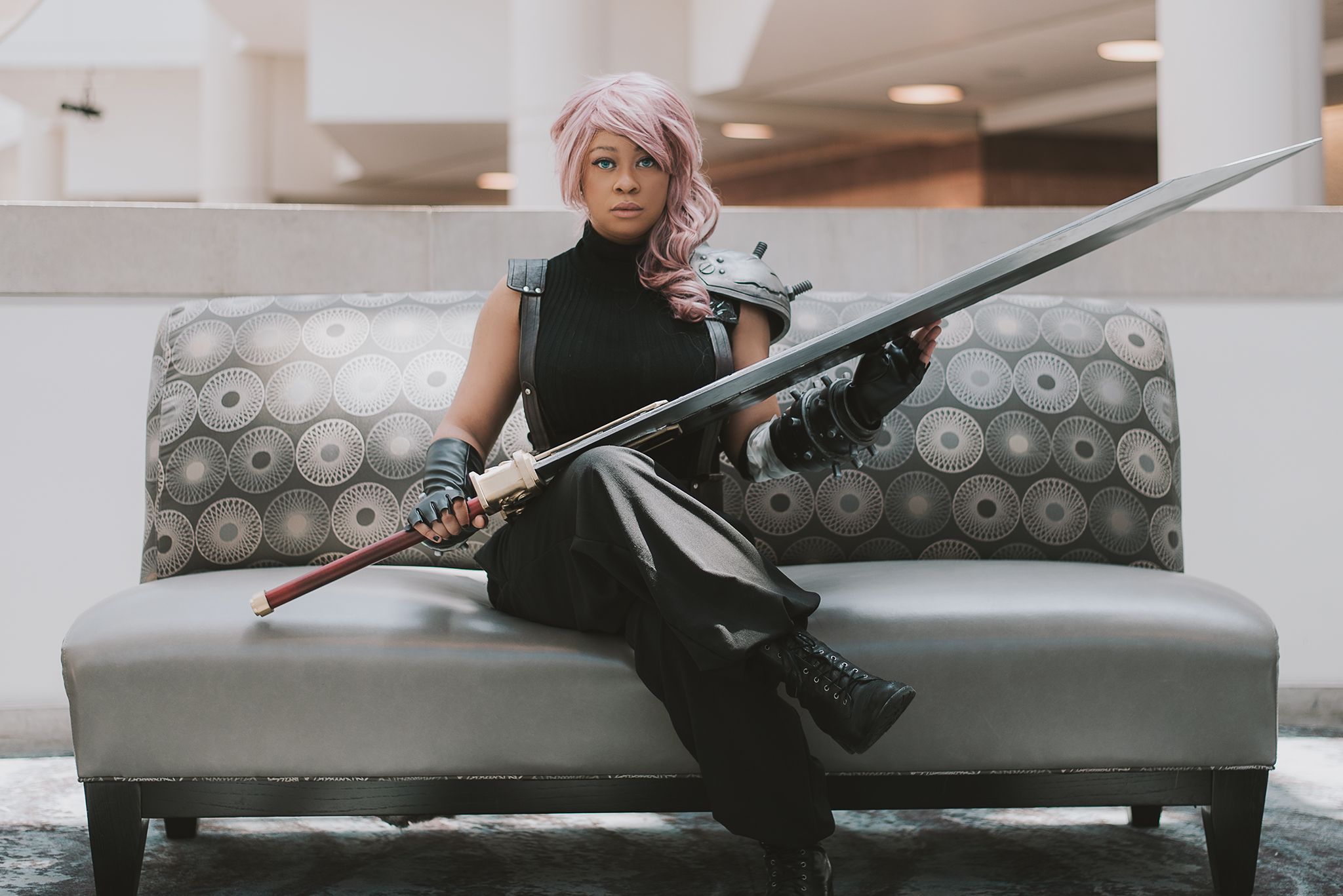 I don’t know what to put here??? I’m really lame tbh uhhhhhhhhhh hopefully I’ll be at Blerdcon this year?? I’m really hoping to go, since a Black nerd centric con has been my Dream since I was but a wee wigless child ;;v;;

Lightning from FFXIII, Photo by Zerochromatic