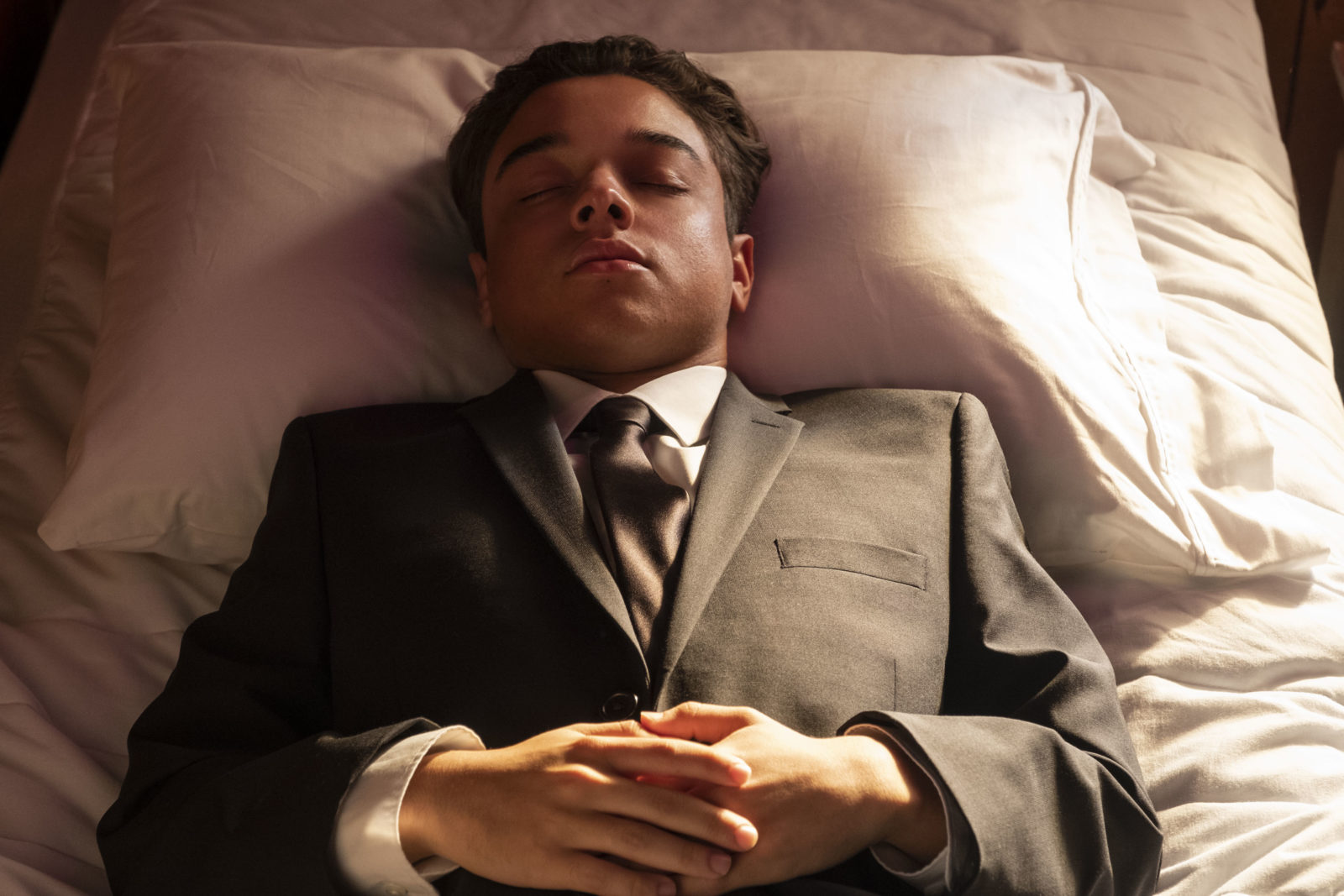 On My Block has released their cold opening for season 2! (If you have not seen it, I highly recommend checking it out!) The opening is tragic, but beautiful filled with heavy angst about who we lose, who survives, and the consequences that follow tragedy.

I had the opportunity to speak with the creators and cast of On My Block to get a better understanding of what is to come for season two, and it will be eventful, to say the least! Also, an understated and bonus sneak peek that is shown in the opening is the vast improvement in the visual language and camera lighting of the characters in season 2!

Here are three major plot points to look forward to for this upcoming season.

On My Block deals with PTSD (Post-Traumatic Stress Disorder)

Fans of On my Block are well aware of the great tragedy that occurred in the season 1 finale, which resulted in a cliffhanger that was extremely morbid. On My Block is a show that is based on reality, which unfortunately means that the consequences of the season finale are identifiable by mirroring our current society where gun violence is deadly and rampant. According to Bret Gray (Jamal), “season two does not pick up as far away from that event as some fans may think and the show will explore how everyone is dealing with the tragedy”. Co-creator Eddie Gonzalez said, “fans should expect a darker tone this season, however, they have found a way to authentically balance the tone of the show with tragedy and comedy, because it is important to not short change their audience”.

I am anxious to view season two of On My Block and to see how they tackle PTSD in this community. I stan for a responsible show that allows for characters to grieve and explore their feelings following trauma, especially in under-resourced communities.

Monse will further explore her relationship with her Mother

Monse is everyone’s favorite tomboy of the crew! On My Block season 1 did a great job of laying down the foundation of her character. Monse was raised by a single father, she is bi-racial, she is fierce and she is a selfless friend, but Monse also has abandonment issues stemming from the absence of her mom. Throughout season one, we learn bits and pieces about what Monse knows about her mother (she keeps things that her mom left behind in a shoebox in her closet) that led us to a heartbreaking episode in season 1 where Monse finally comes face to face with her estranged Mother. Sierra Capri (Monse) and Co-creator Lauren Iungerich alluded to the season 1 tragedy being a catalyst for Monse to pursue a relationship with her Mother throughout season 2 after the harsh realization that tomorrow is not always promised.

Through Monse’s explorations of a relationship with her Mother, she will be taking a journey of self-identification. As most of us know, identity is complex, and self-discovery can be hard and for Monse, it is intensified! Sierra Capri said “Monse’s mom identifies as something other than what she is and this season we will understand why she has a new life on the opposite side of town. And for Monse, to not understand where you come from and not understand who you should identify with based on your physical appearance is a struggle in itself.” Monse’s father is Black and her mother is Latina, and in her community, during season 1 we saw segregation in terms of gangs. One of the gangs is predominantly Black (the one that the shooter in the finale is a part of) and the rival gang is predominantly Latino (Cesar and his brother’s gang). After the tragedy in season one, the community will be facing a shift and Monse will be caught in the middle. According to Sierra Capri “Monse will have to navigate the two worlds which she can either be accepted by both, by one, or by neither. This will be a turning point for Monse”.

I am particularly curious to see how On My Block handles the Monse journey of self. Identity is complex especially when dealing with the intricacies and sometimes conflation of color (race) versus culture. Although racial identity can seem daunting, I trust that the show will find an entertaining way to convey this because in season 1, the show showed some hilarious banter between Jamal and Monse when she tried to revoke his “black card” and he reminded her that “halfsies are not allowed to revoke”.

Cesar has heavy consequences this season

On My Block does a great job of creating empathetic and three-dimensional characters. Cesar is a prime example. Season 1 showcased Cesar as a young boy in love trying his hardest not to enter the gang life, but ultimately, he had no choice. However, after becoming a member of a gang he makes the choice to not take a life and that is one of the repercussions that led to the tragedy at the end of season 1. On My Block season 2 will follow Cesar on his journey of losing his innocence.

Diego Tinoco shared that “Cesar will be dealing with guilt and the idea of being in a situation that you can not control will be fleshed out more”. Co-creator Eddie Gonzalez shared that Cesar will have to face some real consequences and Diego said, “Cesar and his brother are not as close and there will obviously be some sort of punishment for Cesar’s actions because you can’t do that in gang life.”

On a brighter note for Cesar’s character, he and Monse are still together and public with their love. Cesar and Jamal become very close this season, almost like brothers. And from the scene was able to watch, Brett Gray and Diego Tinoco are a hoot and I can not wait to see more!

Jamal has found the money!

On My Block season 1 followed Jamal on this insane journey to find the hidden treasure of the neighborhood and through perseverance he finally found it! Season 2 will take Jamal on a mission to clean the money, this is not ordinarily an easy task, but with the wild imagination of Jamal, the task is that much harder because he believes the money is cursed.

Brett Gray (Jamal) and Co-creator Jeremy Haft are super excited for the gnomes this season (me too!). Brett shared that “Chivo is back this season and better than ever and Juanita is better than ever”. We watched Jamal is season 1 lie to his father about football and in season 2, Jamal has another secret he is withholding from his dad that (from what I saw) will provide a lot of comedy!

Brett shared that he is thrilled that he is able to play the fantastical character of Jamal in South Central L.A. and said, “just because we are so inclusive, does not mean we have to be so heavy.” I agree wholeheartedly, Jamal is a 14-year-old boy that is able to maintain his wild imagination in the backdrop of tragedy and there is something innocently beautiful about seeing hope in the eyes of wonder.

On My Block premieres on Netflix March 29th.