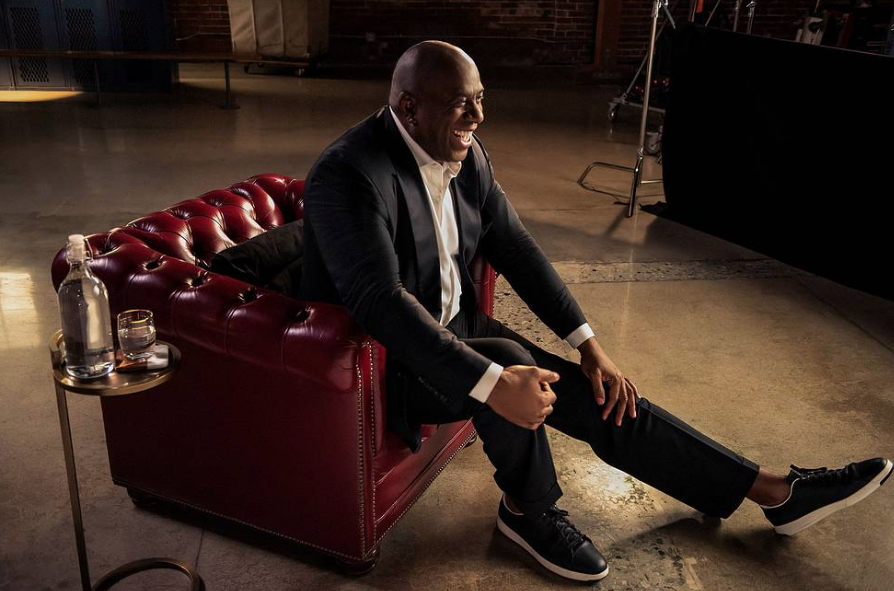 Apple TV+ announced today They Call Me Magic, the highly anticipated four-part documentary event that takes an illuminating, holistic look into the life and career of Earvin “Magic” Johnson, one of the world’s most iconic figures, will premiere April 22 on that network. They Call Me Magic offers a rare glimpse into the incredible real-life story of Johnson, who left his mark on history through his work — both on and off the court — and continues to impact our culture today.

With unprecedented access, the docuseries explores Johnson’s remarkable journey from being the face of the Los Angeles Lakers and cementing himself as an all-time NBA legend to changing the conversation around HIV to transforming into a successful entrepreneur and community activist. They Call Me Magic features intimate interviews with Johnson, his family, and an all-star lineup, as the docuseries charts the cinematic life of one of the biggest cultural icons of our era, from his humble beginnings in Lansing, Michigan, to his status as the global force he is today.

SXSW 2022 Review: ‘They Call Me Magic’ Documentary is Actually Quite Magical