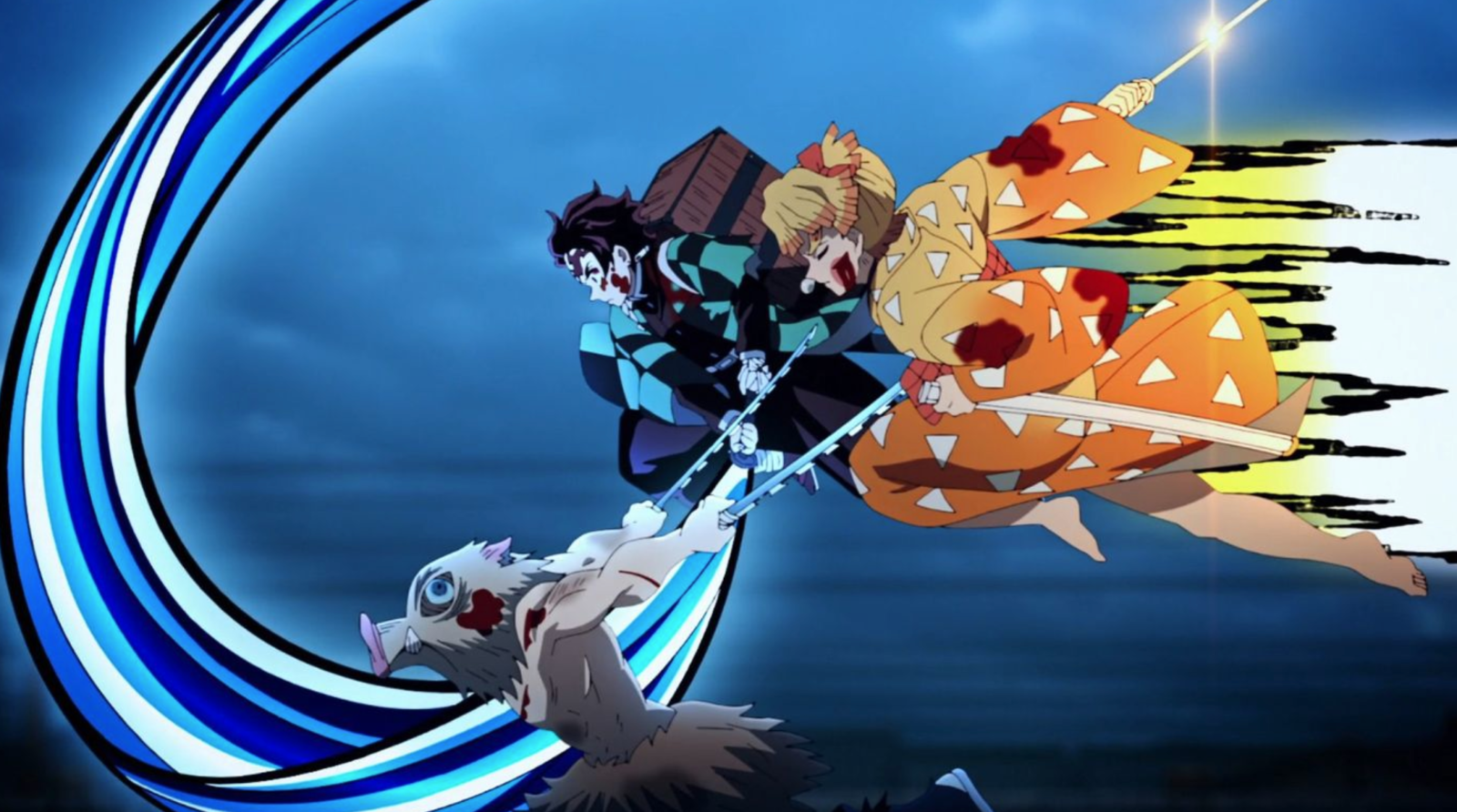 Good friends in anime are crucial. They provide support in times of crisis, push our favorite MCs to achieve their goals, and inspire moments that tug at our heartstrings. Here are five examples of anime besties that are always there for each other through thick and thin. They embody the phrase “ride or die.”

Where To Watch: Funimation

Goten and Kid Trunks are an unlikely pairing, considering their dads have had an ongoing rivalry their entire lives. Although their dads insist on having them compete against each other, that doesn’t stop the two half-Saiyans from becoming the best of friends. The glue that keeps this friendship together is how they match each other’s energies: they both accomplished impossible feats of strength and mastered advanced martial arts techniques all before the tender age of ten.

Ever since Goten and Kid Trunks were old enough to fly, they’ve been inseparable from one another and can often be found causing mischief and wreaking havoc all over Universe 7. Their long list of pubescent adventures has included competing in tournaments of power, dining and dashing, and tag-teaming superpowered foes. As if the two weren’t close enough, at one point, they literally become inseparable after mastering the fusion dance technique to become the pre-teen arrogant warrior Gotenks.

Hunter X Hunter’s Gon and Killua are the quintessential anime besties and have been inseparable since they met at the start of their Hunter exam.

They say that when it comes to love, opposites attract, and no twosome could be more opposite than Gon and Killua. Killua’s cold and stoic demeanor is perfectly offset by Gon’s gullibility and optimism, which really brings out the childlike innocence in him. Gon’s unwavering faith in Killua softens him and inspires him to become a better person as he opens himself up to the concepts of trust, loyalty, and friendship.

The two work side by side relentlessly, overcoming life-threatening situations and supporting each other’s goals while never breaking their promise of having each other’s backs no matter what. The love shared between Gon and Killua is so strong and pure, it’ll hit you in the feels as you watch their friendship blossom during their complex journies of becoming Hunters. If that’s not a friendship goal, we don’t know what is.

For all intents and purposes, Yuno and Asta from Black Clover should hate each other. They consider each other to be rivals, have clashing personalities, and both have dreams of accomplishing the same goal: becoming the all-powerful Wizard King. However, instead of allowing these things to drive a rift between them, their rivalry brings them closer together in a relationship that is more “kinship” than “arch-nemesis.”

The two foster brothers have walked down adjacent paths since they were children and always seem to be on opposite ends of the spectrum. Although Yuno has had the advantage of prestige and reputation, having been gifted exceptional magic powers since he was a kid, he was always on the quiet and reserved side.

Meanwhile, Asta–– who has had to prove himself worthy since he was born without magic –– has always had a fighter’s spirit with a passion and determination that Yuno finds aspirational. The two learn a lot from one another, playing off each other’s strengths and challenging the other to become better, stronger versions of themselves.

Yuno and Asta often use their opposing magical abilities to overcome challenges and take down invincible foes. Even with these two striving toward the same goal, they would rather jump to each other’s defenses than see their rival fall at the hands of someone else, and it’s that loyalty and respect that makes this best friendship so unique.

Where To Watch: Hulu

When it comes to the Sailor Scouts, the love and friendship run deep and have survived dimensions, timelines, universes, and near-death experiences. The best thing about the Sailor Scouts is that they’re not just friends of Sailor Moon’s, they’re also her guardians, protecting Usagi and running to her aid without hesitation whenever she’s in trouble no matter what form she takes or what threat she’s up against.

Sailor Moon, Mercury, Mars, Jupiter, and Venus put their lives on the line for one another and have given everything to their friendship from their magical powers to emotional support. Even with Sailor Moon being the bad-ass heroine that she is, she doesn’t hesitate to give credit to her friends and will be the first to admit that she wouldn’t have gotten as far in power or life without the support of her best (girl)friends. That right there is a bond we can all look up to.

Where To Watch: Netflix

What’s not to love about Tanjiro, Zenitsu, and Inosuke? The ragtag trio from Demon Slayer have been through everything together since joining the Demon Slayer Corps strengthening their bond and growing as people and as partners.

Tanjiro, Zenitsu, and Inosuke are all newbies in the Demon Slayer world and have come up together in strength and ranking. Since deciding to travel to the Japanese countryside together, they’ve gone through grueling training, suffered a devastating loss, and used their own special sword-fighting techniques to help takedown blood-thirsty demons.

Tanjiro, Zenitsu, and Inosuke each have distinctive personalities which offer something different to the dynamic:

Throughout their partnership, these three amigos have grown exponentially as Demon Slayers and as men. They found a way to work together seamlessly, delegating tasks and pushing themselves beyond their limits to support each other in the event of trouble.

Not only do they use their breathing techniques in unity to protect each other, but during moments of despair and self-doubt, they boost each other up with words of encouragement and reassurance if ever one should need it.

Head to Crunchyroll, Hulu, Funimation, or Netflix to stream episodes of more anime with aspirational bonds and friendships.