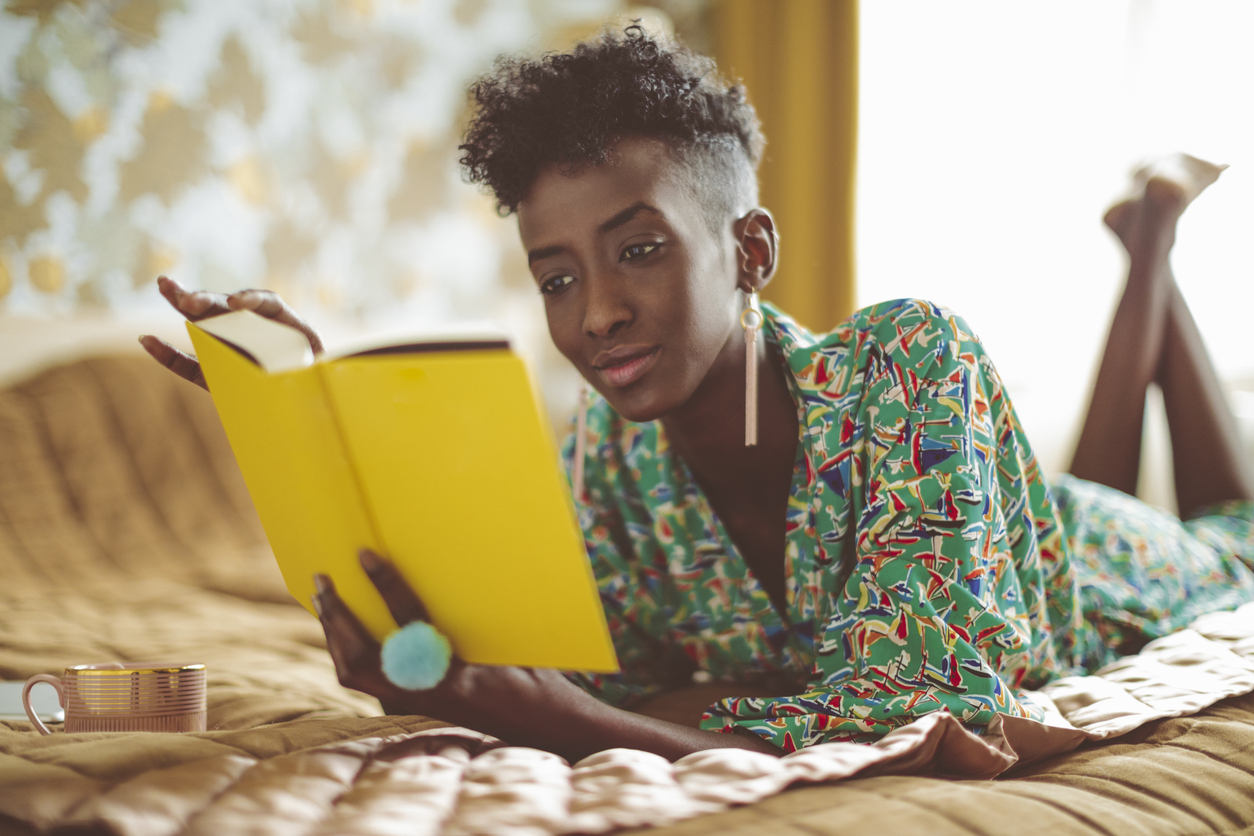 We are in the midst of that time of year when people are thinking about new goals and resolutions, setting up better routines, or determining how they can become the best versions of themselves.

Books have the power to change lives. Reading is a great way to learn, understand, and grow. As an avid reader, I make a point of focusing on books that celebrate Black women and our experiences — books that help shape my ideas as a Black woman and how I see myself and the world.

Being able to see our realities reflected in the books we read is important. Some of the following books are difficult to read and force us to confront challenging truths about our place in the world. But we can also find joy, and these books give us permission to be who we are.

Their Eyes Were Watching God by Zora Neale Hurston

This 1937 novel was born during the time of the Harlem Renaissance. Nanny believes that Janie should marry a man not for love but for protection. Janie’s first two husbands treated her only as domestic help and didn’t love her at all. Hurston explores traditional gender roles and the relationship between men and women. She wrote about how the main characters waited to see how nature would determine their fate: “They seemed to be staring at the dark, but their eyes were watching God.” With this line, the characters recognize the lack of control they have over their own lives, and they can only be saved if God sees them.

As much as I love Oprah, I believe she misinterpreted the theme of this book when she produced the television movie in 2005, starring Halle Berry and Michael Ealy. She modified the characters’ personalities and the symbolism into a story that was far removed from Hurston’s book. It’s not a love story, as she molded it to be. It’s a story about a Black woman on a journey to find herself. It always pays to read the book first!

Sister Outsider is a collection of essays and speeches written by one of the best to ever do it. Lorde’s work focused mainly on her own identity: Black woman, lesbian, poet, activist, cancer survivor, mother, and feminist. She made a point of stressing that sexism is a problem in America, especially for Black women. We face many different kinds of oppression that are unique and not faced by white women. One of her essays is a response to an article about how sexism affects Black men, written by Robert Staples. Lorde argues that Black feminism is not threatening to Black men because it is necessary and based on the experiences of only Black women. She also accuses Staples of believing in the same model of success (masculine dominance) that is used against Black people overall.

I Know Why the Caged Bird Sings by Maya Angelou

This 1969 autobiography describes writer and poet Maya Angelou’s early years. The first in a seven-volume series, it is truly a coming-of-age story that demonstrates how strength of character and a love of literature can help overcome racism and trauma. Angelou uses her autobiography to explore subjects such as identity, rape, racism, and literacy. She also writes about women’s lives in a male-dominated society.

The Color Purple by Alice Walker

A book that spans over the course of forty years, it tells the life of Celie Harris Johnson, a Black woman living in the South who survives incredible abuse and bigotry. After Celie’s abusive father marries her off to “Mister” Albert Johnson, things go from bad to worse, leaving Celie to survive any way that she can. She perseveres and never lets go of the dream to reunite with her sister Nettie.

Most people recall the 1985 film adaptation of the book, starring Whoopi Goldberg, Oprah Winfrey, and Danny Glover. This was a time when the movie did not disappoint and stayed true to the novel. Although the book is not based on a particular true story, it was discovered that the story was loosely based on Walker’s step-grandmother.

When I read this book, I laughed, I cried, and I could actually relate to parts of Michelle Obama’s life. I felt as though I knew her. That is the light of this memoir. The former First Lady of the United States details her life growing up on the South Side of Chicago and how she found her voice. She shares deeply personal experiences, including the loss of her beloved father and her struggles with infertility. The book also talks about her time in the White House, her public health campaign, and her role as a mother.

Becoming has also been adapted for young readers. She shares her views on how all young people can help themselves as well as help others, no matter their status in life. She asks readers to realize that no one is perfect and that the process of finding yourself is always evolving.

Michelle Obama’s ‘Becoming’ Set For a Documentary on Netflix

Win a Free Copy of ‘Becoming’ by Michelle Obama