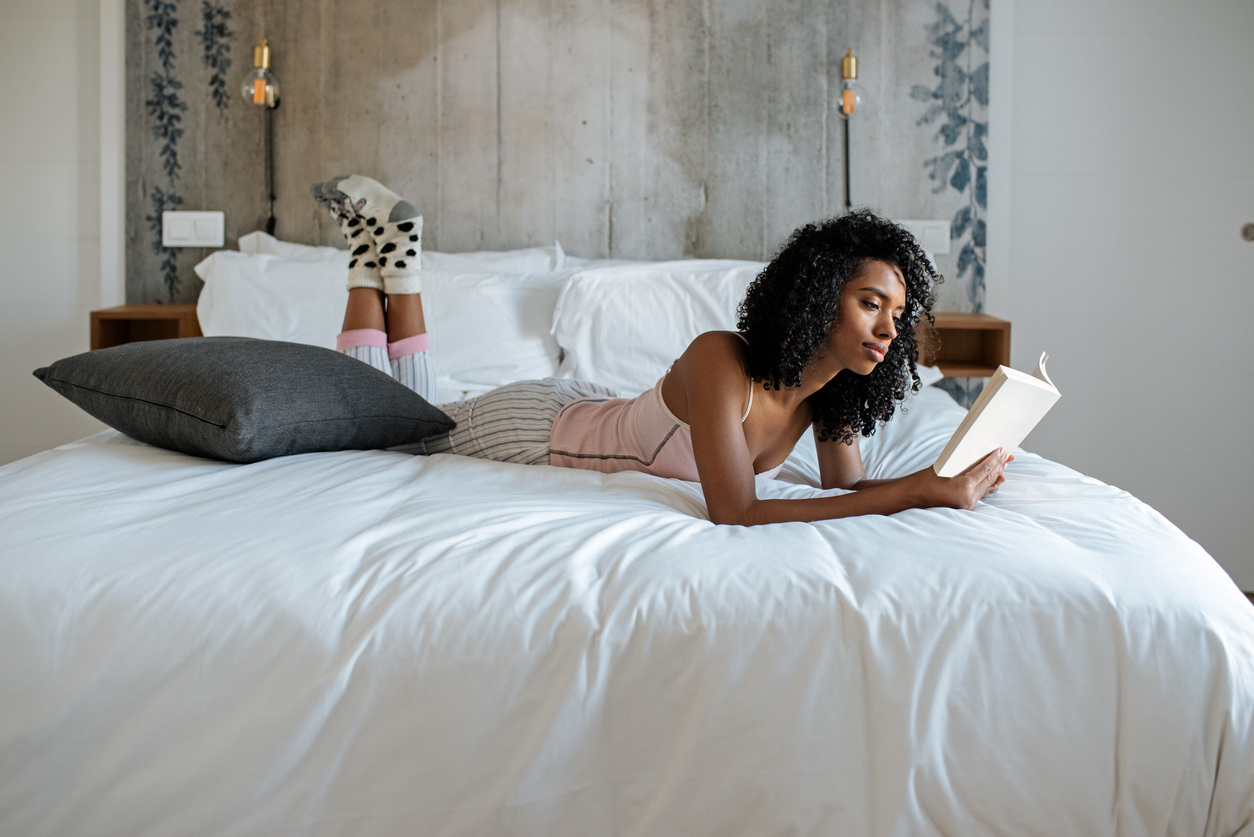 I have five books by Black women authors that you’ll definitely want to add to your reading list. From a short story collection about a Black American family to a tale of alien science and magic these picks will keep you cozy.

Writing short stories is an art form, and Johnson does not disappoint with her debut. In Light Skin Gone to Waste, we follow a Black family, the Arringtons, as they move to a small, predominantly white suburb of New York in 1962. We follow the family as Phil begins his private practice and Velma opens her antique shop. They buy new homes, collect art, go skiing, and have amazing adventures.

It seems as though they’ve made it in the white world. However, their daughter Maddie bears the worst of the town’s racism. She realizes that her family’s money and prestige can’t save her. She learns a hurtful truth about her father and has to decide who she is in spite, or because, of her family.

Black Women Will Save the World by April Ryan

The respected, trailblazing White House correspondent reflects on “The year that changed everything,” 2020, and Black women’s unprecedented role in upholding democracy. Ryan’s reporting has focused, on the challenges facing Black Americans. In her new book, Black Women Will Save The World, she reflects on that experience and those of other prominent Black women in power.

There are profiles and in-depth interviews with influential movers and shakers. She explores the challenges Black women endure, and how the lessons they’ve learned can help us shape our own stories. Ryan also chronicles her personal journey from working-class Baltimore to the elite levels of journalism. She speaks out about the hurdles she faced in becoming one of the most well-connected members of the Washington press corps.

Anywhere You Run: A Novel by Wanda M. Morris

The time is 1964 in Mississippi. Two Black sisters try to make it in the South and want a better life. Violet Richards is brutally attacked by a white man, whom she ends up killing as a result. There’s no way that the Jim Crow south will allow her to get away with this, so she runs away.

In the meantime, the other sister Marigold has dreams of going to law school and working towards changing things in Mississippi. But she finds herself pregnant and unmarried. Both sisters are on the run – one from the law, the other from social shame. Neither realizes that there’s a man hot on their trail who has a disturbing motive for finding them.

The Women Could Fly by Megan Giddings

In this novel, the women are capable of magic, which leads to the government monitoring and regulating them. In Giddings’ second novel, Josephine’s mother, Tiana, disappeared 14 years ago. The premise here is that when women do anything unpredictable, they are presumed to be witches. When your mother disappears under suspicion of witchcraft, people think you’re a witch, too. The government also mandates that women marry by age 30; by age 28, unmarried women must enroll in a registry.

This story gives major The Handmaid’s Tale vibes. Readers are presented with a near-future where women — sometimes men — live in authoritarian societies with limited rights and freedoms and are under constant surveillance. When Women Could Fly offers a more topical take on this genre, especially with what is going on with abortion laws. Although the reality it presents us with is embedded with fantastical elements, reading this story still made me uncomfortable.

Will Do Magic for Small Change by Andrea Hairston

This is one of those books you start and realize you’ve been waiting to read for a long time without knowing. Will Do Magic for Small Change centers on Cinnamon Jones, a Black girl in 1980s Philadelphia, attending her half-brother’s funeral. Her brother left her a book written by an alien wanderer from another dimension who appeared in West Africa during the 1890s. The wanderer’s story is not complete, and more sections continue to appear through Cinnamon’s teen years.

Eventually, Cinnamon realizes that the wanderer’s story has some mysterious connections to her own family history. It is heartbreaking and game-changing while celebrating West Africans, Native Americans, art, and love that endures no matter what. It mixes genres with aliens and magic and explores themes such as race, gender, sexuality, and family history. It’s one of the most original novels I’ve read. I’d call it beautifully strange.

How to observe National Book Month: