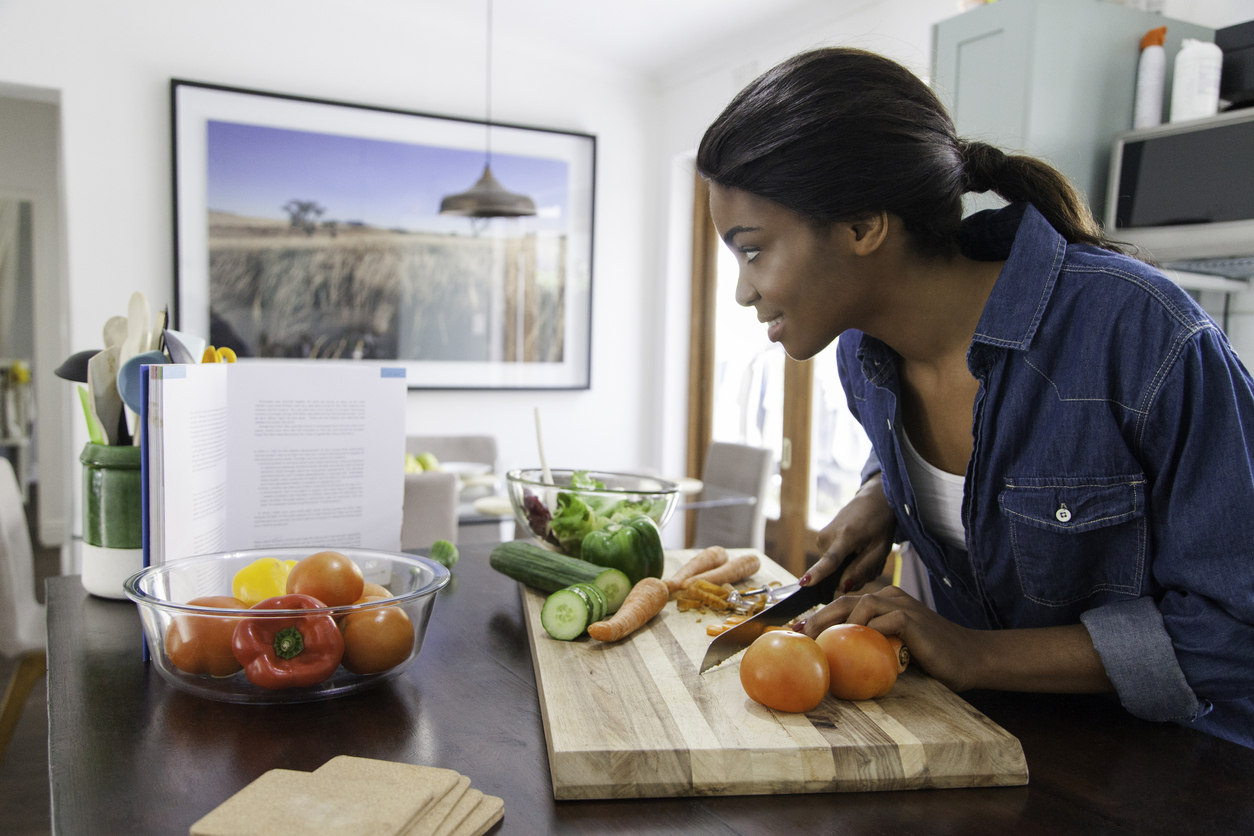 With Pinterest, AllRecipes, food blogs, and other online recipe sites, it’s never been easier to get your hands on any recipe you can imagine. Even with colorful photos, step-by-step videos, reviews, and ratings, there is just something satisfying about the look and feel of a real cookbook in your hands.

Since the beginning of the pandemic, at least 90,000 restaurants have closed – some permanently, according to data released by the National Restaurant Association. Although many have reopened their doors, the industry is still slowly recovering. October is National Cookbook Month and the perfect time to celebrate the mouthwatering selection of cookbooks available, as well as support Black women chefs, and restaurateurs by purchasing their cookbooks.

With that being said, I have my five cookbook picks that you’ll love.

Cooking From the Spirit by Tabitha Brown

For more than a year and a half, Brown lived with an undiagnosed illness and was willing to try anything to stop the pain. So, she decided to try a thirty-day vegan challenge, and the rest is history. Since then, we’ve seen her cook up plant-based recipes on social media with that signature voice we all have come to adore.

I love that, with this cookbook, you don’t have to be vegan to enjoy the recipes. They are easy to prepare and taste so delicious. If you’re new to cooking, or to vegan cooking, her recipes are stress-free and may have you eating healthier without realizing it. She shares personal stories and inspirational Tabisms. There are more than eighty recipes.

The Way Home by Kardea Brown

In 2015, Brown took a leap of faith by quitting her job in social work to pursue a career in the food industry. She opened New Gullah Supper Club, which centers on the food she grew up eating at her grandmother’s house in South Carolina. After she appeared on Food Network, Brown caught the attention of the executives and appeared on various shows.

Because of her warm personality and inspiring meals, she landed her own show Delicious Miss Brown. I love that her recipes are passed down by her grandmother. It’s really a love letter to her family’s roots. Some think that soul food is just fried chicken and macaroni and cheese, but her recipes prove that it’s so much more.

Justice of the Pies by Maya-Camille Broussard

When I think about pies, it takes me back to my childhood and being in the kitchen with my Nana. She taught me how to bake from scratch, including my favorite cherry cobbler. In Justice of the Pies, Broussard shares about 85 recipes for sweet and savory pies, tarts, and more. There’s Salted Caramel Peach Pie and Brandied Banana Butterscotch Pie. Come on now! Broussard is also the owner of Justice of the Pies bakery in Chicago — in honor of her father, a criminal defense attorney.

Tyson is the owner and chef at Sweet Potatoes restaurant in Winston-Salem, North Carolina. This cookbook features family recipes from her and Vivian Joiner, the restaurant’s co-owner. Most of the recipes include a commentary from the chef, with tips and tricks for the best result and a little bit of history. For example, the Spicy Greens: “If you are faint of heart (burn), eliminate the red pepper altogether.” Or read the brief definition that introduces Crackling Cornbread: “Cracklings are deep-fried crispy skins of various animals – in this case, pork.” It’s good food, and narration rolled into one.

An absolute classic. That’s the best way to describe this cookbook. Sylvia Woods was known as the Queen of Soul Food. You’ll find more than 100 of her recipe secrets, which are also served at her world-famous restaurant in Harlem in this book. Woods published this cookbook in 1992, before she passed away, and includes stories from her childhood, which was rooted in gathering family and friends together. Listen, if her Fried Catfish, Smothered Chicken, and Candied Sweet Potatoes don’t save you, I don’t know what will. Sylvia’s Soul Food is the next best thing to eat in her restaurant.

Using a cookbook means you’re cooking from home more than you’re eating out. You’re saving money too, which is always a win! It promotes a healthier lifestyle and allows you to spend more time with family and friends. The fun about cookbooks is that they are usually themed, so go for something you’ve been wanting to try – a new culture, a new tradition. There are so many to choose from to create your own memories and traditions.

The best way to celebrate National Cookbook Month is to buy yourself a cookbook and try out a new recipe. Use #NationalCookbookMonth on social media to share your masterpiece.