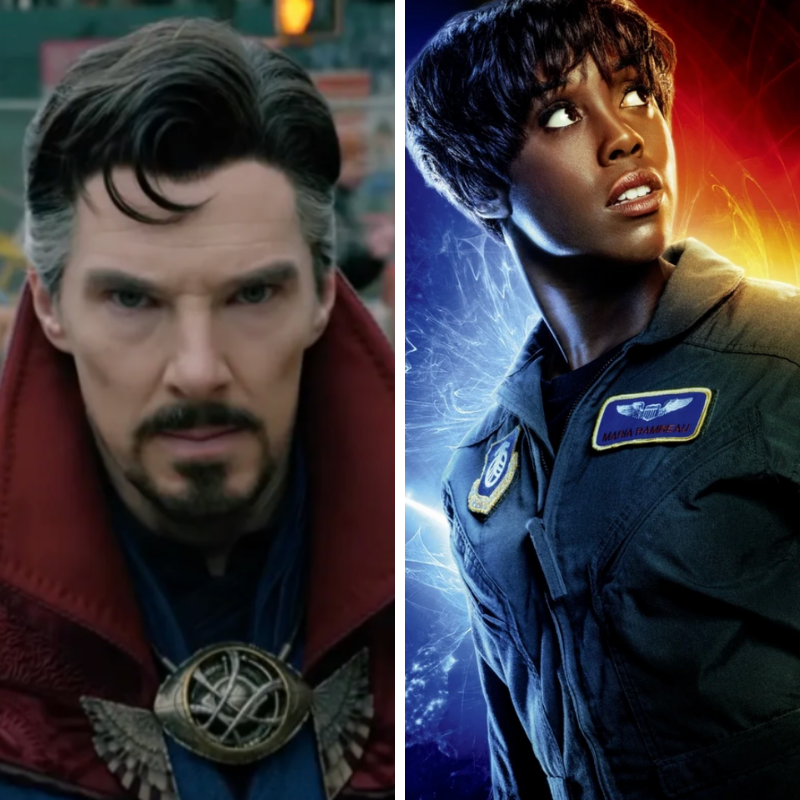 If you’ve tuned in to watch tonight’s big game, you’re probably also here to capture a first look at the new trailers dropped by various movie studios. Tonight, Marvel Studios released the trailer for Doctor Strange in the Multiverse of Madness and several fans on Twitter had their fair share of theories on Sunday night.

Let’s cover the top 5 theories being discussed about the new Doctor Strange in the Multiverse of Madness movie.

Maria Rambeau is a variant of Captain Marvel in the multiverse

Twitter user @houseofphoton has a keen eye. A clever side-by-side screenshot of actor Lashana Lynch, who played Maria Rambeau in Captain Marvel, next to a quick screengrab of Captain Marvel suited up and ready to go to war with Wanda paints an interesting picture.

Patrick Stewart has one of the most notable and recognizable voices in entertainment. There’s no question that although he is off-camera, actor Sir Patrick Stewart is in the trailer. The formidable actor is known in the Marvel universe as the leader of the X-Men — Professor X. And a Professor X appearance could also mean an appearance from other X-Men members as well.

The Illuminati Has Possibly Been Confirmed

If you’re not familiar with Marvel’s Illuminati, the team made their first appearance in New Avengers #7 in July of 2005. The original six members were: Tony Stark, Doctor Strange, Professor X, Namor, Reed Richards, and Black Bolt. With our doubts cleared about Professor X appearing in this sequel and screenshots from the tweet above, it looks like we may see this secret society of superheroes make their first appearance on screen together.

Another member of the Illuminati is Namor, also known as the Sub-Mariner. Namor is a part of the X-Men universe, as he’s a known mutant, born to a human sea captain and princess of the mythical undersea kingdom of Atlantis. This could also pave the way for a possible entry for him before he goes to Wakanda. As Namor is a known adversary to T’Challa in the comics.

Could we see Black Bolt again?

Yet another Illuminati member who will possibly head to the big screen could be Black Bolt. The character first made his appearance in Marvel during issue #45 of The Fantastic Four in 1965. We’ve seen Black Bolt on the small screen before during the 8-episode run of the short-lived ABC series Inhumans. Will Anson Mount reprise his role or will there be a recast?