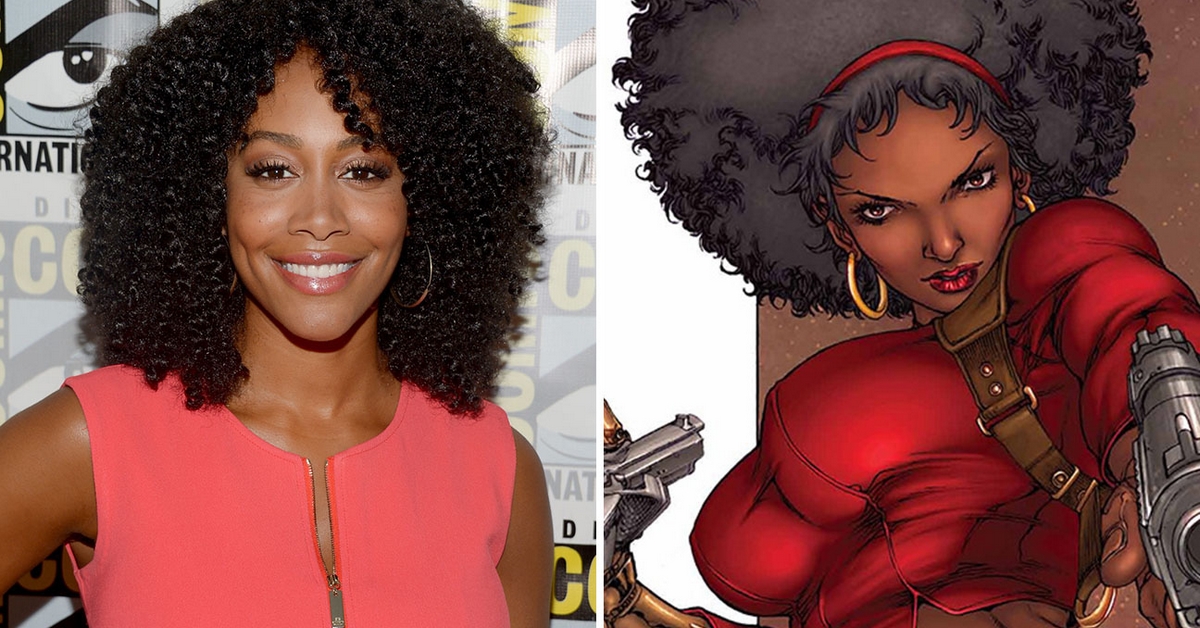 Detective Mercedes Kelly “Misty” Knight, portrayed by a talented Simone Missick, played a supportive role in 2016’s Luke Cage and 2017’s Iron Fist, which set her up as a prominent character in The Defenders. Unfortunately, The Defenders television show was shut down due to poor viewership, preventing Misty Knight from reaching the full extent of her superhero glory on small screens. In turn, this prevented her further development in the cinematic universe and her future run-in with the Avengers as depicted in the comics.

In truth, Misty Knight has a history with the Avengers, extending beyond what was shown in the MCU and its related television series. She helped the New Avengers and the Mighty Avengers during the World War Hulk, flew with Sam Wilson, and aided the team in fighting off the siege of Asgard. Given the time spent with The Defenders (jokingly called “the Avengers Little League”) and her history with the Avengers, Misty Knight has earned her place on the A-List roster, over and over.

Here are five reasons why Misty Knight has more than earned her place as an Avenger in the MCU:

No, she’s not one of the Guardians of the Galaxy, nor does she have adamantium claws that come out from her knuckles, but she is still formidable and nurturing all at the same time. Misty’s personality is perfect for a detective, allowing her to observe facts, draw tentative conclusions, and somewhat predict the next course of action in real-life situations. In the comics, she’s often depicted as assertive, observant, dedicated, and caring.

While the first two qualities can be attributed to years spent as a part of the New York Police force, her dedication to fighting crime and protecting her neighborhood and friends comes from her own strong sense of justice. As she so eloquently put it: “I don’t pursue justice… I stalk it.” Misty’s protective and caring nature is more than just lip service, as she sacrificed her arm to protect Claire Temple and other innocent civilians during their climactic showdown with the Hand.

She’s often a stabilizing force among others, capable of offering solid direction amid adversity, which would undoubtedly make Misty into a fantastic Avenger.

Bucky Barnes, aka the Winter Soldier from The Falcon and the Winter Soldier, isn’t the only hero within the MCU with a bionic arm made of vibranium — Misty Knight, portrayed by Simone Missick, has one too. And guess what? Hers is better.

In The Defenders, Misty lost her right arm while saving Claire Temple, portrayed by Rosario Dawson, from being beheaded by Bakuto, one of the fingers of the Hand. She was subsequently taken to a hospital owned by Rand Enterprises, where she was later outfitted with a bionic hand. In the comics, on the other hand (pun not intended), Misty Knight lost her arm while trying to defuse a bomb, which unfortunately exploded, taking her right arm. Tony Stark, aka Iron Man, provided her with a bionic arm, taking notice of her heroism.

However, unlike Bucky’s bionic limb, Misty received a bionic arm made of Antarctic Vibranium and a diamond combined alloy. Besides granting Misty limited super strength and vise-like grip, the arm could liquefy most metals at close range, including adamantium (metal Wolverine’s skeleton is infused with). In addition, much like Stark’s armor, her hand can generate a wide anti-gravity repulsion field, fire concentrated beams of cryogenic energy (freeze ray), and employ technopathic capabilities, grappling, and kinetic energy storage and manipulation. And the list just goes on. So, watch out, Bucky Barns.

3. She already appeared in Civil War

Unfortunately, Misty Knight didn’t appear in the 2016 film Captain America: Civil War, but she was a prominent figure in the Civil War comic book series, which inspired the film. The events described in Captain America: Civil War, which saw the adoption of the Superhuman Registration Act (SRA), caused the government to enforce the mandatory registration of super-powered individuals.

Adopting such a law led to a major schism in the superhero community, with Captain America leading those opposing the act, while Iron Man supported registration to enforce the new law, as we’ve seen in the film. But what we haven’t seen was Misty Knight’s crucial role in the new, state-sponsored initiative. Though initially hesitant, Knight joined the new initiative and aided other heroes against the siege of Asgard, which ultimately led to the removal of RSA.

4. She knows how to take down The Hulk

Natasha Romanoff’s “the sun’s getting real low” lullaby from the MCU isn’t the only way to deal with the 8-foot 1,400-pound green World-Breaker. During the Planet Hulk storyline, Hulk is tricked/forced into being jettisoned off world. The intention was that the monster was too dangerous for Earth so he should be sent somewhere else — a peaceful place. However, despite the good intentions of the MCU’s version of the Illuminati, the best laid plans of mice and Stark don’t always come to be. Hulk’s ride passes through a wormhole on its way and crashes on the planet Sakaar, the very same plant Thor found himself on in Thor: Ragnarok.

Unfortunately, the events of Planet Hulk significantly differ from those depicted in the MCU and wouldn’t fit nicely into a Thor: Ragnarok’s PG-13 rating. Instead of being the champion fighter from the film, Hulk ends up being a slave forced to fight gladiator battles. Through a series of events, Hulk ends up getting married and even becomes King of Sakaar. Unfortunately, the shuttle he arrived in self-destructs and kills his new family, ruining the only actual peace that the Green Scar had found in quite some time.

Enraged at the Avengers who built the shuttle that killed his wife, Hulk heads back to Earth, setting the stage for World War Hulk. Upon his return and rampage through New York, Misty’s Heroes for Hire were deployed to help contain him. Unfortunately, the effort took a pretty hefty toll on her team. Though Misty continued to aid in overcoming the Hulk, her team was disbanded.

5. She proves you don’t need super powers to be super

Besides her bionic arm and the limited superhuman abilities it grants, Misty Knight is a regular human being with no superpowers. One could argue that the MCU’s Tony Stark’s best superpower is his money (despite Tony’s comic book counterpart at some point being exposed to the Extremis virus, which gave him superhuman reflexes, regenerative systems, and significantly enhanced brain functions on top of the already nigh genius the character exhibited). With this said, and in direct contrast, one could argue that Misty’s greatest power is her super-humanness.

Misty Knight is, from a biological standpoint, a human with a cybernetic limb. Apart from somewhat limited abilities granted by her bionic hand, Knight has to rely on her wits and skills as a superhero. She received training from Colleen Wing, which makes her an expert martial artist, while her investigative skills help her reconstruct crime scenes and events based on tiny details. Additionally, she gained expert marksmen skills through her police training, making her highly skilled in using firearms.

Misty Knight as the Avenger

The unfortunate discontinuation of The Defenders prevented Misty Knight from reaching her superhero heights from the comics, and there’s virtually no chance we’ll ever see her as a fully-fledged Avenger in the MCU. Disney’s acquisition of Marvel Entertainment secured its access to over 5,000 characters in the Marvel Universe, which subsequently quadrupled Disney’s original investment. However, some characters aren’t likely to become part of the MCU because rival studios retained their own rights. Perhaps one day, Disney and Netflix can come to terms over different ownership rights.

Simone Missick Discusses The Season Finale of ‘All Rise’

Urbanworld19: Charles Murray on the Culture of Social Media Cyberbulling in ‘#Truth’