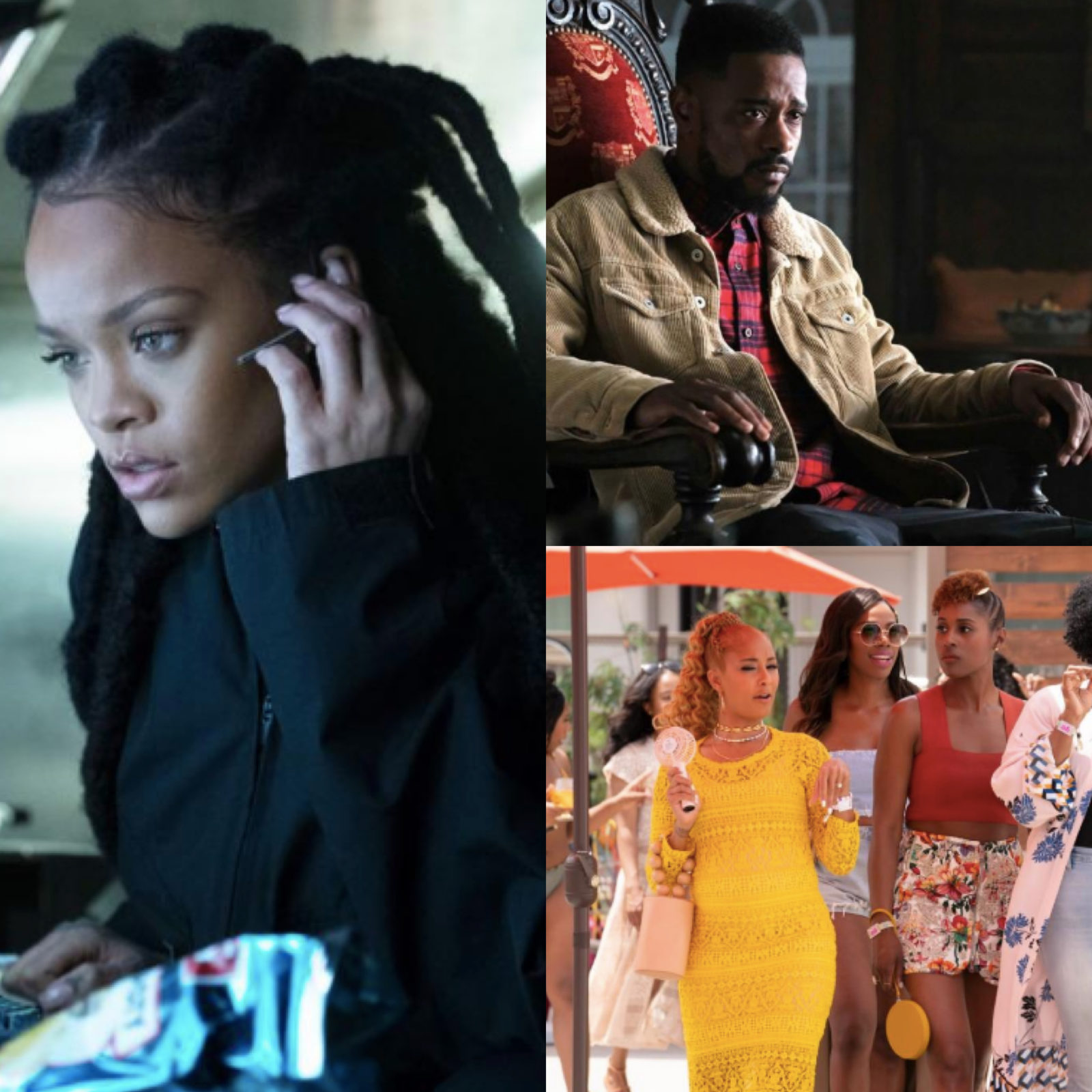 There were a lot of amazing milestones in Black TV and film this year, from casting choices and storylines to production teams. We’re seeing greater examples of positive representation in a variety of formats and genres ranging from comedy and action to suspense. As we gear up for 2019, let’s take a look at some of this year’s most unforgettable moments.

I couldn’t have created this list without discussing Black Panther. Which everyone has been doing all year. Which is totally fine.

Black Panther was more than a Marvel movie. It was a collective experience that brought people of color together in celebration at a time when we needed the positivity desperately. We needed to see literal Black kings and queens thriving. We needed to see them toss African stereotypes to the side with the most technologically advanced country in the MCU – with that wealth of knowledge being handled by a badass Black teenager, Shuri, who is canonically smarter than Tony Stark himself.

Besides boasting an amazing cast, the movie was directed by prolific filmmaker Ryan Coogler (Fruitvale Station, Creed) in a space largely lacking directors of color. It shattered records, becoming the ninth highest-grossing film of all time.

Although these aspects of the film are often highlighted, it’s important to point out that it found success, not due to individual factors and plot points that allowed it to break records, but the emotion that it inspired in its viewers. The characters are real; they’re alive in us. I have never felt so connected to strangers in a packed movie theater as I did while watching Black Panther. Laughing at Shuri’s “colonizer” comment, crying in reaction to Killmonger’s pain, opening Twitter afterward to continue the discussion…this is what film is about. It’s an experience that transcends the screen — thank God the sequel is in the works.

You knew this was coming. Was there anything more perfect than Rihanna as Nine Ball in Ocean’s 8? Did anything give us more life? No. Not even the $150 million necklace on Anne Hathaway’s neck. Which is saying something.

I’m personally upset that Nine Ball didn’t get more screen time. I could’ve literally watched her hack the Met for two hours. That could’ve been a better movie. In a movie dripping with feel-good girl power, Rihanna was essential. As she continues to slowly take over the world with bomb beauty products and lingerie, she was truly a blessing to all of us Black girl nerd hackers out there. Thank you for repping us!

That said, Ocean’s 8 was thoroughly entertaining — I certainly laughed out loud multiple times. I also feverishly took notes on the characters’ outfits and makeup, since obviously, Grand Heist Chic™ is a whole LOOK.

The “Coachella Episode.” This episode of Insecure is probably one of the funniest episodes of a show on television, ever.

Even if I’m exaggerating, if you watched this episode you would enjoy it. After one too many episodes featuring pointless sexual tension between Issa and Daniel (I’m #TeamDaniel, BTW) and the rise of Nathan (I’m definitely not #TeamNathan, if that’s even a thing), we needed the laughs. We also needed the realness. Some key highlights:

Overall, this episode was the highlight of a slightly disappointing season, reminding fans why we love Insecure. It was funny, but it was also hyper-realistic and raw. Tiffany’s explanation to Issa about why their friendship isn’t the same and the fact that the group never got to see Beyoncé perform hit home. One of the hardest things about adulthood isn’t about the lost friendships, it’s those that change inevitably with nothing that can be done. It’s also about realizing that this is okay — sometimes it’s more important to bond with your girls (with or without the drugs) than to strictly adhere to your original plan.

Praised by many as comparable to Get Out (2017) in style and creep factor, Teddy gives Rose a run for her money. The sixth episode of Donald Glover’s hit surreal comedy Atlanta showcases the show’s flexibility, as well as that of the cast and crew.

Played by Donald Glover in prosthetic white face, Teddy Perkins is a has-been musical sensation inspired by Michael Jackson. Particularly interesting is the combination of Teddy’s eerie calmness with the violent stories he shares with Darius. The entire episode builds up the suspense, as it becomes clear that Teddy isn’t as harmless as he claims to be. I’m pretty sure I literally yelled at my screen when Darius decided to go back into the house, urging him to get the hell out.

Glover makes a number of interesting criticisms in the episode, from highlighting the tragedy of Michael Jackson’s life to criticizing rap (Teddy suggests that it never made it past its “adolescence”). It’s a lot to think about, but one of the key takeaways is the effect of abusive fathers on their children, with multiple famous fathers such as Joe Jackson and Richard Williams being referenced.

Back in 2015, Coogler’s Creed created a similar phenomenon to Black Panther in terms of the collective experience it created, especially for Black people. It was one of those films that we all had to see, and everyone was talking about it. Especially Michael B. Jordan’s abs. (I guess it’s not surprising that the conversation surrounding Black Panther was actually very similar. Love me some Killmonger.)

I’m truly enjoying the diversity now being explored in the Rocky universe, and how it is conveyed in an honest way by overlapping a classic film with a new one fit for our generation.

At the same time, the collective experience has continued because it is not completely necessary to see the other films to be able to enjoy Creed II. That said, I still binged the Rocky movies and the first Creed since I like to hype myself up for new releases.

Spiderman: Into the Spider-Verse

I couldn’t finish this list without acknowledging Black Spider-Man! Miles Morales is one of the highlights of 2018. Besides the fact that he’s a kickass Afro-Latino superhero, his film offers a new look at a familiar character, sharing a story that isn’t as familiar as the one told by Tom Holland and his predecessors (even though they’re also awesome).

One of my favorite aspects of Spider-Man’s recent release is its soundtrack. Featuring some of the best in the rap game, the soundtrack celebrates the film’s diversity by featuring artists including Swae Lee, Post Malone, Nicki Minaj, Juice Wrld, Lil Wayne, and Ty Dolla Sign.

Let’s hope that in 2019 we continue to see the industry advance in terms of representation — there’s still a long way to go, but these releases have definitely been a great segway into continued progress moving forward.