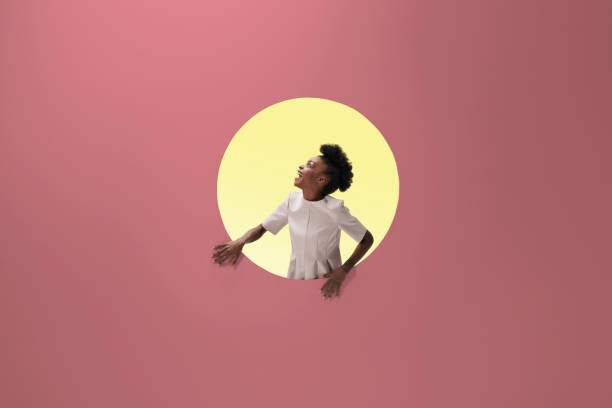 “I’m convinced that we Black women possess a special indestructible strength that allows us to not only get down, but to get up, to get through, and to get over.” —Janet Jackson

Therefore, when a Black woman defies all odds and achieves greatness, we must do more than applaud her. We must share their accomplishments with others. It is imperative that we honor them as they are a representation of the greatness inside every young Black girl. Among the countless Black women in America doing great things every day, here are six women who left their marks in 2021.

Sara Lindsay: The first person to take the COVID-19 vaccine

Throughout the pandemic, average people became heroes. Grocery store workers, nurses, doctors, custodians, and many more professionals all did their part to keep everyone safe. Among those who wore an invisible cape was Sara Lindsay. As a nurse, Lindsay fought against COVID on a daily basis. However, one of her biggest victories came when she volunteered to take the COVID-19 vaccine. Growing up in Jamaica, Lindsay migrated and worked in Queens, New York, which was at one point one of the most highly infected areas in the country. As she was surrounded by death and suffering while working in the hospital, this vaccine was a glimmer of hope for Lindsay.

What we can learn from Lindsay: that it’s okay to listen to science, trust your gut, and do what’s best for your community.

Another healthcare hero is Dr. Rasheeta Chandler. HIV can be life-destroying. Yet, a less-talked-about fact is that African-American women have an infection rate that is 20 times higher than that of white women. Chandler’s work focuses on sexual health intervention and overall minority health. Her work has made such an impact that the National Institute of Health Center for Scientific Review awarded her the Early Career Reviewer Award. Her work extends beyond research and clinical trials into the realm of education through social media and digital technologies.

What we can learn from Dr. Chandler: That it’s important to use our gifts and talents to give back to our communities and others who share our cultural and ethnic background.

We all know that achieving our dreams can be a challenge. Crushing goals becomes more of a challenge when your dream is to succeed in a male-dominated field. However, RJ White is breaking the glass ceiling. White is the youngest owner of a men’s professional basketball team the, Vipers. She also has plans on becoming the first woman to be an owner of an NBA team, a dream that she’s had since she was 6 years old.

What we can learn from White: That the seemingly impossible dreams we think of as a child can come true. That being a woman — being a Black woman at that — is empowering, and you can succeed in a male-dominated field.

Simone Biles is probably one of the world’s most renowned gymnasts. As her outward exterior exudes strength, endurance, and overall warrior, her internal strength is just as mighty. When Biles made the brave and overly criticized decision to withdraw herself from parts of the Olympics, she made history in the realm of mental health. After being the most ornamented U.S. woman gymnast ever, with 32 Olympic/World medals, she showed us all that she wasn’t going to sacrifice her well-being for the approval and praise of others.

What we can learn from Biles: That when we feel like we are carrying the weight of the world or when the pressure from society, our career, and even friends and family becomes too much, we ultimately have a choice. We can continue to carry that weight and risk our safety and health, or we can put that weight down and stand in our own power.

Amanda Gorman: The youngest inaugural poet in US history

Amanda Gorman’s poem at the 2021 Presidential Inauguration made everyone feel for a few moments that we were united. It is a moment that will be replayed, discussed, and remembered as one of the most pivotal speeches that graced our nation. This Harvard cum laude graduate went through a cycle of preparations for this moment. She dove into research, studying the works of Maya Angelou and Elizabeth Alexander, who had presented at the inaugurations in the past. As the day edged closer, she felt a wave of worry and panic come over her. Yet once she came onto that stage, fear flew away and she was left with the confidence that impressed a nation.

What we can learn from Gorman: From the time she was little, Gorman believed without a doubt that she was destined for greatness. When she spoke to publishers four years ago about her children’s book, she mentioned that she wanted to be the inaugural poet in 2021. She spoke her dream into existence, reminding us all of the importance and power that can come from believing in the words you speak. In the words of Gorman: ”We [Black women] don’t come to play, we come to win.”

One day Tabitha Brown started filming herself eating a vegan meal from Whole Foods grocery store in the front seat of her car. She uploaded the video to TikTok and had no special equipment or fancy cameras, and her wardrobe consisted of workout clothes. One viral video led to another, and soon millions of people were tuning into Brown’s videos. For one to three minutes, Brown’s soothing Southern voice would enchant viewers as they watched her prepare her vegan meals. These videos led to her book Feeding the Soul (Because It’s My Business) which made The New York Times Best Seller list in 2021.

What we can learn from Brown: That behind the veil of filters, and exaggerated videos on social media, authenticity is still one of the strongest tools to influence the masses. That your story is powerful and by telling your story, you can help change the world.

May reminiscing on the accomplishments of these six women be your inspiration to go out and do great things in 2022. For many women, including Breonna Taylor, Sandra Bland, and Korryn Gaines, instead of celebrating their successes, we are mourning their deaths. Let us continue to uplift and be inspired by Black women who are changing the mold of what greatness looks like.

Inside Simone Biles’ Relationship with Her Athlete Boyfriend