On the set for Annabelle Comes Home, directed by Gary Dauberman and written by himself and James Wan, we learned some cool facts about the set, the crew, the cast, and beyond.

Horror movies are a fascination for us at BGN. Getting to know some behind-the-scenes info is a big reason why set visits are so great. Annabelle Comes Home stars McKenna Grace as Judy Warren, Madison Iseman as Mary Ellen, and Katie Sarife as Daniella.

Fun Fact #1: The favorite scary movie among the cast seems to be The Shining. 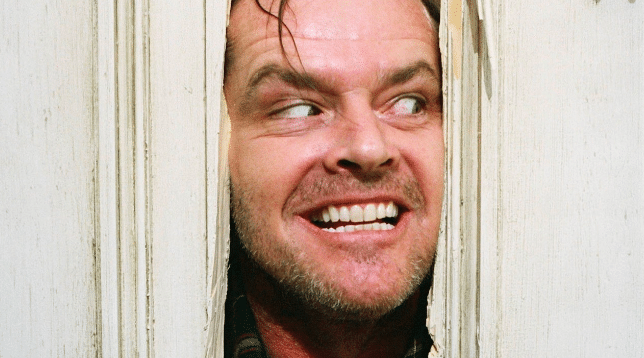 This is cool because Annabelle’s production designer, Jennifer Spence, let it be known that it was definitely something considered in terms of the layout of the house. “There are a lot of doors upstairs and down in the basement that are rooms to other places for different stories. It’s intentional,” she said. Here is what the leading ladies have to say about their favorite scary movies.

Mckenna Grace: I’m a big, big, huge fan of horror movies. My dad and I watch them a lot of the time, so I feel really thankful to get to be doing this. The Shining: favorite, favorite!

Madison Iseman: The Shining is an all-time favorite. I love the original Ring. That was my childhood. I remember watching that when I was a really young girl and being absolutely terrified. That and The Grudge. Those were the two where I would shower and be like, “Is there black hair in my hands?” It scarred me for life.

Katie Sarife: The Shining is great. I love Jack Nicholson and [Stanley] Kubrick. I’d say that’s probably [my favorite]. I just recently watched Hereditary, which is really good. I really do love the Insidious films, and the Conjurings and stuff, though.

Fun Fact #2: While Annabelle is all about the creepy doll factor on screen, there have been some other creepy dolls and horror moments in the cast members’ lives. 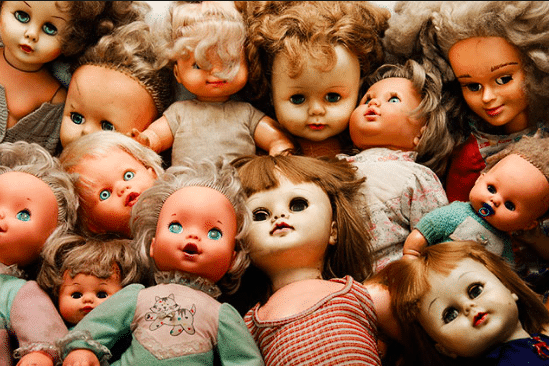 They each had a story to tell that made it clear they were perfect for this film.

Mckenna Grace: Jenny — that was my mom’s doll from when she was a little girl. Oh, goodness gracious, it is frightening! It’s like our own little Annabelle who lives in our garage. It’s so creepy because [Mom] shaved its head or something. The hair was really short, and then [she] cut off the bangs so it was all sticking up. It’s a really creepy doll!

Madison Iseman: I swear my house was haunted growing up. There’s one instance I remember, and if you ask my mom, she remembers it clearly, too. One night when she was blow-drying my hair (I was maybe eight or something), we heard footsteps coming up the stairs. Thinking it was my dad coming home from work, my mom turned [the dryer] off and was like, “John?”’ And we heard nothing. I remember it so clearly, as a young child, and she remembers it, too. After that, I slept in my parents’ room for two years. It was not good. Finally, they were like, “Okay, you’re gonna go talk to somebody. We’re gonna figure this out. You’ve gotta sleep in your own room.” Every time I go home for the holidays, I’m like, “I don’t wanna sleep in my room, Mom.” It’s so scary, but it’s an older house, too.

Katie Sarife: They were my biggest fear as a child — dolls. I was terrified of dolls growing up. I still sort of am. I had one particular doll in my room that my mom never took out, no matter how much I cried. I thought they were real. Now, whenever I go home, I’m an adult now, so I can be like, “Mom, not in my room anymore, please. Keep it away.” So coming into this, I definitely felt like it was a bit of payback for all the years of being terrified by my dolls. The doll is still there, yes, but not in my room. But, [it’s] somewhere. My little sister has one in her room as well, and I don’t know how she does it. But yeah, they’re all there. I had a cabinet full of beautiful porcelain dolls that look like they are staring into your soul.

Fun Fact #3: The main room, that we all cannot wait to see more of in Annabelle Comes Home, is Warren’s archive room. 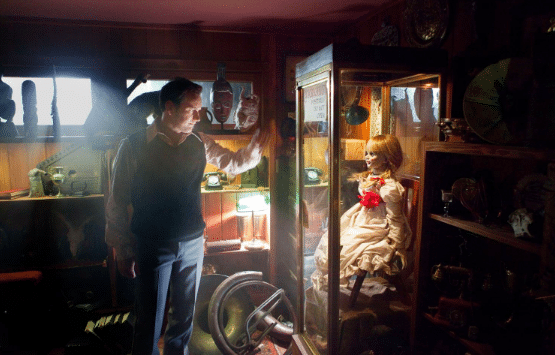 It’s the space where all the objects from different cases they have worked on now live. Having been able to step into it, BGN can honestly attest to the fact that the whole room is very disturbing. Most of us said a little prayer as we stepped in. Having a room that’s so iconic — and creepy — to the franchise wasn’t easy to achieve. Production Designer Jennifer Pence told us more.

Jennifer Pence: I wasn’t able to change it too much because I have to match it to the actual set. But, I did add an extra part of the room, one that we don’t really see in any of the other parts because in the real house it was quite long and went around and down. So, I added a room on the right-hand side. We have a few things going on in that room — a lot more action we haven’t seen before. Familiar items in there include the monkey and the red and white spinny music box that is from The Conjuring.

It was a great experience learning how they got there, even if they aren’t utilized. Just knowing something is there, or could potentially be, makes for a great horror reaction. Jennifer continued to wow us with her ingenuity.

Jennifer Pence: The trap door doesn’t actually have a scene at the moment. It’s something that I did just thinking ahead. [With] these movies, I know that there will be more to come, inevitably. So, when designing, I thought it was a better idea to include some things that maybe aren’t in the script in order to open up some other avenues for future directors and future ideas. So, I have got [a trap door] in the stairwell of the house and one under the floor of that little alcove. Even if we don’t use it, it’s just something fun out there. It may not be Conjuring 3, it may be Conjuring 4, but it’s just to give everybody a little more room to work in. I also put in a hidden staircase behind the fireplace because when I was watching all the films, just to go back to the Conjurings, I noticed that you could never see behind the door if you came in the main office. I thought, why don’t I put something there?

Fun Fact #5: Jennifer never ceases to amaze us as her talents go beyond the scope of her job — there’s even a little Easter egg for fans.

See if you can spot in when you see Annabelle Comes Home.

Jennifer Pence: Patrick [Wilson said], “You know I’d really love a painting that looks like it would have been done by Mr. Warren that would be in the main part of the house.” So I was like, “Okay, but they’re all scary. All of his paintings are really terrifying, and we have a nine-year-old in the house.” So Gary Dauberman [the director] is like, “What are we gonna do?” So, my crew got me to paint and everything, and I painted it in one night. I got all the references to his work and the way he paints trees and stuff, and I just made it happen. I thought about Annabelle Creation, and that’s the house in the picture. It’s a nod to the other film and also to Gary because he wrote it. He got it right away.

Fun Fact #6: The real Ed and Lorraine Warren actually coordinated with each other in a profound way. 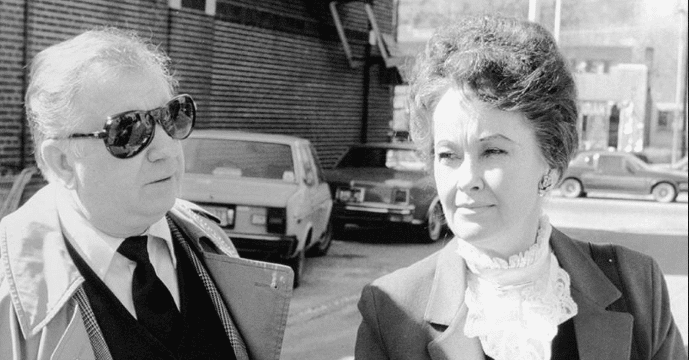 This spirit-chasing couple just keeps getting better and better. It’s also great how much the makers of Annabelle Comes Home are really trying to keep the authenticity of this couple. Costume Designer Leah Butler gave us some insight into the wardrobe that was inspired by the real-life people in the story.

Leah Butler: We have [Lorraine] in a lot of softer colors. She likes a lot of beige and browns, things that were also common to that period [the ’70s], too. They do a lot of exorcism and things like that too, and [for that] their costumes are a little different, a bit more serious. They wear, actually, a lot of black when they’re doing that. So you’ll see [Ed] in some black polos. We also had him in a black turtleneck and the same with Lorraine. So you can kind of tell the difference as far as what they’re doing or will be doing, by what they’re wearing.

Fun Fact #7: Annabelle Comes Home is made to be a stand-alone film but also recognizable to those who have followed the franchise. 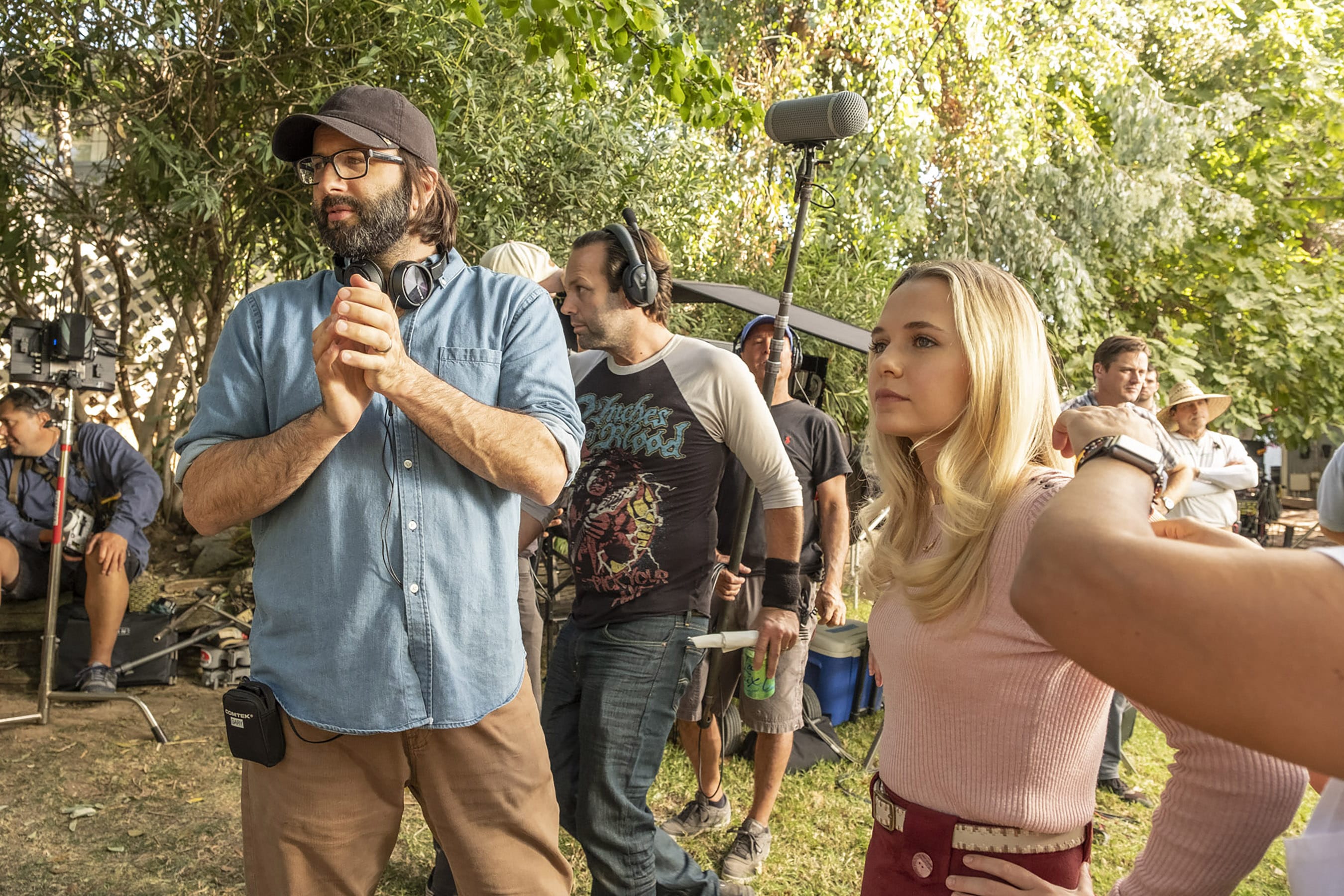 Producer Peter Safran, who has worked on eight of the nine films in the Conjuring Universe, gave us an idea of where this film stands.

Peter Safran: I think that certain of the films, obviously Conjuring 1 and Conjuring 2 (both [directed by] James Wan), have similar rhythms. But, with, for example, Annabelle Creation, we intentionally took it away from just a family home. With The Nun, we took it to Romania, giving it a completely different vibe. We try to find ways to make sure they don’t feel repetitive. I think we were pretty successful in doing that. This one absolutely, though we brought it back home (it’s in the Warrens’ house, which it was in the first Conjuring) has a different feel. It all takes place in one night as opposed to stretched out over the course of a family history. So we feel like it definitely stands alone with its own tone and vibe.

We don’t know about you, but we are all set for Annabelle Comes Home. This third installment of the Annabelle story should be absolutely terrifying. Catch up with the series if you must, but don’t miss out as Annabelle Comes Home hits theaters this summer, June 28, 2019.