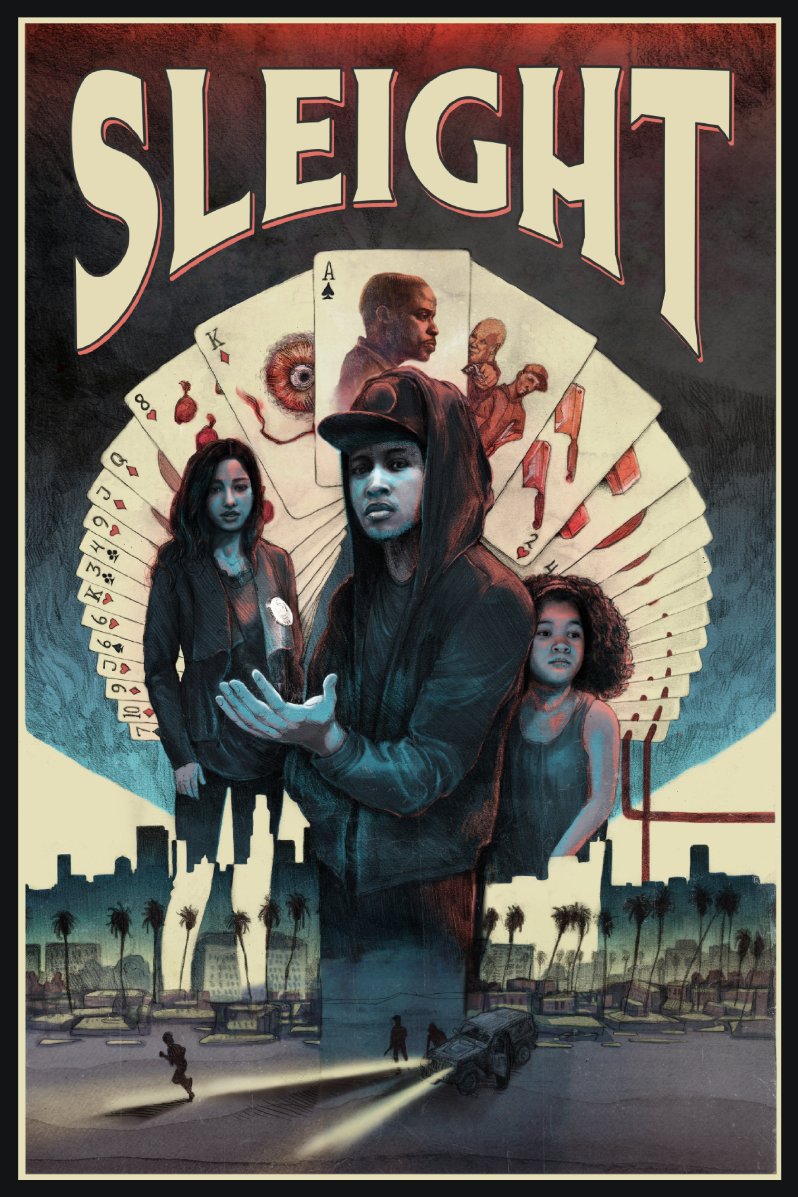 It may be cliché to say “magic was in the air,” but at Estrella in Hollywood on Wednesday evening, viewing an advanced screening of the spellbinding movie, Sleight, it’s apropos. The film is about a young man named Bo who struggles to provide for himself and his little sister by performing magic on the street of LA for tips. First-time director and co-writer JD Dillard pulls off his own sleight of hand by deftly mingling reality, illusion, and magic in this contemporary thriller.

We caught up with JD, and a few Sleight cast and crew, at the reception following the screening and chatted about the film over munchies and wine. Here are 8 interesting facts we were able to find out: