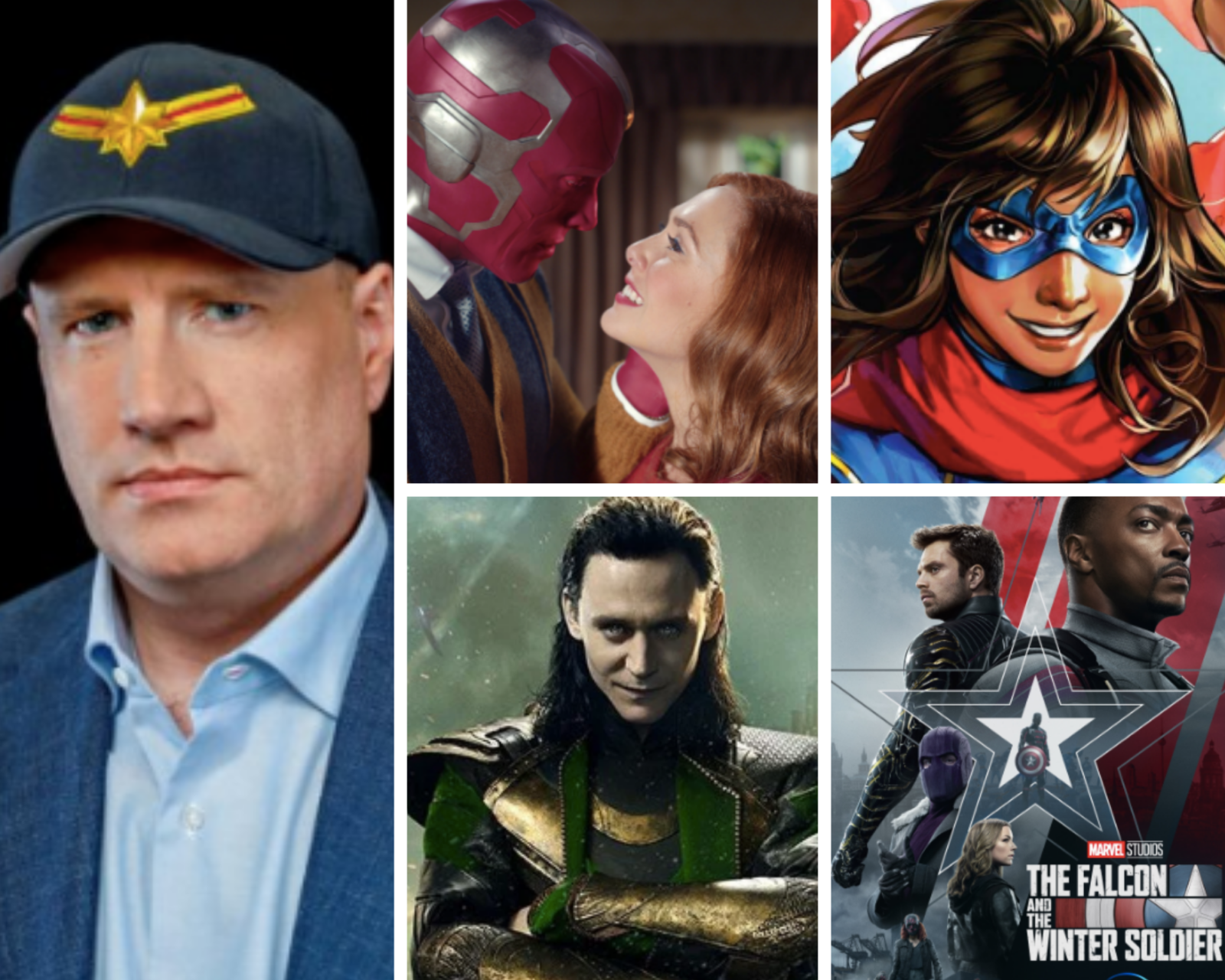 At today’s Television Critics Association Winter Press Tour, Disney+ paneled some of its upcoming series, and Marvel Studios Head Kevin Feige had a Q&A with the press about the upcoming shows and discussed the current run of WandaVision.

Kevin first mention while streaming the press interview, that he was on set filming Ms. Marvel. Concurrently, Hawkeye is also in production and within a few weeks, She-Hulk starts production. And a week after She-Hulk, Moon Knight launches production. In addition to the feature films, Disney+ is staying busy.

Feige on the Difference Between Episodic TV and Feature Film

“It all comes down to the storytelling. We don’t distinguish it too much. The bar is set high for the features and for the series, and we try to exceed that bar every time. There are obviously the week-to-week unveiling which is what we’re now seeing with one WandaVision, but we’re building the shows to be experienced that way. It’s fun to be able to do that week-to-week in series in series programming. But other than that, it’s very much the same high bar that we try to set for ourselves and want to meet the expectations that the audience has when they go to a theater to see one of our films, or when they now turn on Disney plus.”

According to Feige, the goal for the team over at Marvel Studios is to expand the fanbase. By this, he wants to reach out to fans that may not necessarily read comics or know the history of the Marvel universe, but are attracted and drawn to specific characters. He also included that shows like The Falcon and The Winter Soldier that contain a lot of action sequences will appeal to people whether they’ve been following the MCU or not.

Going to the Sophomore Season

As much as we’re enjoying shows like WandaVision and anticipate Marvel’s upcoming projects, will these shows contain multiple seasons? According to Feige these shows will be dictated by the story. This will receive the same treatment as the feature films. He also mentioned audience demand will play a role.

Feige has confirmed that Elizabeth Olsen’s character Wanda Maximoff will appear in the Doctor Strange sequel. This means if you are currently watching WandaVision, be sure to look out for those Doctor Strange easter eggs.

Ms. Marvel Will Appear in Captain Marvel 2 and Will Have More Than One Season

Why Only Six Episodes of The Falcon and The Winter Soldier?

The team at Marvel landed on six hours as the best way to tell this story according to Feige. He also mentioned that filming the episodes were pretty costly, so six felt like the appropriate number for the team.

Why a Duo Story as Opposed to Solo for The Falcon and The Winter Soldier?

Feige states: “We hadn’t explored their stories or their backstories or their personal stories enough as Sam Wilson and Bucky Barnes, so it was always the thought that we wanted to learn more about both of them, and the little interactions they had with each other in the films.”

Will Seeing Characters Like Monica Rambeau Impact Her Barrier to Entry Jumping from TV to Film?

Feige says, “we try to make the stories unfold in a way that if you are following along and have seen what has preceded it, you’ll be right up to speed, and more importantly if you haven’t, you’ll be up to speed. So, there were lots of conversations with Sam Raimi and Michael Waldron, and the entire Doctor Strange team that this movie needs to work for people who watched WandaVision, but more importantly it needs to work for people who didn’t. There will always be different layers of understanding, but we don’t want there to be a barrier to entry. And as we make more shows and if we make more films and as we introduce more characters that does become harder and harder, but it is something that all of our writers and all of our filmmakers pay great attention to. To make sure that that fans who follow everything and fans or people who just read a positive review or saw a cool commercial can come in and see it from the start.”

What about Marvel’s Previous Shows Like Luke Cage, Jessica Jones and Daredevil? Will They Come to Disney Plus?

Feige couldn’t disclose a lot of information on the previous Marvel TV properties but he didn’t exactly say no. “I’m not exactly sure of the exact contracts, but perhaps someday.”