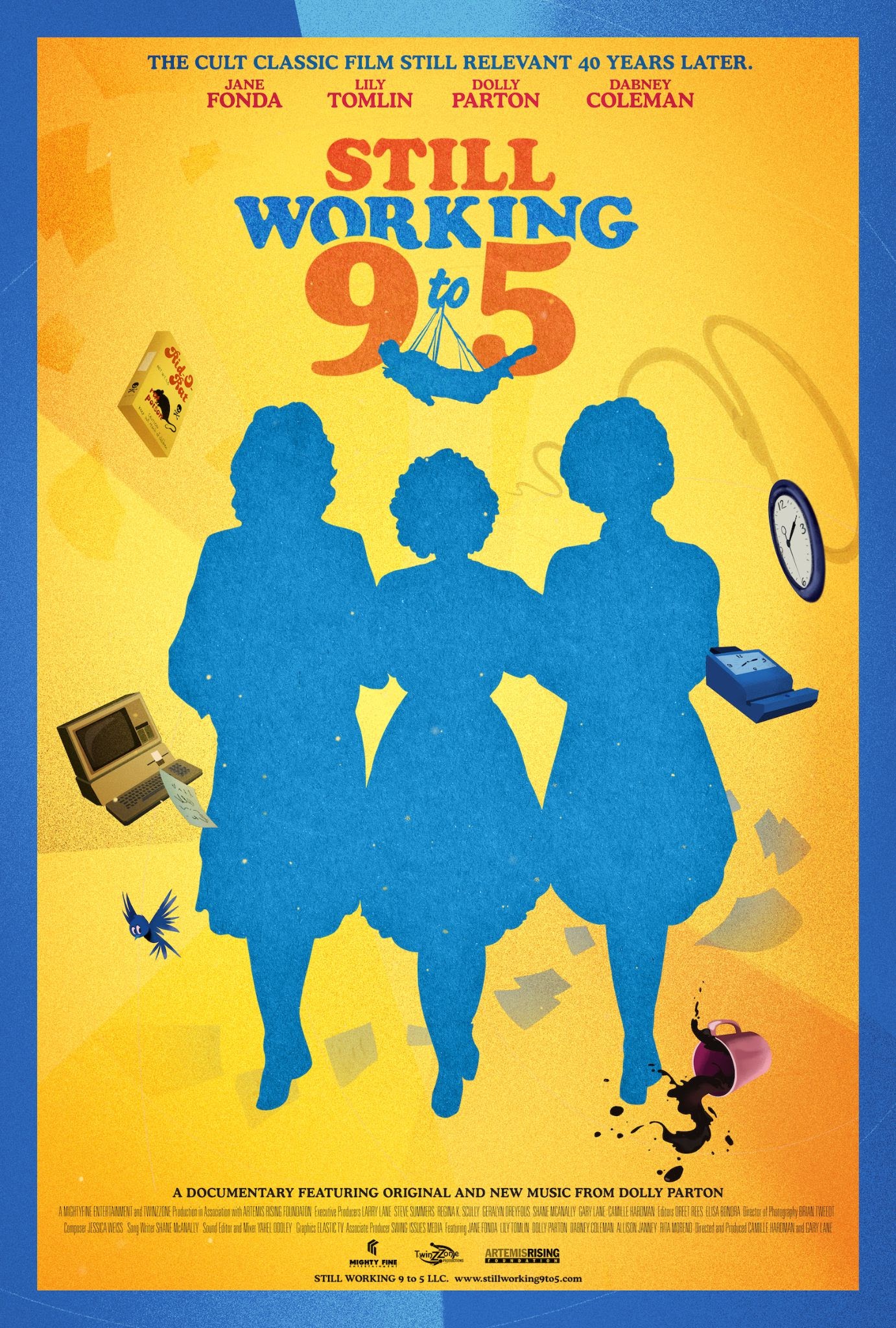 The film 9 to 5 has taken its place in American history as a beloved comedy with serious subject matter. Multiple generations know every lyric to the iconic theme song that has become an anthem for working women everywhere who seek fairness, equality and dignity from their male counterparts.  After more than 40 years, the feature documentary Still Working 9 to 5 celebrates the iconic film, while chronicling the important impact it had on the women’s movement of the time and one that continues today.

Still Working 9 to 5 reunites stars Dolly Parton, Jane Fonda, Lily Tomlin and Dabney Coleman from original 9 to 5 film,  as well as Rita Moreno from the 9 to 5 TV series, Allison Janney from the Broadway musical, and other stars from the television and stage versions of the classic film.  Also featured are activists and individuals closely associated with the women’s movement both now and then.

The documentary explores the comedic tone of the film and how it resonated with a wide audience at a time when the feminist message was being rejected and/or feared by a large swathe of the population.  It further follows how the success of the film spawned various 9 to 5  spin-offs including a TV series (1980s) and musicals (2009 & 2019), discussing the same issues addressed in the film (and its spinoffs) and questions if the message retains its original poignancy, as well as examining what has and has not changed for women in the workplace over the last 40 years.

Sure to be a hit with everyone, the film also includes a musical surprise.  Audiences will get to experience the debut of a new duet version of the original 9 to 5 theme song, produced by Shane McAnally and performed by Dolly Parton and Kelly Clarkson.