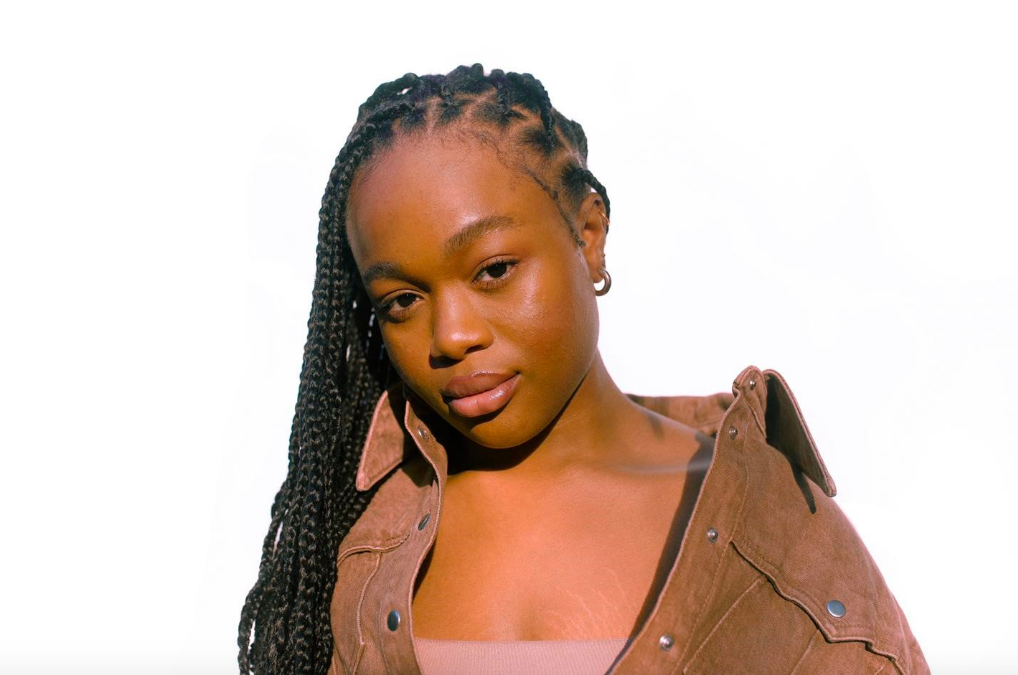 Rocks is a new Netflix film, set in Hackney, East London, about teenage girls, written and directed by women, with an entire female production crew. Talk about centering joy! This film is an oasis.

Black Girl Nerds zoomed into the UK to speak with first time actor Bukky Bakray, who plays the lead character, Rocks. Bakray was in Year 9, three years ago, when the creative team came to her school and observed students during arts class, then invited specific young women to attend a series of workshops. The film was cast and built from a process of creative collaboration.

Tell us about the audition process.

I just remember being so shocked about the process. The first half I thought that I wasn’t going to get this. But as the number of girls began to decrease, I could feel I was getting closer to being a part of the project, let alone being central to the narrative. They told me I got the part in a cafe in North London. I remember acting so cool to the director, casting director, and producers. I said, “Thank you. I’m really grateful.” And they looked at me like, “Does she really want it?” I wanted it more than anything! After I left, I ran down the road screaming and started calling my friends and my brothers. I remember my brothers being like yea…this could be something.

Me and the girls, we didn’t wanna do rehearsals because, as we always said to [director] Sarah, we wanna save it for the takes. [Laughs.] I remember watching one of Viola Davis’s interviews. She said never practice mannerisms, practice your lines. Know the circumstances, but never practice your mannerisms. I guess the rehearsal process was getting to know everyone and having endless conversations about everything and anything.

I love the fact that this film reveals the realism of being a teenage girl from the perspective of people who actually have been teenage girls. What was it like to discover Rocks in this community of women?

It felt freeing. Like, you can do anything because you were so comfortable. A lot of people in the industry, when they look behind the camera, they can’t identify with what they see. Because we could, and because this place that was so far away from home, felt like home, you could kind of be yourself. That made way for us to really perform. Like, I never really cry in real life. I’m not a crier. My whole life I’m the only girl amongst boys, so I’ve been taught to hold in emotion. Now, I jump into an industry where they want you to be emotional all the time and the stakes are always high. So, I told the writers being emotional like that felt like being naked. But because these women were so open and generous, they reflected so much of their great energy. This sounds weird, but you didn’t really mind being [emotionally] naked in front of them. Because they were all [emotionally] naked! Everyone was essentially in the same place. I never was made to feel like anything I did was wrong. I think any sort of insecurity about performance came from something that was deep rooted in me. I never was fed any sort of nonsense. It was such a safe space.

One of my favorite scenes was the Afrobeat dance class. How much did music and dance factor into the creative process of building the story?

My favorite Shakespeare line is, “If music be the fruit of love then play on.” That’s how it was with Rocks. Music was played nonstop during scenes after scenes and before scenes. We always had our phones with us to play music. For those Afrobeat scenes, we did dance classes beforehand for the girls to really get comfortable dancing on camera. When you dance, you’re vulnerable. Any sort of art form you’re at a place of vulnerability, so music was a massive instrument in this film. We got to pick some songs for the soundtrack! Music for me is my most favorite thing ever. I come from a musical household, and me and my brothers are the same. We don’t know where we’d be without our music. Music is the world. I don’t know what the world would be without music.

Tell me your favorite part of working on Rocks.

I met some amazing women. I never fully realized the significance of female friendship until I experienced being in this picture. I feel like the scope of my mind has expanded. I experienced a mad expansion of the ways in which I see the world and how I decide to operate in it. I’ve definitely become a better person, and those friendships that I’ve established, I’ll always hold onto them. You never really have people, you’re just renting them, but regardless I’m still grateful for the encounter. This will always direct and guide me in the future. It’s been a real blessing. I’m glad that I was able to fall in love with the arts in this way with these women. Now that I’m in the arts, I feel like home. Every day I wake up and I want to act. It’s something to look forward to. I thank God every day for so many incredible minds.

I really didn’t believe I was gonna get Rocks. But then I started getting closer and I started to believe. Eventually I did get it. I’m so grateful for the people in Rocks because they saw something in me that I didn’t see in myself. Sometimes you need somebody else to pick that plant that’s inside of you and to let it blossom. You need somebody else to water you, so you can blossom. Being independent is good but human beings are collaborative by nature. It doesn’t take one person to make a person. That’s a big thing I learned: to not be independent. Interdependence does not mean that you’re not self-made. I never used to ask for help. I had to do this thing called life for myself on my own. The ignorance in those kind of thoughts is just unreal. For the first time in my life, I saw women working together that weren’t working a “9 to 5.” In the morning they had big old Costa coffees and were chatting on their laptops, on a film set! It was the first time I saw women doing what they wanted to do, not what they needed to do. They were free.

Rocks is now streaming on Netflix.