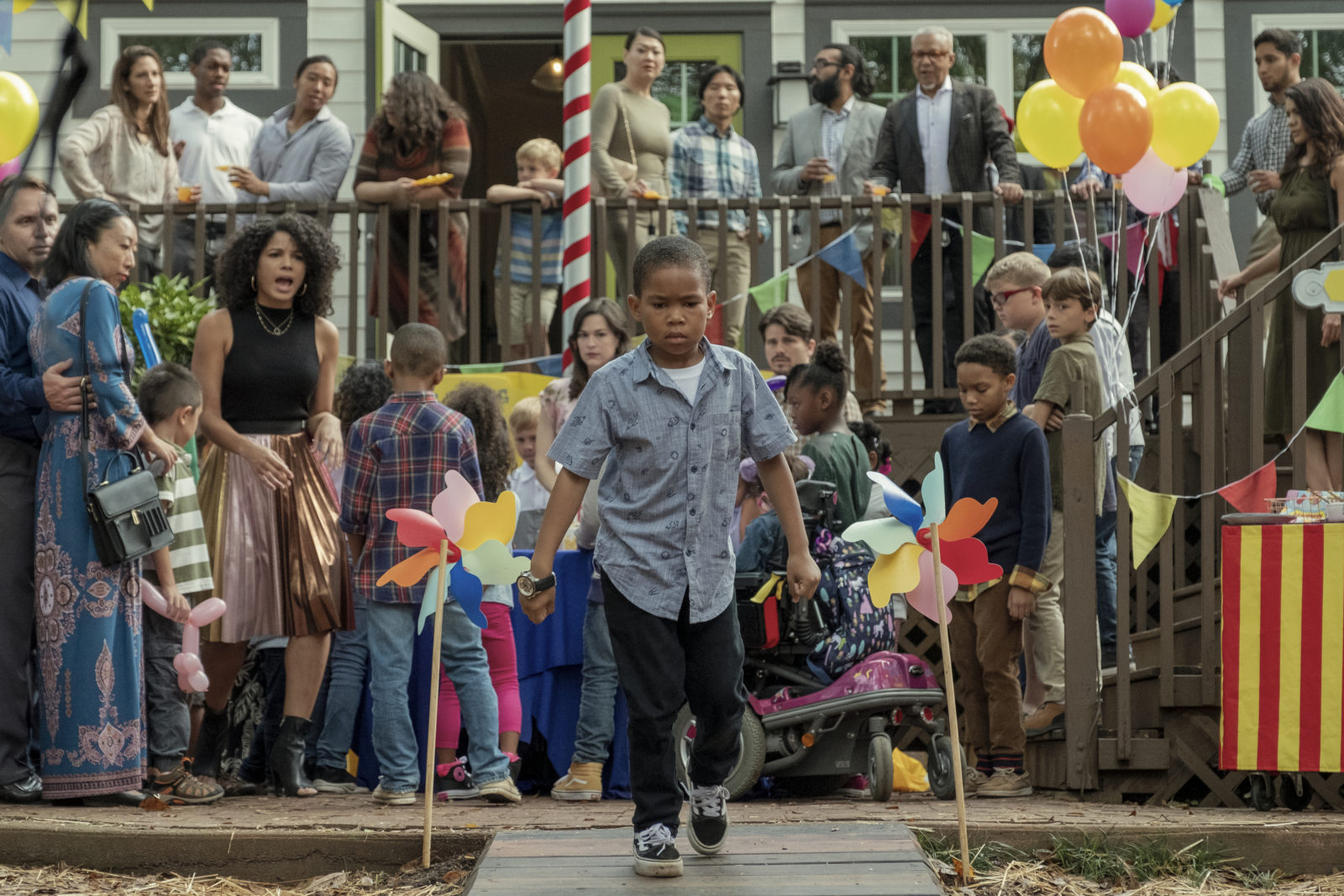 Raising Dion follows the story of a woman named Nicole (Alisha Wainwright), who raises her son Dion (newcomer Ja’Siah Young) after the death of her husband, Mark (Michael B. Jordan). The normal dramas of raising a son as a single mom are amplified when Dion starts to manifest several mysterious, superhero-like abilities. Nicole must now keep her son’s gifts secret with the help of Mark’s best friend Pat (Jason Ritter), and protect Dion from antagonists out to exploit him while figuring out the origin of his abilities.

The adorable 8-year-old son of Nicole and Mark, Dion is a precocious boy with an affinity for superheroes and science. This affinity becomes his challenging reality as he begins to develop mysterious abilities, making his life difficult as he enters a new school and deals with the trauma of losing his father when he needed him the most.

A big dreamer who faces reality as a widowed mother of a special young boy, Nicole navigates the trials and tribulations of parenthood alone once her husband, Mark, passes. She struggles to balance everything once Dion begins to develop superhuman abilities, creating a hectic day-to-day in which she strives to protect his childhood and his safety.

Always doubted and misunderstood, Pat’s passion for science and comics sets an image of a seemingly awkward man, yet his warmth wins Dion over amidst the loss of his father. Pat was Mark’s best friend since their college days at Columbia, and after Mark’s passing makes a big effort to be there for Nicole and Dion, and loves them like family.

Mark was an adventurous, intelligent man who made a point of making the most of life out of his lifelong passion for STEM. Such an ambitious nature eventually leads to Mark’s demise, one that Nicole begins to realize was under much more mysterious circumstances than she originally thought.

Kat is a surgical resident and Nicole’s sister. She’s the one that has her life together, and can’t help but correct Nicole on her life and parenting. All in all, she’s a wonderful and supportive aunt and sister, but has a hard time biting her tongue as she watches her sister make mistakes.

A ride or die you always want in your corner, Esperanza is a bright classmate of Dion who has brittle bone disease. A brilliant artist wise beyond her years, she looks out for Dion in an endearing manner, and, though it takes a while, Dion grows to realize she is his best friend.