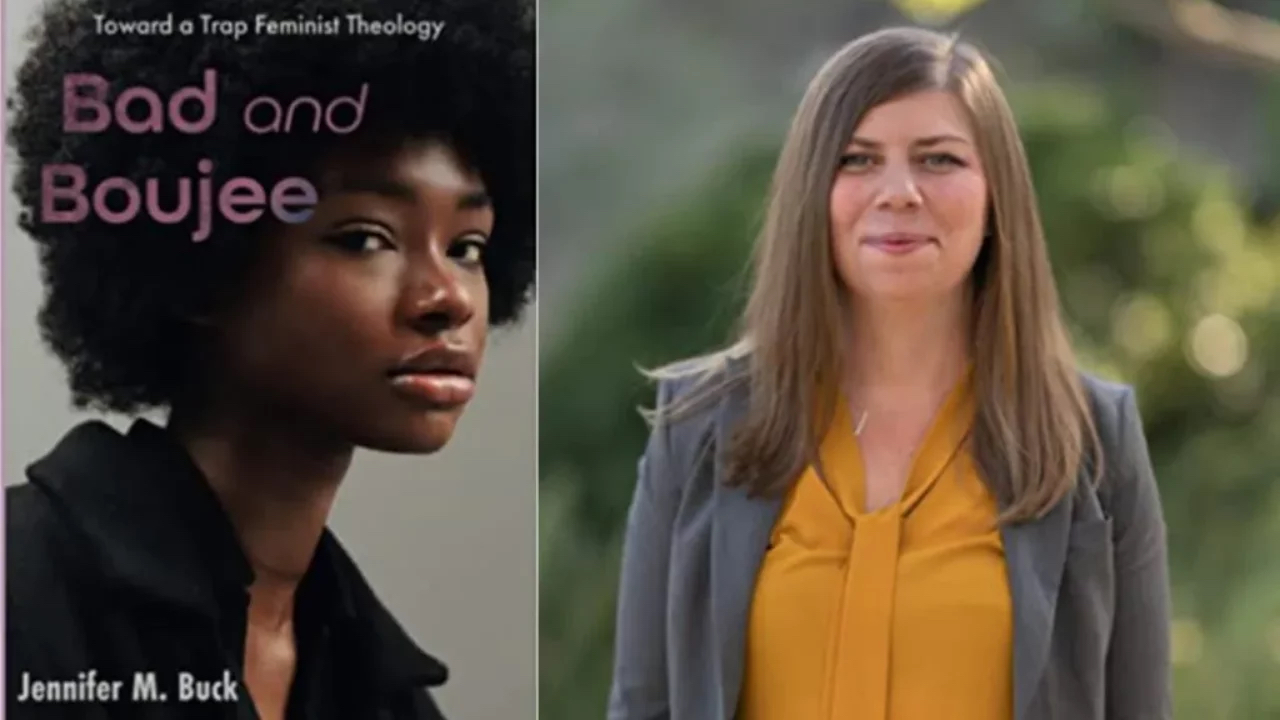 Imagine yourself walking through a bookstore, exploring what’s new to read. Your attention is drawn to a beautiful Black woman with an afro on the cover, along with the title Bad and Boujee: Toward a Trap Feminist Theology. Your assumption would probably be that it’s written by a Black author, particularly a Black woman author. To your shock — it’s not.

In April of this year, the publisher Wipf and Stock pulled the book from circulation after many raised concerns about the white author’s qualifications to write on the Black experience, hip-hop music, ethics, and feminism.

Among those concerned was the author and podcast host Sesali Bowen, who coined the concept of trap feminism in 2014. Basically, it is how people attempt to celebrate Black women without talking about their lived experiences. Most notably, things like copying the aesthetics of artists such as Cardi B or Beyoncé without giving them credit or connecting it to their lives. Bowen wanted to emphasize these women because they are often talked about without ever being talked to.

So, you can imagine how Bowen was taken aback when academic Jennifer Buck released a theology book on trap feminism. Buck did not approach her while researching Bad and Boujee. This idea of talking about Black women without directly engaging with them about their lived experiences gets to the core of why Bowen felt the need to label this era and the concept of trap feminism in the first place.

This has sparked a larger conversation in the publishing world over when, and even whether, it is appropriate for authors to write about subjects outside their own culture. My answer: absolutely not.

Buck is insulting while making an indignant attempt to define what a trap queen is: “the trap queen is raised in the ghetto but not ghetto.” Literally, what? Knowing that she (and the publisher) put a Black woman with natural hair on the cover is just racist.

Yale University gave Jennifer Buck a $10,000 grant to write this book, and they ought to be ashamed of themselves. The preview has the all too familiar white gaze; stale and bland. If Yale really wanted to do a worthy service, they could have supported a Black woman writer to write about our history and culture.

It matters for Black women to have their lived experiences and spirituality situated by other Black women. White women have no business writing about trap feminism, Black feminism, or anything that concerns Black women’s lives that they will never experience. It’s disturbing for a white woman to educate other white people on what (they believe) Black women are doing and how they are living their lives.

In a statement, Wipf and Stock Publishers said that its critics had “serious and valid” objections. “We humbly acknowledge that we failed Black women in particular, and we take full responsibility for the numerous failures of judgment that led to this moment,” Wipf and Stock said. “Our critics are right.”

Of course, the critics are right. Do you know why? Because once again, Black women have been muted for the sake of white women’s voices.

Bowen’s 2021 book Bad Fat Black Girl: Notes from a Trap Feminist, summarizes the niche topic: “Trap feminism says that Black girls who have ever rocked bamboo earrings, dookie braids, Baby Phat, lace fronts, or those who have worked as hoes, scammers, call-center reps, at daycares, in retail, and those who sell waist trainers and mink lashes on Instagram are all worth the same dignity and respect we give Michelle Obama and Beyoncé.”

The truth is white women are typically celebrated as leaders of feminism. However, they have fought for the few, not the many. Their white feminist politics dispossess the most marginalized to liberate themselves. Generation after generation, we see feminists go down the same dead-end roads, working within the structures of racism and capitalism.

The backlash was so loud that over 140 authors wrote and signed a letter to Oprah asking her to withdraw American Dirt as her Book Club choice. Oprah refused and instead, true to form, decided to host an event on Apple TV that brought in three Latino authors, along with the author, to discuss the differing perspectives on American Dirt.

Candice Benbow, theologian, and essayist, argued that the publisher of Bad and Boujee needs to do more than just pull the book and use this moment to create more opportunities for Black women. “Just pulling the book doesn’t go far enough, you have to do more when you’ve done this harm,” she said. “And part of that is creating opportunities where these women can publish, can be given research opportunities and funding opportunities.”

The targeted audience for Bad and Boujee is white people, particularly white women. This is a white woman spreading inconsistencies and false observations about Black women to a group that doesn’t value or respect us anyway. Buck can reinforce her foolishness by using her academic stature.

Although I can appreciate anyone who chooses to express empathy towards marginalized groups, I do not feel as though Jennifer Buck is qualified to write a book about trap feminism, simply because she likes trap music. I’m a Black woman and yet I would not feel comfortable writing a book or giving a speech on the topic, because I didn’t grow up in the trap. What would make this author think that she should? The entitlement and overall lack of self-awareness are beyond me.

Some Black women authors have already coined the terms and have experienced this life. Read their books instead:

Joan Morgan – When Chickenheads Come Home to Roost: A Hip-hop Feminist Breaks It Down

Mikki Kendall – Hood Feminism: Notes From the Women That A Movement Forgot