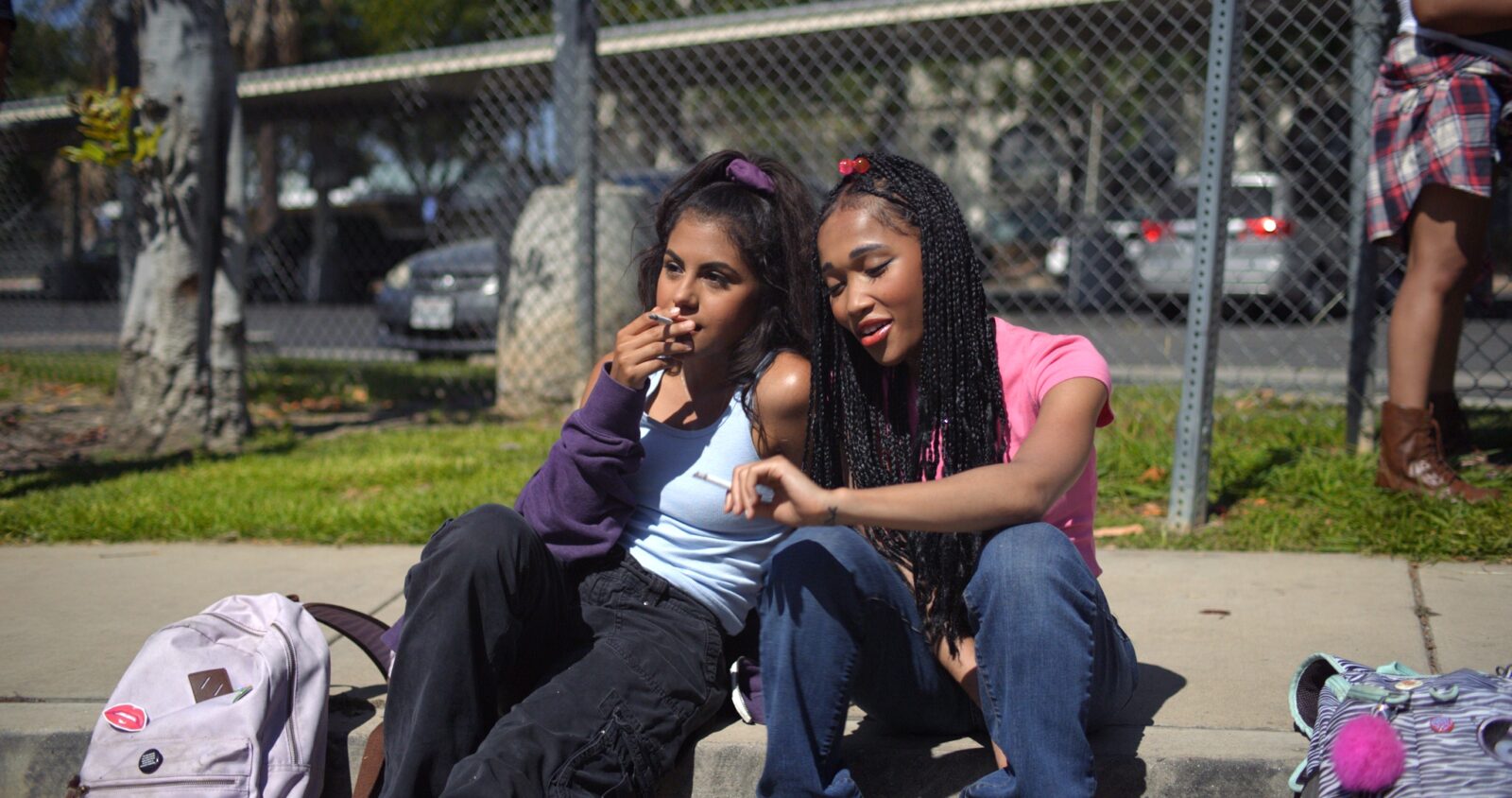 I love the HBO series Euphoria. Yes, kids today have it tough, much tougher than my generation did when it comes to the struggle to stay innocent, but Euphoria addresses it in a way that’s so exaggerated it’s nearly hormonal. Every single kid goes through every single thing and they suffer the wrath of the decisions they’ve been forced to make.

There’s a distance that exists in the story. Sure, these things may happen to some kids, but no one I know. It’s a show; it’s not personal. Metaphors abound and the performances are fantastic so there’s always something to be taken away, but I never imagined any of those kids to be the kind that I knew.

For five years, Raise Your Hand writer and director Jessica Rae worked hard to create her first feature. She culled not only from her own personal experiences but the experiences of her family and members of her community. Believing the edict, “No one will hear our stories unless we tell them,” Rae set out to make a movie that is authentic, relatable, and as strong as the survivors it portrays.

In the film, raising your hand means identifying yourself as being part of an experience. Raise your hand if you grew up poor; raise your hand if you suffered sexual assault; raise your hand if you have a family member in jail. These are just a few of the things our cast of characters deal with in their everyday lives. They spend their days living generational curses and ache for ways to escape. We follow the best friend team of Gia (Jearnest Corchado) and Lila (Hanani Taylor) as they grow up in the midwest during the ’90s. They live in an urban area where most families are lower-middle class and struggle just to make ends meet.

Gia’s father has been in jail since before she was born. It is a source of embarrassment for her, but I suspect mostly because she was getting teased over someone she didn’t really know. Her mother remarries a seemingly good man and has more kids, which translates into less time for Gia.

Lila’s homelife is a bit more complicated. Her mother was brutally killed when she was young, leaving her in the care of her rapidly aging grandmother. To avoid being reported to Child Protective Services, Lila strikes a deal with a local officer.

The stress of daily life causes the girls to act out in the way high school-aged girls tend to do. They skip class, they smoke on the corner, and they are free with their bodies for the wrong reasons. They cuss and yell at their parents and they ignore authority, all while trying to express themselves to a world they don’t think will listen.

Gia is a writer and fills her notebook with stories, some her own and some others’. One day after she acts up in class, her teacher Ms. Ramsey (Jess Nurse) confiscates her notebook and is shocked by the contents. She’s impressed with Gia’s writing ability but flabbergasted by the content. She confers with Amaris (Joel Steingold), who appears to be a de facto counselor at the school and often tries to lend a hand to the kids. As one man he can only do so much, and even in the ’90s, the issues of the new generation are much more complicated than the ones previous.

ALSO READ
Fantastic Fest 2022 Review: ‘The Visitor from the Future’ is a Wacky New Comedy You Must Watch

Where Euphoria is mostly about the effect of social media and technology on kids who are already disenfranchised — bullying, cyberstalking, sexcams, etc. — Raise Your Hand tackles the core of these issues. A new boy in school named Wish (Shawn Turner) takes interest in Gia, and she’s quickly enamored by him. She and Lila have a falling out, and Lila gets revenge by inviting Wish to her house during a party. Gia shows up and catches Lila and Wish together, causing her to run to the bathroom angry and upset. Wish comes in and the events after force Gia and Lila to deal with the rippling aftereffects.

There are a lot of moving parts, and they’re all handled with care and precision by Rae and her team of mostly women. Every actor gives performances well beyond their years and brings realness and charm to every scene. You don’t dismiss these kids. You don’t think, they’re not real, they’re just ____ [insert whatever stereotype fits best: lazy, violent, angry, rude, slutty, stupid]. These kids’ lives are all-encompassing, and the world is created without bogging down the rest of the production. Outside of the school being named Jefferson High, I don’t know that a city is ever stated. The stories are stories that could and do happen anywhere.

What can I say? I loved this movie! I laughed, I cried, I was shocked, I was perplexed, I went through every emotional rollercoaster the film took me on and lined up again for another ride. There’s a fine line between relating an experience and exploiting one.

Another film written by Chisa Hutchinson called The Subject focuses on a young documentarian who becomes famous after a film about kids growing up in the streets of Harlem. One subject participates in a gang initiation that takes his life. That film talks about the responsibility of the filmmaker surrounding when to intercede and when to let things play out for the sake of art. Because the main character’s background is so distinctly different from his subjects, he gets criticized for profiting from the pain of the Black community, his own form of cinematic appropriation.

In Rae’s case, she understands the world she writes about intimately. In one scene, Gia tells Ms. Ramsey that she doesn’t understand the students, that she doesn’t come from where they came from and she didn’t grow up how they grew up. During the raise your hand segment, Ms. Ramsey mostly keeps her hand down until the last question.

Later when she and Gia are speaking, Gia asks why she didn’t respond in a certain way to an event that happens earlier. Ms. Ramsey responds that at the end of the day, she’s still a Black woman. Gia finally sees the limitations of people she sees as “old and smart” and realizes that maybe she doesn’t need to actually be as lost as she feels. Or even better, she can accept that while she doesn’t have all the answers, she does have a voice.

Raise Your Voice will be available on ABFF Play as part of the American Black Film Festival, November 3–28, 2021. The festival is virtual and free to all this year, so I encourage you to register and check out the newest Black-focused films and TV series.