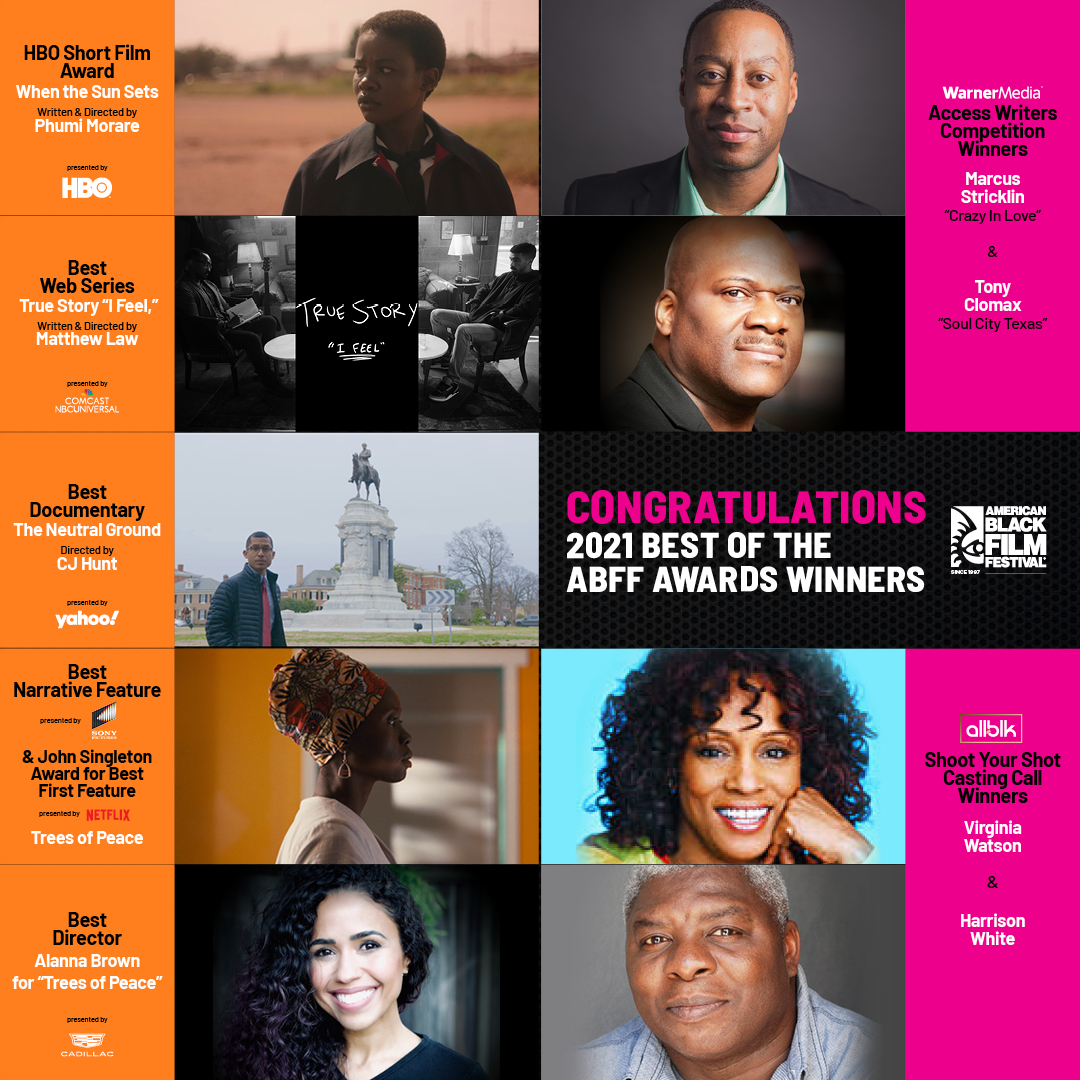 The American Black Film Festival (ABFF) today announced the winners of the competitive film selections and talent pipeline programs during the Best of the ABFF Awards ceremony. Hosted by comedian, actress and author Amanda Seales (Insecure), the ceremony was presented virtually for the second year on ABFF’s custom-designed streaming platform ABFF PLAY. ABFF winners receive a combined total cash prize of over $55,000 along with two actors cast in an upcoming original series. Oscar-winning actress Halle Berry served as this year’s ABFF ambassador.

When the Sun Sets, written and directed by Phumi Morare

True Story: I Feel, directed and written by Matthew Law

The 2021 Talent Pipeline Program winners are:

The 2021 Fan Favorites as determined by the ABFF’s virtual audience are:

“We wrapped our 25th year on an incredibly exhilarating high as we honored some of the most talented and promising filmmakers who are sharing authentic stories about experiences from a Black and Brown perspective,” said Jeff Friday, Founder and CEO, ABFF Ventures LLC.  “Showcasing this content and uplifting Black creatives is what ABFF is all about. As we close out this landmark year, fraught with uncertainty, with a highly successful virtual celebration we are honored and encouraged. We extend profound thanks to our corporate partners and supporters, our worldwide audience and celebrity participants and look forward to continuing the ABFF legacy in Miami in 2022.”