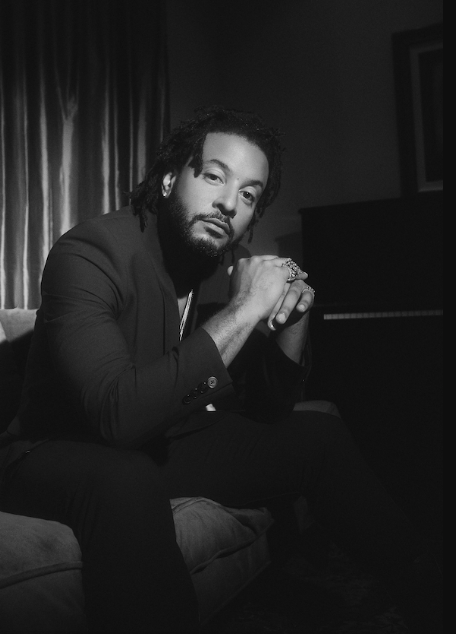 Before Netflix’s Firefly Lane, Canadian actor Brandon Jay McLaren did a guest shot in Jordan Peele’s version of The Twilight Zone, and before that a role as loner customs agent Dale Jakes on USA Network’s Graceland. Later on he switched it up to play a milder-mannered therapist on UnREAL followed by numerous guest shots and arcs on AMC’s The Killing, Chicago Fire, and the short-lived Falling Skies. In addition to his current role, he’s set to turn up on Turner and Hooch, Disney+’s new series when it debuts.

BGN has a quick phone interview with the actor this week to talk about his role and projects in the present, which seems pretty bright.

You kind of disappear into your roles. You’re now the love interest in the present arc of Firefly Lane for Sarah Chalke (Scrubs, How I Met Your Mother, Roseanne), and it looks like you’re a PTA dad. Any hint of how your character will evolve?

No, not a lot because this show is so unique. It takes place over three generations, and I’ve never done a show even  remotely like that. I don’t even know if they know where it’s headed. It was just sort of episode to episode because there is so much ground to cover and so much story to cover. Each generation only gets little slivers.

I think the good thing about that is that it leaves a lot of room for potential seasons. You know—all fingers crossed—because you can really sort of stretch out a storyline over a long period of time.

I don’t know if you saw the way Travis and Kate’s story ended but it ended on an up note. So here’s hoping for more juicy story lines in Season 2.

Is he a good guy for Kate (Chalke)?

Yeah, I’ve gotta say this is probably the most earnest character I’ve ever played. He doesn’t really have any ulterior motives. He just actually likes her and wants to be there for her in whatever capacity that makes her better.

And that’s what I learned while I was shooting. This guy is coming from a [good] place. He lost his wife, and I think he is just looking for a real, genuine connection. Kind of on her time. Like, “However you want us to work, however you want us to look like, I’ll do with that,” which is cool. Which is, I think, a pretty progressive example.

For example, if you really care about somebody you just want to do what is best for them and their well being, you say, “Hey, I’ll be here to support you however that is because I love you and I care,” and that’s really cool.

I doubt if you have been told about a second season, but have you?

No, I know nothing. This is also my first Netflix show so I was on Facebook and you get those photos that say [jokingly], “This is a photo from the UFO today!” and [the photo] was our wrap party. We wrapped a year ago, so it’s taken an entire calendar year and maybe a little longer for it to come out. Netflix premiered all the episodes in one shot, so I am so excited for this to come out.

I can sort of feel the buzz because I know the book was really, really popular, and it will take some people back to a nice nostalgic time in their life.

It did for me.

Yes. It was so funny, during the wardrobe sittings, I looked at the clothes and everything was so big. And I was like, “Did people really dress like that in 2003?” My wardrobe person showed me a picture of, I think, David Beckham and Posh Spice’s wedding and …everybody was dressing bad. Everybody was complicit.

Now you’re doing Turner and Hooch. What’s that like?

It’s kind of like a continuation of the original. Josh Peck plays Scott, Turner’s son, in this, and he worries about his dad’s legacy and he gets the dog, the same dog from the original, and I play his partner.

So it’s just like a buddy/cop/action/comedy, and it’s an hour long. It’s great fun and interesting. The last couple of projects I’ve done have been comedies, so like my career has taken this odd, comedic turn later on in my life and I don’t know why.

But yeah, it’s been fun. Josh Peck is a comedic genius and also, we’re just happy to be working during the pandemic. Everybody was off for so long, I think everybody is just grateful to be back doing what they love.

You were working on shows, one right after the other, and you’re working on another show in addition to Firefly Lane, if it comes back. How do you switch back and forth and keep your focus?

There’s a little bit of me somewhere in every character I play. Wherever my point of connectivity is with that character, you exaggerate it and you make it more of yourself.

When I played Jake on Graceland, he was sort of surly and confrontational. I definitely had to find a part of me that was like that. I definitely have to temper it, otherwise I would probably live a very unhappy life.

But when I am playing that character, I’ve got to turn that dial up a little bit.

Do you take any of that home?

I remember very early on in my acting class, that was one of the main things that they always impressed upon us. Use it as more of a cathartic experience but don’t use it as a purge.

When you go home, you should be a little more free from that instead of having a burden from it. So it’s always been something that has stuck with me and I try to intimate that into my work all the time.

Have you ever felt like, hey, the producers just want a Black guy character to spice things up a bit?

A lot of the roles I’ve done, I feel like my characters have been [the main] story. They’ve been written for it. They’ve been around, they just aren’t there for a punchline.

Also, it can show up that way and then you give them something interesting and they are like, “Maybe there is something here that we can lean into a little more…then write more and showcase more.”

They just want people to come on and pop and be interesting. If you can do that, sometimes you can change their minds.