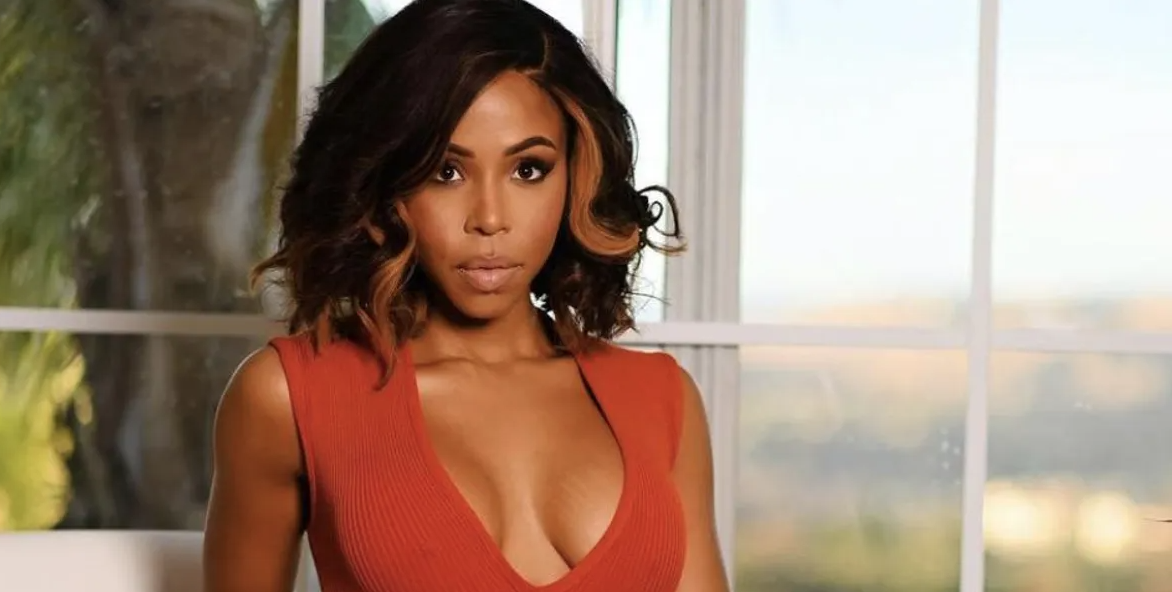 KJ Smith always knew she was destined for stardom. For over a decade, her credits have included The CW’s drama series, Dynasty, Issa Rae’s Giants, and ABC’s Black-ish, just to name a few. BGN had the opportunity to speak with Smith via telephone about her upcoming role on the popular Starz series Power Book III: Raising Kanan, as well as how her character on BET’s Sistas has evolved over three seasons.

You will be starring in the second season of Power Book III: Raising Kanan. Can you tell us about your character and what we can expect to see from her?

Well, on the show my name is Palomar, and I have a 15-year-old daughter. I’m a very particular mom. I have interactions with some of your favorite characters on the show. What I can say is that Palomar is a vast change from any role anyone has ever seen me in. Just even being in that environment — the sets look different than anything I’ve ever been on. I think that it’s probably one of my most challenging roles yet because I’m not like this character in my real life. I had to really pull to find who this woman was. I had to do a lot of research, make phone calls, and live in the city for a while to gauge how this person could be the way she is. I love her now because I was able to find women like this. I can sympathize with who she is and why she makes the choices that she makes. I definitely judged her in the beginning.

On a recent episode of Sistas, we watched Andi try some new things. The show is definitely keeping us on our toes. How has Andi’s character evolved over three seasons and where do you think she’s at right now in her life?

Actually, it’s really cool. I’ve watched Andi be a love-drunk, ambitious, strong woman. She’s strong in her friendships, so much so that she would cover up the full truth to her friends. I’ve seen her make choices to win the affections of a man who may not have been ready for those affections. I’ve seen her make some really bad decisions for love and potentially ruin her everlasting relationships with her friends. Now, she is coming out of this haze — a fog of denial. It’s like she’s saying, “Oh wait, I was painting a perfect picture in my head and now the fog is gone.” She is seeing all the imperfections.

If I could identify what stage Andi is in, I would say she’s in her anger-revenge stage. Love has all types of stages; breaking up has its different stages. She’s in the stage where she’s angry. She’s mad. It’s still cloudy though, because when you’re mad you still can’t make great decisions. All you know is that you want to do something. Instead of sitting down, Andi keeps moving because that’s who she is. She just moves, and she takes action. Sometimes she doesn’t think about the repercussions of those actions. This is really interesting because she’s a lawyer and doesn’t do that for work. She also doesn’t do that with her friends. She’s always telling her friends what they should and shouldn’t do and how they need to be careful. In her own love life, she is definitely in an anger stage. She keeps moving instead of sitting down to figure things out.

You know, I have been there before, so I’m not even mad at her. Her choices are valid. The love Andi is getting from fans is “Yes! Andi’s doing what she wants to do!” The question I ask is, does she really want to do that? Or, is it that she just doesn’t want to be in her other situation? I’m discovering a lot about Andi. She has really changed my life. She makes me reflect on my own life.

As a Black woman in the entertainment industry starring in one of the most popular shows on cable television, you have a lot to navigate. Young women are also looking up to you. What is your outlook on staying true to yourself, as well as navigating life?

I used to say know who you are before you get into the business because it will make you into what it wants you to be. Now, in my growing knowledge, I don’t know if I would have discovered who I was without this business. For any young woman, know your boundaries and have one solid plan. Don’t make two, three, or four plans — have one plan. If you can, find mentorship in someone for where you want to be and where you want to go. Have flexibility in knowing that you can’t control everything. I am very much a borderline A-type personality. When I lose control or things are out of your control, it creates anxiety and fear. I’ve had to learn how to relinquish control to God. I would also say do not give up. I have friends that landed that life-changing role at 50 years old, so you just can’t give up. Enjoy the journey. It shouldn’t be this devastating, agonizing struggle. It should be fun, so enjoy it. When I first came to LA, I was just so grateful to be here. I had fun! All of a sudden, someone told me what it was supposed to look like, and then it became ugly and sad. Now, it’s fun again for me.

Season 2 of Power Book III: Raising Kanan is expected for Summer 2022 on Starz. The third season of Tyler Perry’s Sistas is currently airing Wednesdays on BET.