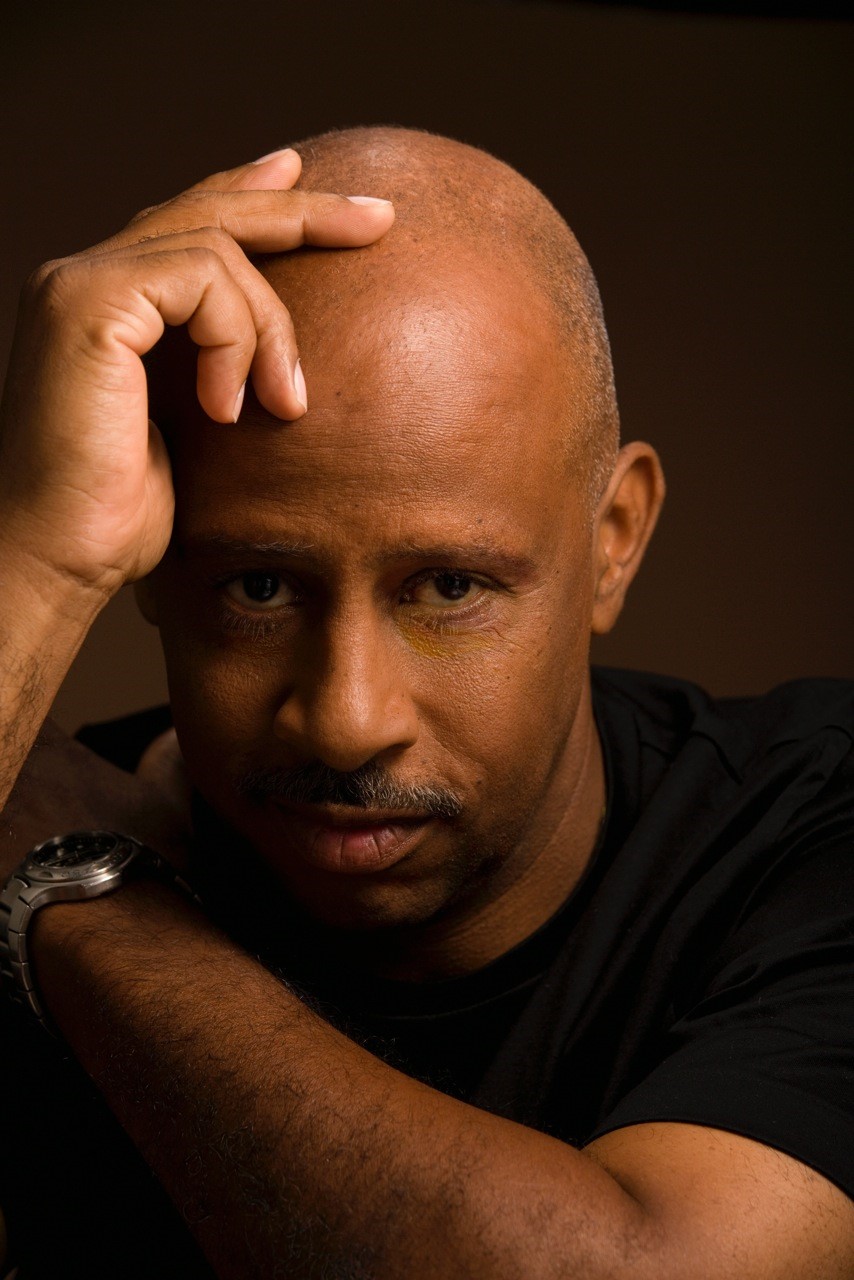 Actor-playwright Ruben Santiago-Hudson was interviewed by BGN via email about his role as Dr. Bree in the series. Dr. Bree, a clinical psychiatrist who challenges main character David (Akili McDowell) to examine the trauma of his past and his hopes for the future. He works closely with Dr. Woods-Trap, played by the illustrious Phylicia Rashad. The two examine David’s behavior while also coaching him through his emotional outbursts.

Can you share with us some background on your character, Dr. Bree?

Dr. Bree is a school psychologist who was brought in by Dr. Woods-Trap to evaluate David’s mental state after she recognizes he is exhibiting some erratic behavior and to evaluate him for a possible move to an elite charter school, which she thinks would be great for him.

David Makes Man is such a provocative coming-of-age story. What was it specifically about this subject matter that sparked your interest?

First of all, Tarrell McCraney is an incredible artist. To have a chance to work with him is something I’ve always wanted. Also to have the honor of being on Oprah Winfrey’s OWN network with my dear friend Phylicia Rashad is pure joy. Throughout my career, my goal has always been to find projects that explore and demonstrate the complexity and fullness of African-American life and our people. That hasn’t always been easy, but writers like Tarrell McCraney never fail to show us as “whole” human beings, not caricatures.

As a playwright, when you read a script for a role, do you ever share any suggestions with the writers?

When I take a job as an actor that is what I do — act. My job is to honor the writer’s work and my character’s journey in the story. If the writer asks for my input and if I have something constructive to add, I will. Other than that, I’m there to help the writer realize the humanity in the character that they wrote.

What scene resonated the most while filming this series?

I don’t want to give too much away, but in my final episode, I have a heart-to-heart with David in a beautifully written scene on a playground bench. By that time in the process, Akili [David] and I were clicking in a wonderful way, and some genuine feelings were clearly on display.

Why is David Makes Man an important story to tell?

David Makes Man is so important because, true to Tarrell McCraney’s writing, we get to experience Black life unlike anything we’ve ever seen on television in the most profound and truthful way.

You have an upcoming role in the film Obsession. Can you share with us a little about the movie and the character you play?

I filmed Obsession so long ago that much of what happened there is deep in my memory. The thing that I remember most is how delighted I was to reunite with Mekhi Phifer, who played my son on Broadway in Lydia Diamond’s Stick Fly. He’s a good friend and a wonderful actor.

It’s so exciting that you wrote the feature film screenplay for Ma Rainey’s Black Bottom from the play by August Wilson and that Denzel Washington is involved. How did that come about?

Just so we don’t confuse anyone, Denzel Washington doesn’t star in Ma Rainey’s Black Bottom. He is the producer on that one. Viola Davis and Chadwick Boseman are the stars of the film, along with some incredible actors like Glen Turman, Michael Potts, and Coleman Domingo. Denzel was gracious to call me to discuss the project, I assume because of my vast experience with August Wilson’s work. After our meeting, he offered me the opportunity to write the film adaptation, which literally floored me. I went to work on it immediately for the next year. Working with Denzel and George Wolfe, our amazing director, and with arguably the greatest playwright of the American Theater is truly a blessing. I am so excited to see the final product.

David Makes Man airs Wednesdays 10/9c on OWN TV. Production for Ma Rainey’s Black Bottom just wrapped; look for it to come out in upcoming months.