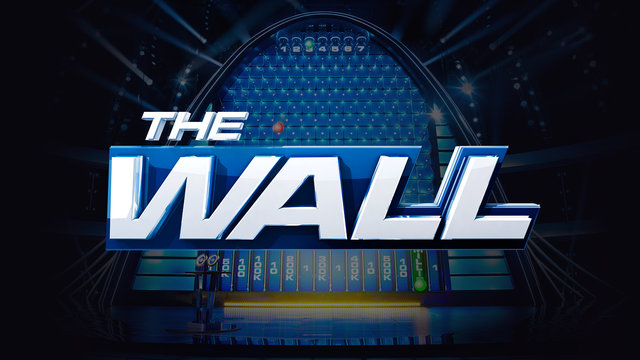 Tonight a Special Preview of NBC’s The Wall will air at 10PM EST.
I had the opportunity to view the episode, so here’s a breakdown of the show.

The format for The Wall comes from executive producer and NBA star LeBron James and also by executive producer, actor-comedian and TV personality Chris Hardwick.  The game itself is easy, yet the elements of a random ball drop and play partners decisions; bring tension to the match.  One of the immediate aspects that separate this game from others is the choice of contestants and the monetary prizes.

The first two contestants are John and Angel, who receives the Teacher of the Year award. Through the course of the game, the love these two shared and the good works they contribute to their communities invest the viewers into the outcome of the match.  The maximum prize amount is also groundbreaking, with the opportunity to win Twelve million dollars.  The game begins with a round of freefall. I’ll confess on first viewing this episode of The Wall you can’t help comparing it to a giant Plinko board. However, the wall has a sleek, modern design with a large display screen.

As a pair contestants, John and Angel can answer a series of multiple-choice questions based on pop culture, music, books and history.  After this round, the couple separates. One partner continues to respond to issues in isolation, not knowing the effects his or her answers are having on their monetary totals.  Because after every successful round The Wall requires an equal number of Red balls to be released, these decrease the total of the prize money.

Then at the end of the game, the final decider is the partner in Isolation. They must choose between a guaranteed payout or decline that for whatever total their partner has accumulated.

Hardwick is a perfect match for this show. He guides contestants with an earnest engagement in the outcome of the game and genuine emotional connection with them during the tougher moments. He also brings in some wonderful moments of humor.  The pacing of the game is excellent as it leads up to the final decision and the emotional conclusion.

The Wall airs tonight at 10/9c on NBC

Kai Charles is a Medical Professional,  Jedi Hopeful, and  Independent Book Reviewer at Fiction State of Mind.  You can also find her on Twitter @yogikai, tweeting about all things relating to Books & Geek Culture