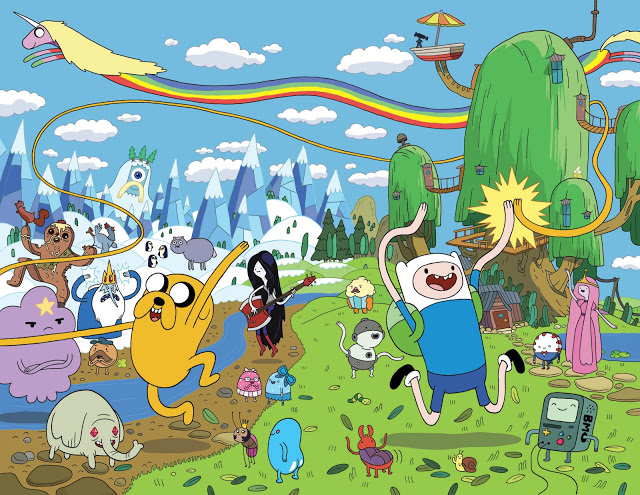 Finn is sweet. Jake is fatherly, yet fun, and Princess Bubblegum is a genius that reminds me of the independently dynamic Powerpuff Girls (of the nineties and two thousands) that modern cartoons tend to lack. But Lumpy Space Princess is my favorite. Each character has unique tendencies, speech and resides in different geographic locations in the land of Ooo, but they all call the fictional land (and the celestial space above it) home.

Adventure Time made its premiere in 2010, when I was a mere freshman in high school, learning what made me, and reevaluating what home really meant. Ooo’s vast and fantasy-like environment caught my attention, but the relationships between the series’ characters kept me invested in the show. The most obvious being Finn and Jake’s relationship; as the show’s title states, the two are equally adventurous, curious, and willing to do whatever they must to de-escalate conflicts and keep the Land of Ooo safe. They are heroes that don’t throw a cape over their emotions. Finn and Jake laugh, cry, fight crime and are still seen as the friendly protectors of Ooo. But what’s more interesting is Princess Bubblegum and Marceline’s relationship.

Their tense relationship initially read as fire and ice: One very organized and stringent candy princess and another go-with-the-flow, lax vampire. It’s clear that the two were once close, though why they disassociated with each other was only vaguely explored, not thoroughly explained. But from singing songs to stealing memorable tee shirts, their tumultuous relationship was full of care. Princess Bubblegum is a hero in her own respect, as she uses science better The Land of Ooo and eliminate candy crime, while Marceline feels all of her emotions in their entirety and rocks out to emotionally-heavy tunes, like “The Fry Song” and “Not Just Your Little Girl.”

Yet the most interesting relationship in The Land of Ooo is the Ice King and Marceline. In the aftermath of the Mushroom War, when Ice King was still Simon Petrikov, he protected Marceline as the world endured apocalyptic ruin. We don’t immediately learn of this relationship, but when we do in the “I Remember You” episode, where it is revealed that Simon Petrikov had to wear the magic crown that turned him into Ice King to stay alive and protect young Marceline—consequently losing all memories of his previous life, and the soon-to-be vampire herself. These characters’ backstory makes their odd relationship make more sense, but it doesn’t try to explain every aspect of their personalities; there’s still room to ponder Marceline and the Ice King’s backstory even further. 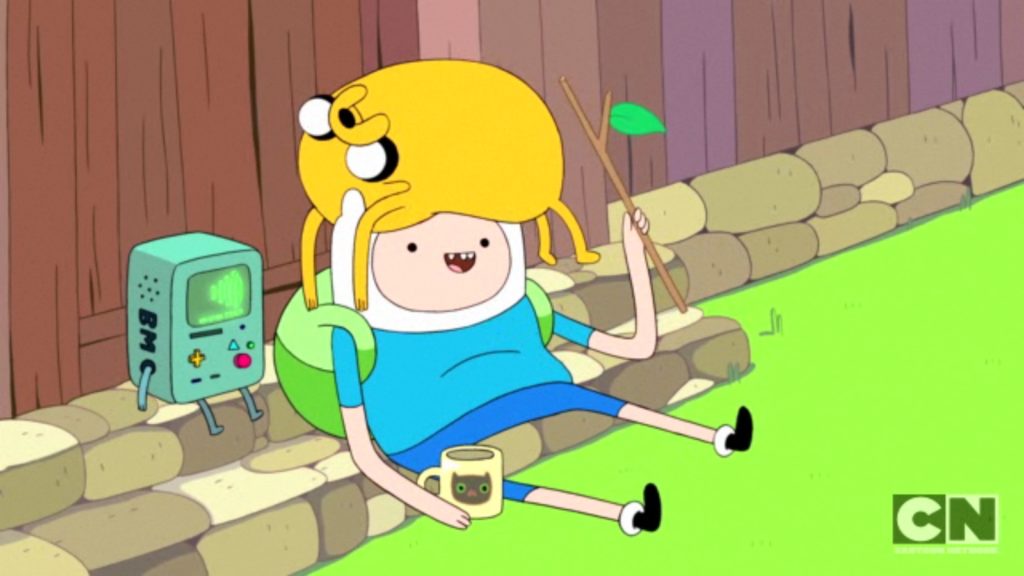 A lot makes sense, and a lot does not make sense in the Land of Ooo. Adventure Time’s trippiness can be attributed to many things, but what’s most evident is the characters’ constantly changing relationships and ever-changing world. Adventure Time has left a dent on the animated television world, merging audiences of all ranges who enjoy familiar escapes to the world with a larger message. Ooo is nothing like any place on Earth, yet it resembles so many of the places we call home. Places that are complex, obscure and sometimes frustrating, yet still, at the end of the day, are still home.

The ninth and final season of Adventure Time is in production and will premiere on Cartoon Network in 2018.