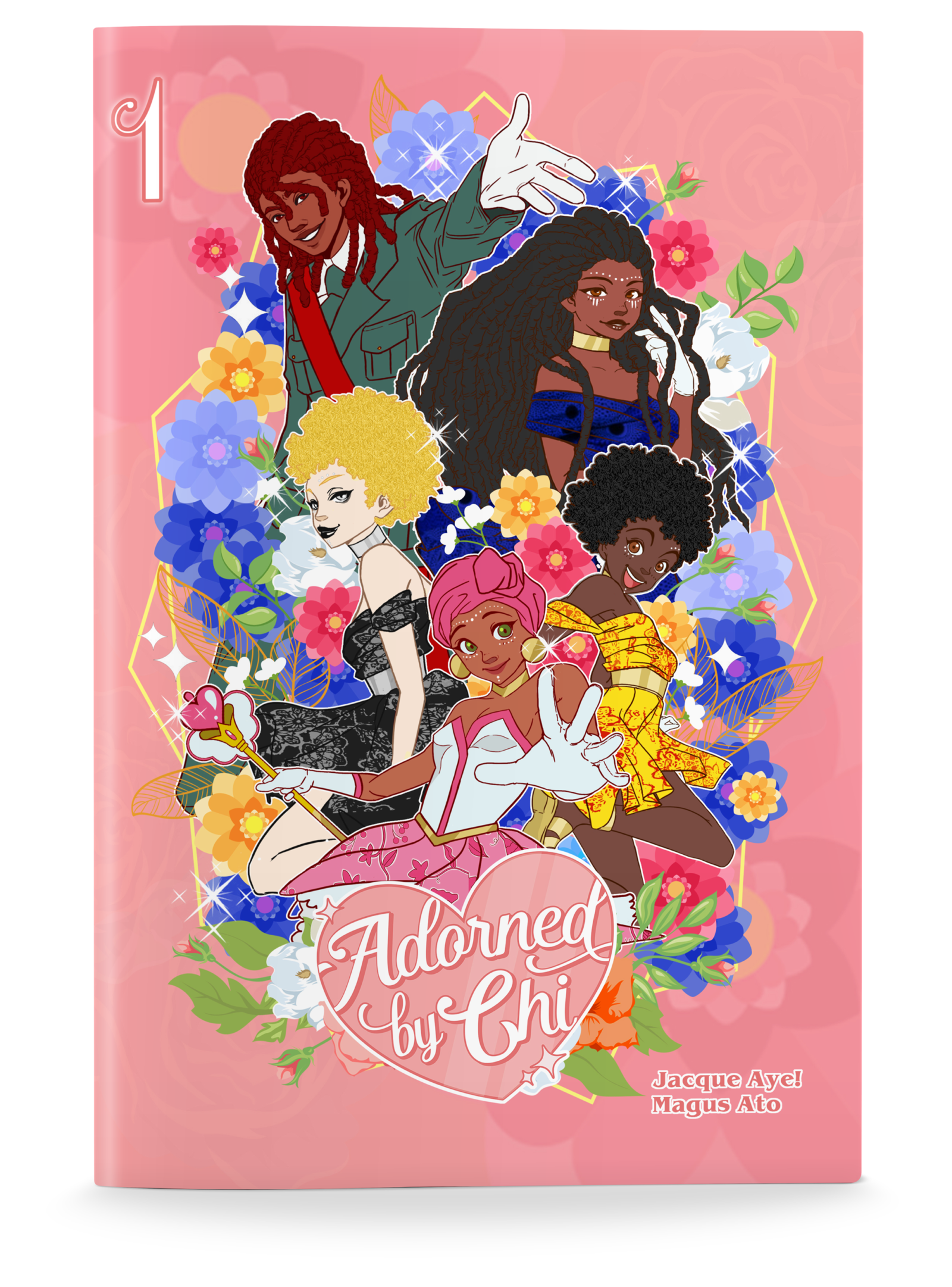 Created by Jacque, the founder of Adorned By Chi is her latest project African Magical Girl Manga!

The story tells the tale of Adaeze, a painfully shy Nigerian college student who discovers she has Goddess-like powers and must, reluctantly, lead a team of young warriors to defeat an apocalyptic monster that threatens to destroy humanity.

Adorned by Chi is inspired by the Japanese Magical Girl genre and series like Revolutionary Girl Utena, Madoka Magica, and, of course, Sailor Moon. The story also takes elements from Igbo culture & lore, including Goddesses like Ala, Uhamiri and more. 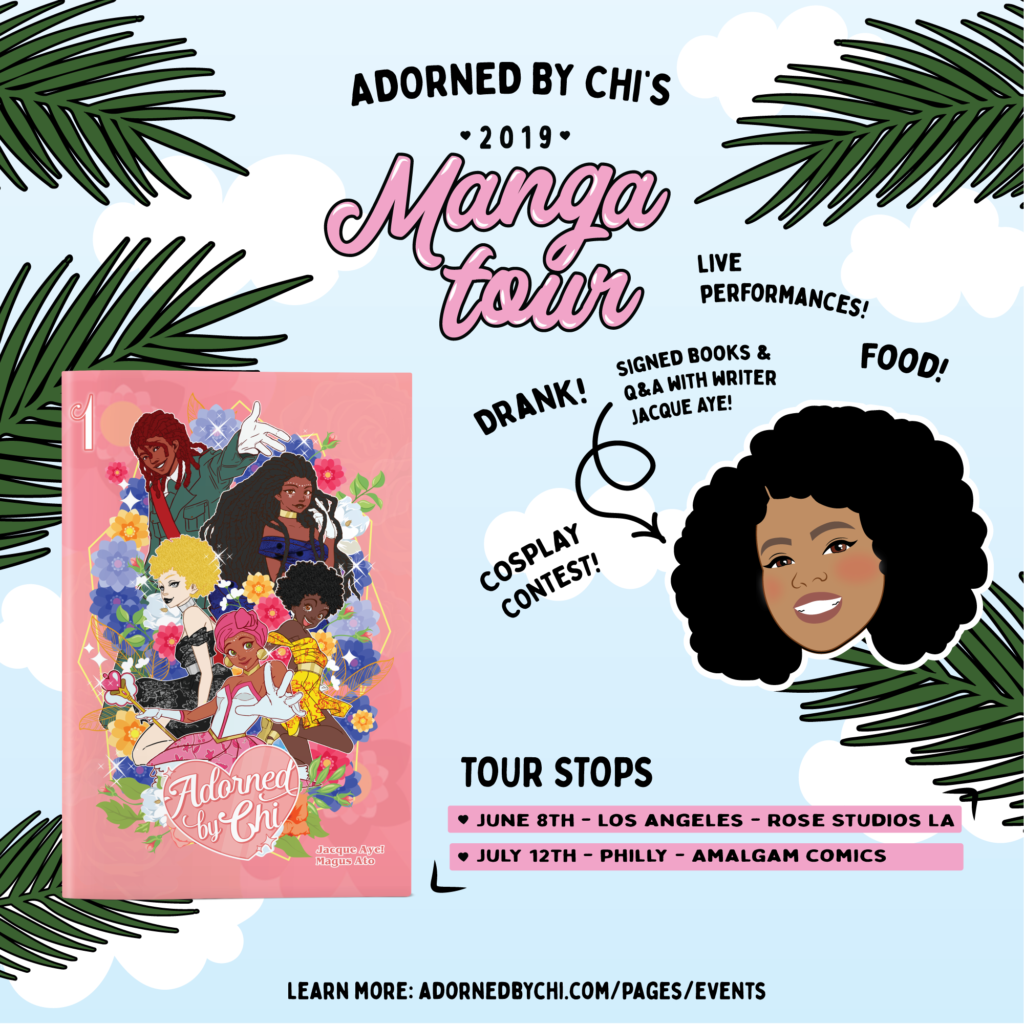 The Black girl manga is the first of it’s kind, will be available for pre-order on 2/11/19! In addition, the Adorned By Chi team is also going on “tour” to celebrate it’s release starting in LA and ending at the first Black woman-owned comic shop in the Northeast — Amalgam Philly.