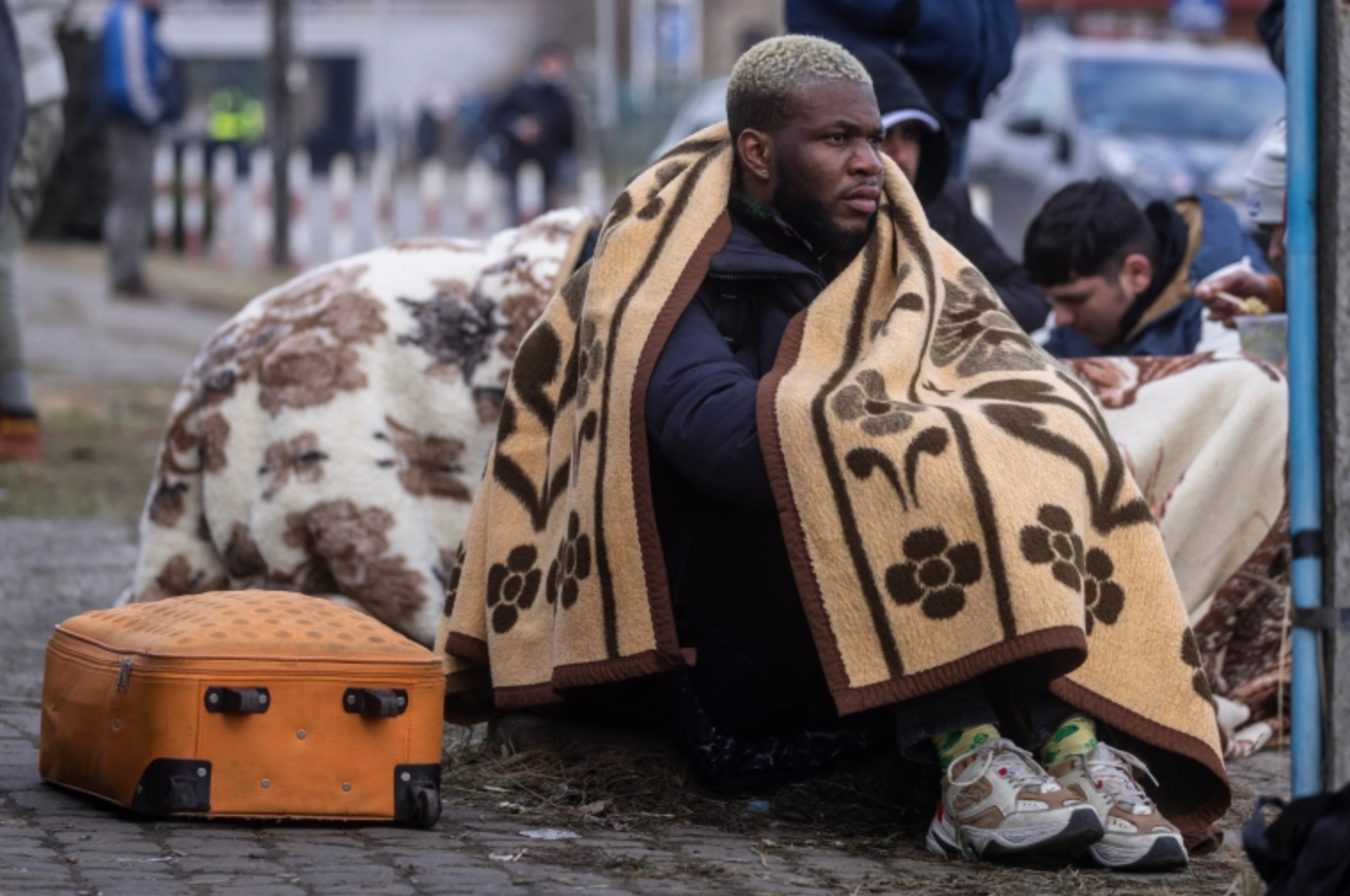 As surely as there are fish in the sea, there was bound to be anti-Blackness in responses to the Russian invasion of Ukraine. It is, unfortunately, a fact of life in a post-colonial world.

As condemnation has rightly spread worldwide from most nations save a few, there has been much focus on the conflict’s human cost. Men — and transwomen and nonbinary citizens — of fighting age, 18-60, have been banned from leaving the nation. The few who make it to the border are sometimes turned back and told instead to report to a recruitment station.

Elsewhere, ciswomen and children make up many of the nation’s nearly 3 million refugees who have fled the warzone into other parts of Europe and abroad.

Under all this chaos, however, lies an additional layer of strife.

While Ukrainian citizens have seemingly been welcomed with open arms, non-white refugees are living a different reality.

These people, often students, face discrimination at border crossings often by border officials themselves. At these crossings, Ukrainian citizens, predominantly white, are given priority. First- and second-hand accounts have cropped up over Twitter and Instagram under the hashtag “africansinukraine.” Because white supremacy has time for everyone, this discrimination has extended to Middle Eastern and South Asian refugees.

In an article for NBC News, one such refugee presented her story. “There was a gap in the access Black and brown people were getting. There was no one offering their homes to Black people, no one offering to pick up the Black individuals,” said Patricia Daley. She is one of three co-founders of Black Women for Black Lives, an organization that helps Black refugees flee the conflict. “There was a tremendous amount of people offering help and support, but I feel like it was limited to Ukrainian nationals alone. And we know what that means. It’s excluding a group of people. There was a need to support Black people because they weren’t getting the support or access. There was a gap, and we bridged it.”

It goes without saying that the Russian aggression against Ukraine is a war crime in and of itself.

Vladimir Putin and his generals have instigated a “special military operation” against a sovereign nation that has done nothing wrong other than exercise its free will in flirting with the prospect of joining the NATO military alliance or the European Union. That Putin is the worst kind of autocrat and a bad actor on the world stage is similarly clear. Despite his nuclear posturing, nations must continue to retaliate against his regime via sanctions and verbal condemnation to show that this 20th century-style incursion has no place in 2022.

That said, this does not mean that we sweep other things under the rug.

People are being discriminated against both while fleeing from and arriving into nations. This is also a crime.

No, it is not a crime of Putin’s international magnitude, but the scale does not matter when one is discussing human rights. In that case, one violation is far too many.

There have, of course, been troll accounts made on the notorious imageboard website 4chan. These have been made to maliciously parody the Black Lives Matter movement and discredit legitimate calls for racial justice. Still, these poor attempts at subversion and division should not deter us from speaking out against the real acts of discrimination occurring at the Ukrainian border.

Immigrants, whether they are students, doctors, or people simply surviving after escaping their home country’s conflicts, deserve the rights of any “real” Ukrainian.

It is important to remember the fight against Putin is based on the ideals of national sovereignty and basic human rights. These rights do not end where a dictator’s will begins. They are, in short, of tantamount importance.

Important, too, however, are the rights of people of color to exist freely without skin tone or national heritage affecting their ability to live through an already excruciating conflict.

At this time, when the world is largely banning together to condemn one act, it is right that we condemn another. While these stories do not justify Putin’s claim that he is “denazifying” Ukraine — he, like any demagogue, is simply using any phrase that will aid in vilifying his enemy — they should serve as a reminder that the battle against white supremacy is worldwide and seemingly never-ending.

We should look to these stories, both of the invasion itself and the human cost amplified by various intersections of identity, as a stark lesson.

If skin-based discrimination can happen during a national crisis there, there is no reason it wouldn’t happen here.