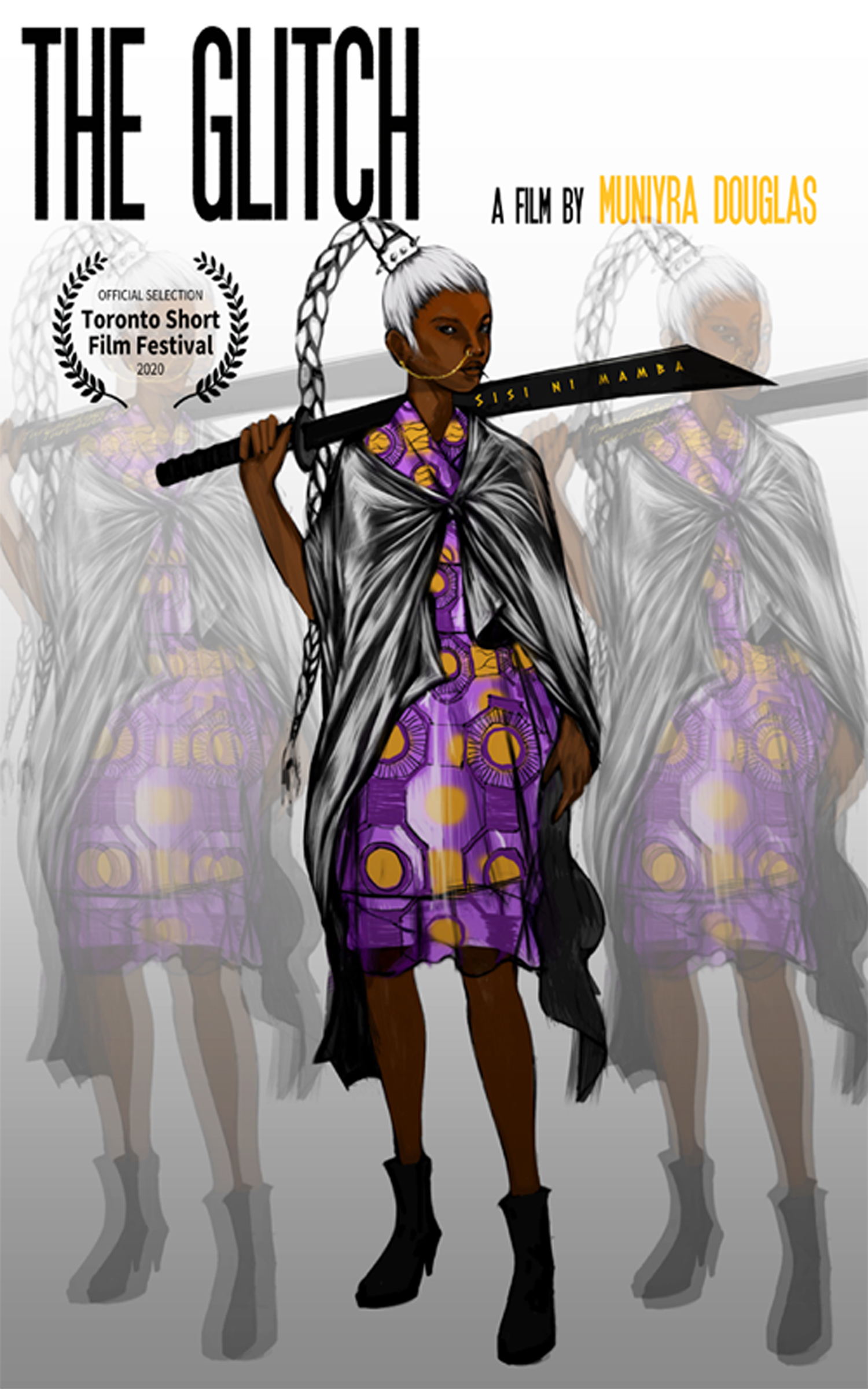 Premiering Wednesday, March 18th in Toronto is the Afrofuturistic film The Glitch.

Directed and produced by Muniyra Douglas, The Glitch tells the story of a young woman who grieves from a traumatic loss, while her mental and emotional afflictions manifest as a physical glitch.

Muniyra Douglas holds a BA in English literature from the University of Toronto. She has previously published and presented on science fiction, Black cosplay, Afropunk culture, and much more.  From Scarborough, she has been storytelling for over a decade, from spoken word to radio news to genre-bending work on post-colonialism, Black identities, womanhood, intersectionality, love and mental wellness.  The Glitch is Muniyra’s first film and adapted from an unpublished, Afrofuturistic novella penned by herself.