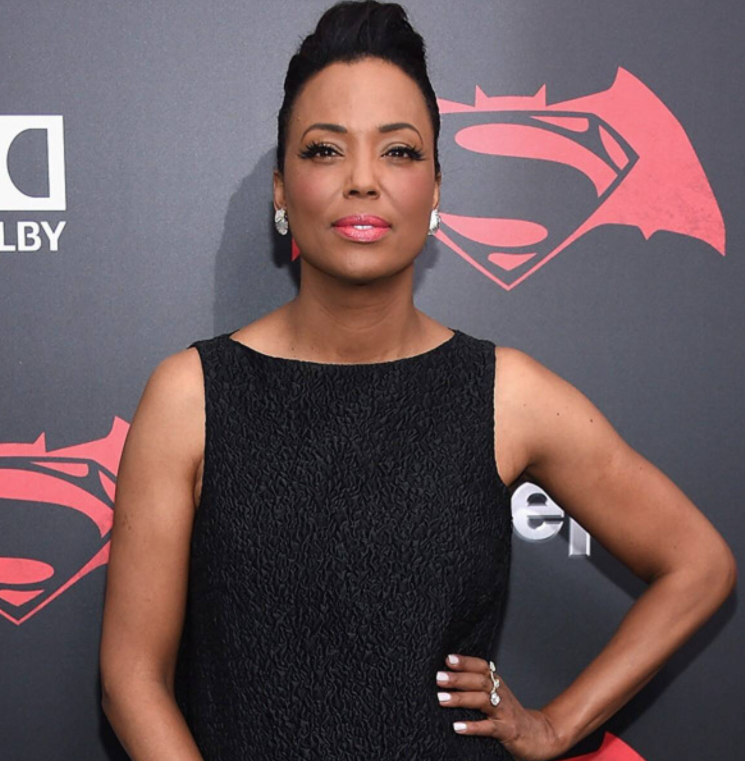 Fear the Walking Dead premiered in 2015 as a spinoff of The Walking Dead and has consistently been one of the most ethnically diverse ensemble casts on cable TV. This year Aisha Tyler joins the hit series.

This Dartmouth grad is a formidable woman. Tyler’s career began in stand-up, then she started acting and became an award-winning talk show host, voice-over artist, writer, director, and producer. Now she’s back in front of the camera on AMC’s Fear the Walking Dead Season 7, playing a Mikey, a survivor of a nuclear strike in the zombie apocalypse. BGN had just 5 minutes to speak on Zoom audio with this busy creative about joining the cast of this popular series.

What is it about Mikey that compelled you to step from behind the camera and take this role?

I was incredibly flattered and thrilled when Andrew and Ian called and said, “We have this role that we’d love you to play.” I was a little overwhelmed with work and was concerned that I wouldn’t be able to give the show the energy and time that it deserved. I love the show so much, and I want to give my all to it. I read this role, and Mickey was such an extraordinary character. The story was so dynamic. I was like, “Listen, I’m going to cancel everything and get down to Austin, but I can play this role for you guys. And I’m so just thrilled and honored that you thought of me.” And you know, she got to do everything. She got to be a badass, she got to fight, she got to ride, she got to be a cowgirl, she got to wrestle. She got to kill walkers, and she also had this incredibly beautiful, emotional, nuanced character. She’s looking for the love of her life. It was exquisite. I was just honestly thrilled that they thought of me.

You’ve been in the industry for a long enough time to have seen this transition. It’s just wonderful that Black actors are getting to play roles like these.

Yeah, I couldn’t agree more. There are just so many more exciting roles out there now and more to come. The storytelling is more nuanced, and there’s more diversity. I always say it’s not just about inclusion for the sake of fairness, [although] I think being fair is very important. It’s about a diversity of stories and perspectives that will yield better and more entertaining experiences. It’s about representing the world as it actually is. Honestly, this is not just me blowing smoke because I love the show. I believe that Fear [the Walking Dead] does an incredible job of inclusion and representation. Actually, across all of The Walking Dead iterations, it’s impressive, and I’m proud of AMC.

I was up for an opportunity to direct Fear and met with Andrew and Ian. I had just directed an episode of Roswell, New Mexico. They called around and talked to people over there and Amblin heard good things about my work and offered me the job. I believe a part of what got me the job, other than the strength of my previous work, was I had a lot of passion for The Walking Dead universe. They knew I was a total superfan and was knowledgeable. I had a breadth of knowledge about the universe generally and about Fear specifically, which helped me get that job.

Directing, and I love acting. To me, acting and directing are both a part of the same thing. It’s really about creation. I want to create projects to make space for other female creators and creators of color who haven’t had an opportunity to express themselves and have a real purchase in the business. I hope to create a wide wake to bring other people in because so many talented artists of diverse backgrounds need to be seen. I’m thrilled to be getting opportunities, and I’m hoping that my opportunities will create opportunities for others.

New episodes of Fear the Walking Dead air Sundays at 9:00 pm EST, fall 2021. You can also binge-watch episodes of the current season via subscription on AMC+.