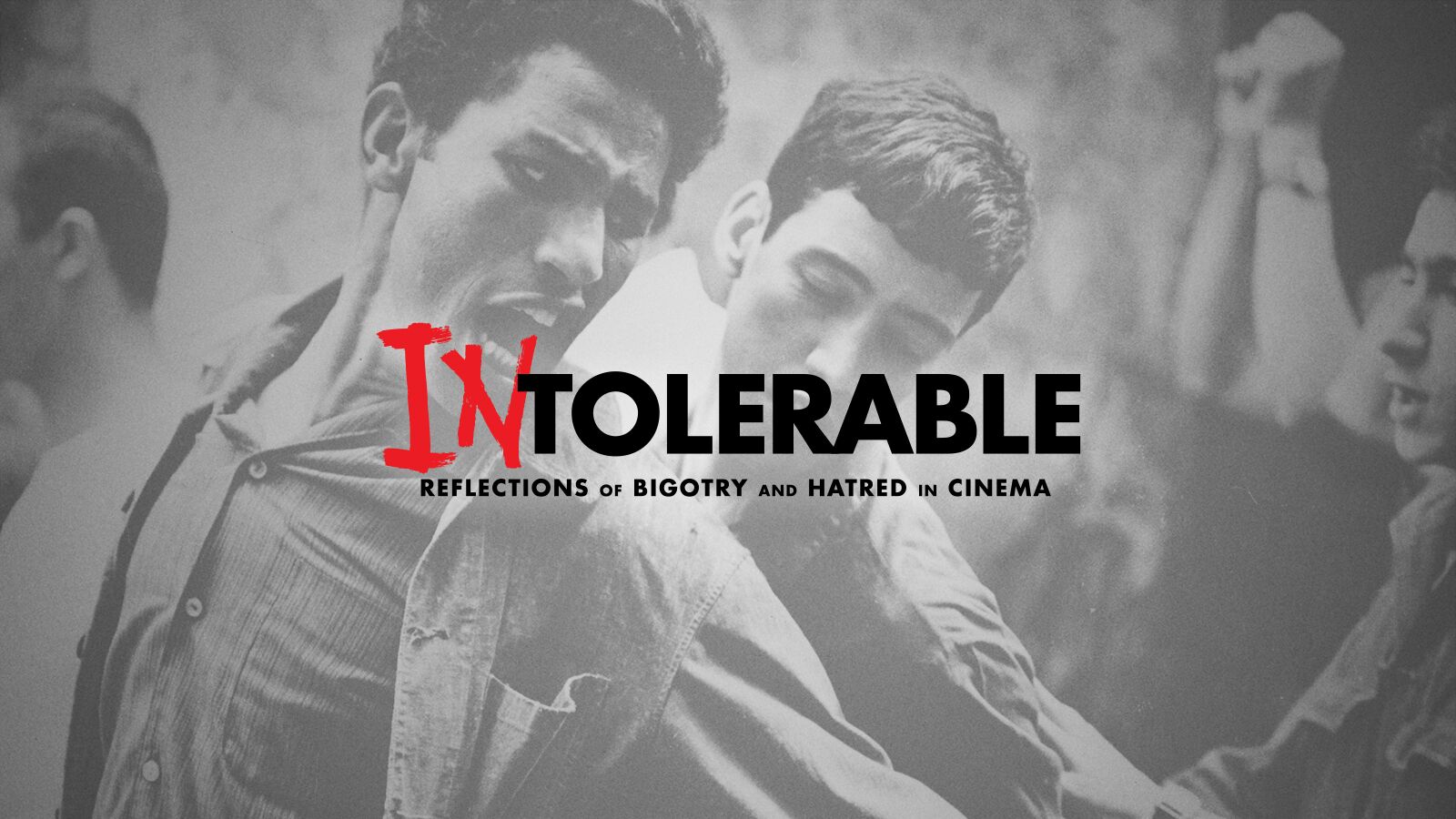 INTOLERABLE: REFLECTIONS OF BIGOTRY AND HATRED IN CINEMA, a ten feature film series that explores the opposing tension of discrimination and resistance through the lens of the world’s greatest filmmakers, with proceeds benefiting the Southern Poverty Law Center. Such a brilliant, yet simple idea and as TIM LEAGUE Alamo Drafthouse’s Co-Founder and CEO said ‘[I] hope this series and these screenings will contribute to positive action that gets us all to a better place.’  Since its inception film has been used to reflect the lens of intolerance and hopefully allow people to fight against bigotry and put aside their own biases.

INTOLERABLE begins in Charlottesville Tuesday, September 5th with CABARET and will expand to many of the 28 other Alamo Drafthouse locations across the country over the following weeks. The series also includes GREEN ROOM, BATTLE OF ALGIERS, 12 ANGRY MEN, IN THE HEAT OF THE NIGHT, HAIRSPRAY, DO THE RIGHT THING, PUTNEY SWOPE, BLAZING SADDLES, and Ava Duvernay’s SELMA.

After select screenings, Alamo Drafthouse will be hosting post-movie discussions, and voter registration will be available on-site. 100% of net ticket sales from all of these screenings will be donated to the Southern Poverty Law Center. In addition to the series in Charlottesville, INTOLERABLE: REFLECTIONS OF BIGOTRY AND HATRED IN CINEMA will also be screening at Alamo Drafthouse Cinemas in Austin, Dallas, Denver, Ashburn, and San Francisco.  For more details on screenings in all cities, a complete schedule and tickets, visit drafthouse.com/intolerable.

My immediate reaction to the violence in Charlottesville was simply one of anger. However, after reflection, I find that response misguided. Yes, violence, hatred, and bigotry should NEVER be tolerated, but reacting with anger does little to heal or repair our broken fabric.

Instead, my thinking shifted to one of sadness for our shattered communities coupled with the understanding that no one is born hating people for the color of their skin or their religious beliefs. I began to think how we can support and protect those marginalized while defusing hate in its earliest stages through understanding and education. Most of all, I asked, “how can we make our communities better for all?”

In response, the programming team at Alamo Drafthouse has curated a series of films that reflect on bigotry and intolerance. In the hands of great filmmakers, these films uniquely address the complex issues we currently face in America and are united in their refusal to accept intolerance. We believe in these films and the messages they convey.

We hope this series and these screenings will contribute to positive action that gets us all to a better place.

‘INTOLERABLE: REFLECTIONS OF BIGOTRY AND HATRED IN CINEMA’ PROGRAMMING

CABARET
Tuesday, September 5th
Willkommen! Bob Fosse’s sizzling adaptation of the Broadway blockbuster brings us inside the seedy Kit Kat Club in 1930s Berlin. Singer Sally Bowles falls for sexually ambiguous Brian as dark Nazi clouds rumble on the horizon. Sexy, kinky and full of classic songs, CABARET welcomes you to a decadent world where no one sees the terrible changes happening all around them… until it’s too late.

GREEN ROOM
Wednesday, September 6th
Nazi punks, f%#* off. In Jeremy Saulnier’s brutal GREEN ROOM a small-time punk band runs afoul of violent skinheads, but these aren’t your stereotypical dumb hicks. They’re smart, cunning and they’re led by none other than Sir Patrick Stewart, giving a chilling performance as a man as full of intelligence as he is hate.

12 ANGRY MEN
Tuesday, September 12th
Finally, jury duty you actually want to do. Sidney Lumet’s debut film is an electric thriller that just happens to be set entirely inside one room. Twelve jurors deliberate over the fate of a young Hispanic man accused of murder; as they argue and fight they raise questions of morality, justice and American values with which we still wrestle today.

SELMA
Wednesday, September 13th
A beautiful achievement, Ava Duvernay’s inspirational SELMA focuses on one seminal march in the original Civil Rights era to show us that a movement is more than just one man. While Dr. Martin Luther King Jr. stands at the center of this story, SELMA focuses as much on the bravery and sacrifice of the people who supported him and stood with him, reminding us the heroes aren’t just the people who get the statues – that every one of us can be a hero.

DO THE RIGHT THING
Tuesday, September 19th
On one hot summer day, on one block in Brooklyn, tensions escalate as the mercury rises. What begins as a normal day in Bed-Stuy ends in a riot, and Spike Lee’s gorgeously shot masterpiece makes us feel the heat and the rage. A clear-eyed, brilliant examination of tensions between races and classes, Lee offers no easy answers and asks us to do the right thing ourselves.

PUTNEY SWOPE
Wednesday, September 20th
Filled with the energy and anger of its late 60s origins, Robert Downey Jr’s satire of advertising and white supremacy is a great big middle finger being held up to America’s faults and foibles. The token black man on an ad firm board of directors accidentally becomes chairman, and he starts making Black Power commercials and fighting the system from within. The system, as you can imagine, doesn’t take it kindly. Funny and wild, PUTNEY SWOPE is a counter-culture classic.

About Alamo Drafthouse
Tim and Karrie League founded Alamo Drafthouse Cinema in 1997 as a single-screen mom and pop repertory theater in Austin.  Twenty years later, the now 29-location chain has been named “the best theater in America” by Entertainment Weekly and “the best theater in the world” by Wired. The Alamo Drafthouse Cinema has built a reputation as a movie lover’s oasis not only by combining food and drink service with the movie-going experience but also introducing unique programming and high-profile, star studded special events. Alamo Drafthouse created Fantastic Fest, a world-renowned film festival dubbed “The Geek Telluride” by Variety. Fantastic Fest showcases eight days of genre cinema from independents, international filmmakers, and major Hollywood studios. The Alamo Drafthouse’s collectible art gallery, Mondo, offers breathtaking, original products featuring designs from world-famous artists based on licenses for popular TV and Movie properties including Star Wars, Star Trek & Universal Monsters. The Alamo Drafthouse Cinema is expanding its brand in new and exciting ways, including partnering with the film distribution company NEON,  Birth.Movies.Death., an entertainment content platform for movie lovers and the American Genre Film Archive, a non-profit film archive dedicated to preserving, restoring and sharing exploitation-era film.