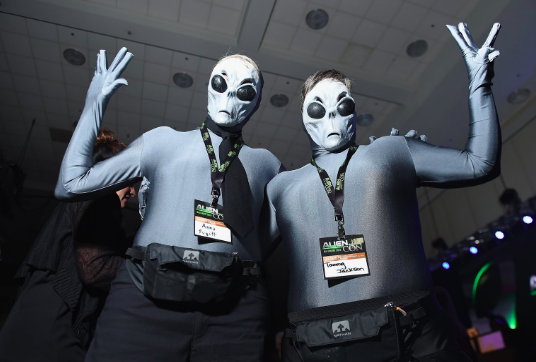 Cue extraterrestrial sound effects, because AlienCon 2018 was everything sci-fi lovers could possibly ask for in a three-day event! From a panel of space odyssey junkies, celebrity appearances, exhibits, an Ancient Aliens costume party, and out-of-this-world merchandise, to the ability to explore the “unexplained,” AlienCon 2018 in Baltimore delivered to novices and fans across the galaxy. The event consisted of a fun-filled weekend with photograph sessions, meet and greets, and words from the experts of the A&E television series Ancient Aliens. The stars answered many of the fans’ burning science fiction questions, and much more. But most importantly, the panelists took it upon themselves to answer the biggest question most sci-fi fanatics and top truth-seekers wanted to address. Is there really is a second life amongst us? 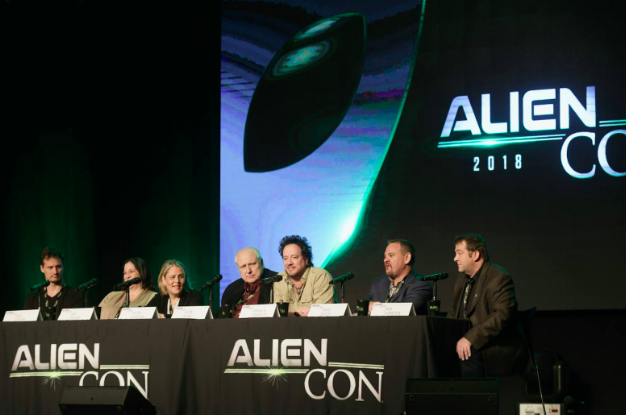 Being the first AlienCon to be held on the East Coast, this pop culture convention had so much to live up to. The A&E show Ancient Aliens star, Giorgio A. Tsoukalos described AlienCon 2018 as an opportunity for “people to meet like-minded people.” AlienCon combined hundreds of people with a passion for outer space, pop culture, myths, and legends, and those who regularly attend events like this to share ideas and expand their knowledge of alien life. For three days, AlienCon attendees followed a strategically designed itinerary guide intended to lead up to celebrity panel sessions. During these sessions, the panelists answered select audience members’ questions. Some of these questions were what sci-fi fans would consider, “life’s deepest questions.” 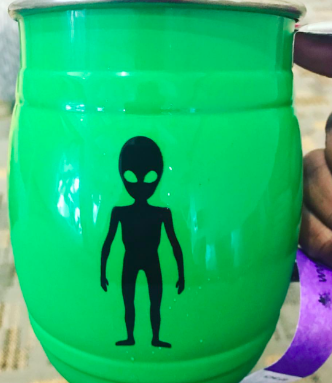 Curious to know what the panel of ancient astronaut theorists, archeologists, scientists, and religious scholars thought about extraterrestrials and life after death? Well for starters, Rabbi Ariel Bar Tzadok was very open to the idea of alien theories and gave his opinion about life outside of Earth existing. “It was very well documented outside of ancient Jewish literature that the concepts of ancient technology are very well known,” Tzadok said. When it came to life after death, Tsoukalos was open to the idea of reincarnation. “Personally I am convinced that reincarnation exists, but today, what I think is interesting and a little bit limited is that reincarnation seems to be taught that it only happens on Earth, I am suggesting that it happens throughout the entire universe. That is how we have these deja vu moments or we feel at home at certain places where we’ve never been. So it may be that we were here at ancient times or we were here two lifetimes ago. We are energy, our souls are energy, we are light beings in the end. After we die, I don’t think that it’s just pulling a plug and that’s the end, it goes on. Our consciousness has always been around and it’ll forever be there, it cannot be destroyed. This is why when we meet someone or see something, it’s like how do I feel so familiar with this, Tsoukalos explained.” Makes sense, right?

AlienCon Day 2 Highlights: On the second day of the convention, attendees began their day with another Marketplace Open where vendors, artists, and craftspeople had apparel on display for attendees. In addition to space-themed merchandise set on display, stars like A&E’s Ancient Aliens Giorgio A. Tsoukalos, American author David H. Childress, and New York Times bestselling author Mike Bara, offered several autograph sessions for fans throughout the day.

The night ended off with the first ever AlienCon Party and Costume Contest. There, attendees were encouraged to strut their stuff in their favorite costumes for an out of this world experience.

AlienCon Day 3 Highlights: The final day of the convention gave sci-fi fans the opportunity to get last minute autographs or pose for photograph sessions with their favorite science fiction experts. Multiple space-themed lectures took place throughout the day, allowing scholars and theorists to review and exchange ideas about controversial philosophies such as the Ancient Astronaut Theory and the ability to communicate with otherworldly entities. The Ancient Astronaut Theory, which was a major topic up for debate each day at the convention, is the belief that extraterrestrials had visited Earth and made contact with humans during prehistoric times. Erich von Däniken, author of the book Chariots of the Gods, who also made an appearance at AlienCon, is a strong supporter of this theory.

AlienCon 2018 was more than just a pop culture entertainment convention, but a learning experience for many. The event allowed attendees to view life from another dimension, think outside the box, and venture into the “unexplained.” Is there really another life amongst us? Many of the panelists at AlienCon 2018 agree that there really is life out there in space. Like experts in any scientific field, the experts at AlienCon backed up their theories with solid evidence and viewed their information from both sides of the spectrum. Despite the limited research in extraterrestrials, perhaps only time will tell whether there really is life in space.