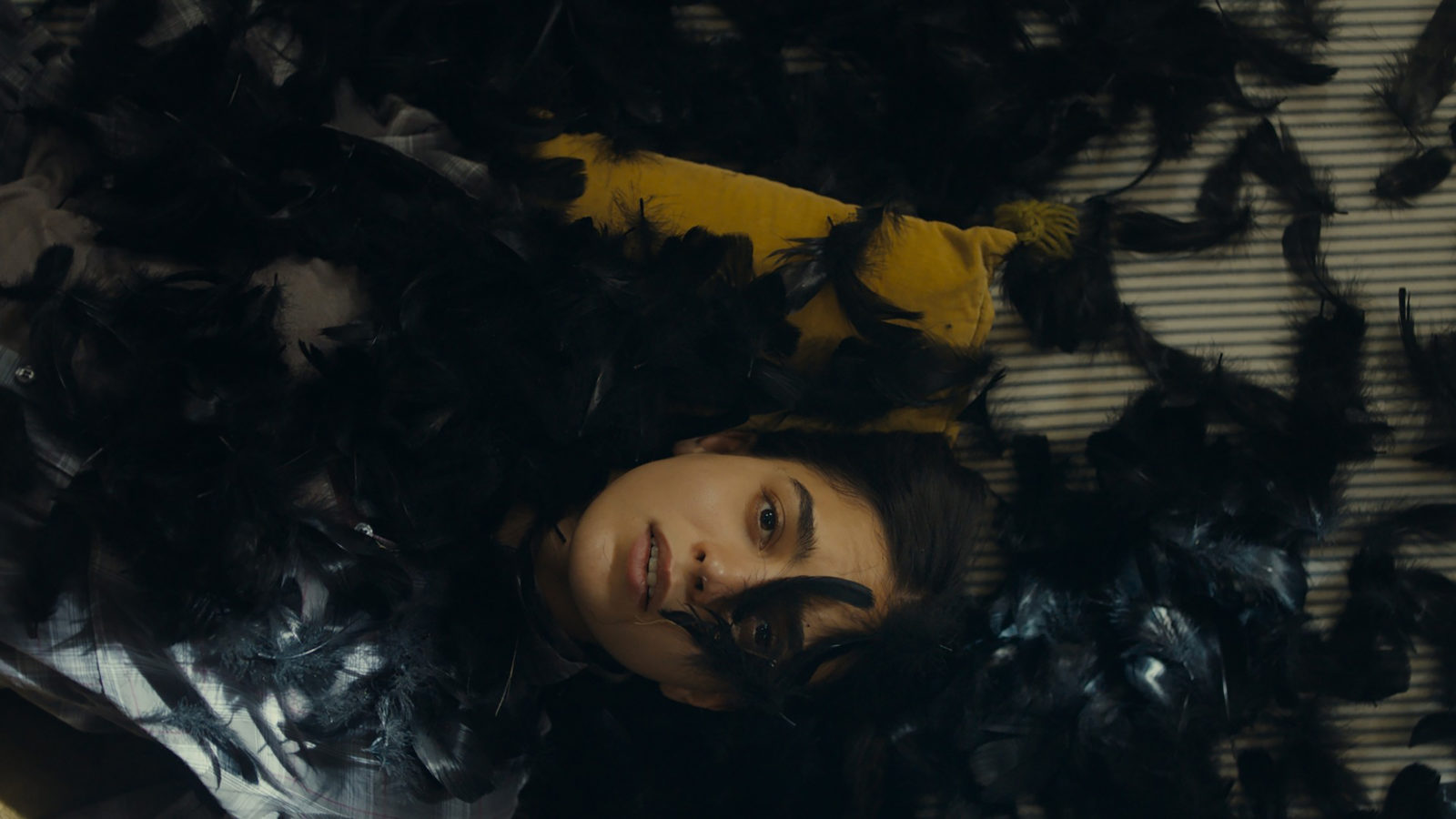 All the World Is Sleeping is nothing short of heart-wrenching. When Chama (Melissa Barrera, known for In the Heights and Vida) was a young girl in New Mexico, she hoped that she would be different from her mother, who wrestled with a drug addiction. As she grew older, she had everything she ever wanted — a loving husband, a beautiful home, a new baby — what more could she ask for?

Her dreams are quickly challenged by the social, cultural, and economic pressures placed on her by society. Can Chama, a Chicana in New Mexico who finds herself sinking deeper in her addiction, find a way to get her life back on track? Her resolve is strengthened by the love she has for her daughter, so now she must find a way to separate herself from her family history of drug abuse.

The film opens by giving credit to the seven women who made this project a reality. Inspired by the true stories of Carly Hicks, Patricia Marez, Jade Sanchez, Myra Salazar, Kayleigh Smith, Malissa Trujillo, and Doralee Urban, without whom this film would not be possible, it blends together all these narratives. Barrera and Jackie Cruz (Orange Is the New Black) spent time with these women to ensure the stories they portrayed reflected the survivors’ points of view. The movie reflects a chaotic viewpoint of an ever-growing drug epidemic. This viewing experience is enhanced by the nonlinear form and the narration in which the story is told. These choices are deliberate in allowing the audience to see how these women’s lives felt on a daily basis.

All the World Is Sleeping manages to capture and humanize the struggle of seven mothers who all battle with substance abuse in a single narrative. In a powerful retelling, director/writer Ryan Lacen (The Dust Storm, The Dying Kind) crafts this narrative by blending each storyline in a way that makes the viewer feel invested in and more empathetic toward the women who fight for their lives. The director joins forces with reproductive justice-based nonprofit, Bold Futures NM, to explore the intersectionality of trauma, substance abuse, and motherhood in New Mexico. Lacen, along with his team, producers Sonja Mereu and Anthony Baldino, and executive producers Charlene Bencomo and Micaela Lara Cadena, have created a film that just can’t be missed.

Lacen is not the kind of director who is interested in the next big thing. He is one of those directors who speak the truth to a society that needs to hear it. All of these women have a personal and unique story to tell, and each story finds a different way to break one’s heart.

The opening scene begins with Chama laying on the bed, smoking, while her little girl plays in the living room with a stuffed teddy bear. The scene shifts to Chama narrating the film on how disconnected she feels to reality. She’s found herself falling into a similar cycle of generational addiction, one her mother faced. As Chama tries to keep it all together, an accidental drug overdose spirals her out of control, which results in her losing custody of her daughter. Chama is faced with a decision: she can either give in to her fears and drugs, or she can fight for her daughter. The fight ultimately leads her to a local recovery center for women, where she is forced to face the decisions of her past and to see if she is strong enough to have a future.

While All the World Is Sleeping illuminates drug abuse in this country, it is not a new topic for cinematic exploration. However, unlike other films, All the World exposes the lack of resources that are needed by single mothers trapped in this cycle. This film highlights the relationship between mother and daughter. The way the film handles the sensitive topic of drug abuse in the Latino community — one that is rarely highlighted in film — is outstanding. The film deftly explains how and why so many people from the Latino community find solace in escaping the reality of life’s troubles.

The heart of the film unwraps a troubled woman’s past and the consequences of drug use. This is supplemented with the additional story of sisterhood. The main character’s friend Toaster (Jackie Cruz) who comes from a more affluent family, experiences the same struggles as Chama. That’s what makes this film so beautiful. It is not afraid to showcase how drug abuse can affect anyone despite social class. When Toaster comes and helps Chama plan her daughter’s birthday party, they have a deep discussion about their dreams. This is the point of the film where Chama envies Toaster for being a dreamer, something she wishes she was. Ultimately, both of these women suffer together, but their outcomes couldn’t be further apart.

All the World Is Sleeping has a metaphorical meaning behind it. Are we asleep to the problems that many people face? Maybe if we see how these women fight so hard to get their lives back, it will help many see the people who need help in our own world. This uplifting and shocking film makes it clear that many are sleeping when others are suffering. When will society wake from this?

All the World is Sleeping is on the film festival circuit, it just world premiered.