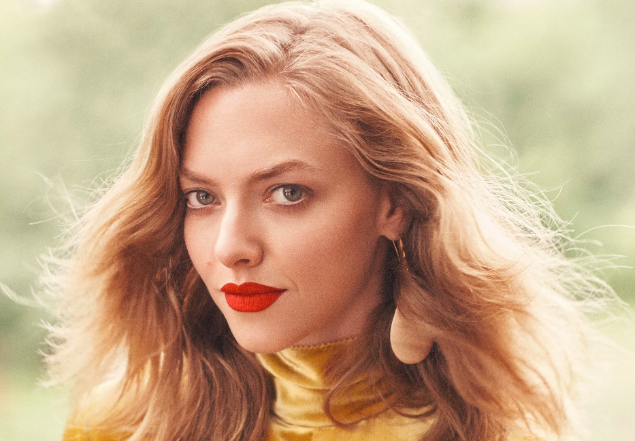 At 35 years old, Amanda Seyfried already has had an impressive body of work in Hollywood. The trajectory of her career has moved on an upward incline and has not lost its momentum since her breakout role as Karen in Mean Girls. She’s appeared in dozens of films since, including 2011’s Red Riding Hood along with co-star Gary Oldman.

The two thespians reunite in the David Fincher flick Mank, currently streaming on Netflix. The move tells the real-life story of Hollywood screenwriter Herman J. Mankiewicz. Most known for his work on the screenplay Citizen Kane, the film captures his race to finish the script during a period of his life when he suffered through a bout of alcoholism. Mankiewicz, who prefers to be referred to as Mank, is played by Gary Oldman, who delivers an incredible performance as the scathing social critic.

BGN had the opportunity to speak with Amanda Seyfried on a Zoom call to discuss her role in the motion picture, how politics shapes our minds, working with her scene partner Gary Oldman, and what surprised her the most when she collaborated with David Fincher.

I noticed a cadence with the dialogue. There’s this rhythm that permeates the film, obviously an homage to the film noir era. Can you tell me more about how you explored that cadence when preparing for this role?

I have to tell you I did not explore that cadence. Okay, this is the thing. When I found out about Fincher considering me for the role, I thought, “How do I get that affectation?” That cadence that you’re talking about. “I’m too modern. How am I going to fit into a 1930s Hollywood? How am I going to do it justice? How am I going to fit in?” There was so much insecurity surrounding it. And then when I got into the rehearsal process with Fincher and the rest of the actors, we talked more about the story and how I would have a slight Brooklyn accent. It was mostly just story driven. We changed some lines and worked on the dialogue. At the end of the day, I never was conscious of a particular cadence.

It’s so funny because so many people have said, “The cadence is so of the time,” and I’m like, “Oh my god, is it?” Because I can’t tell. I was afraid I was too modern, but people seem to think that there’s a vibe and a tone and a rhythm. I’m just so glad to hear that because at the end of the day I can’t keep that much stuff in my head. I’m going from moment to moment. That’s how Fincher directs, and you have a lot of time to get those moments. In short, very nice to hear that.

It’s always so fascinating to me how there’s this relationship between politics and Hollywood that still resonates today. We see that play out in Mank. Why do you think American politics play such a huge role in Hollywood?

Because the entertainment industry, especially in that glamorous time period, was a source of entertainment for people to escape. That was very influential in changing people’s minds, and it still is. But I think people are a lot more responsible these days. I think when Jack Fincher wrote, it was to remind us how politics is very cyclical. Even though he wrote it in the ’90s, he would have never known what we would have been going through at this point. But you can bet on the fact that humans don’t evolve that much in a lot of ways, especially when it comes to politics, which is why people are so averse to politics because it’s just nasty. It can be so nasty and it can undermine humanity, undermine what people really need, to keep people in power. You know that’s always going to be the case. We’re always going to have to fight against that to keep a democracy, which we almost lost. I think we, in the end, the entertainment industry, unfortunately, has great influence. You’ve got to be responsible with it.

This movie, with the actors, costumes, art direction, and under the direction of David Fincher, was probably a rewarding experience for you. Were there any moments while filming Mank that resonate with you the most?

What I gotta say is off screen when we all get together, sitting in our chairs between takes, I was kind of blown away by the fact that we all are on the same page. We’re all collaborating to make something, and there was no hierarchy. David creates a really calm set with people with a lot of respect. There’s a respect that’s going both ways. He respects actors, so much more than I ever thought. I didn’t have many expectations, but I was still surprised by that. Everybody really just wanted to be there and knew he was making something great. When you have everybody on the same page trusting the director just as much and working as hard as everybody else, it just feels like an equalizer. It feels like you’re a team going through something. It makes the movie better. I think it was a one-of-a-kind experience, and everybody knew it. It didn’t matter if you were Charles Dance or Gary Oldman or me.

Speaking of Gary Oldman, you had some amazing moments working with him. Did you spend a lot of time with him off set to build that chemistry or did it just organically manifest on camera?

Gary is one of the easiest people to be around ever as an actor and as a human being. He’s just super calm. He knows his lines. He loves what he does. We worked together a while ago. And our rapport was just effortless and very much like Marion [Davies] and Mank, so I’m gonna have to give credit to the fact that there was already a spark and we were building on that. The relationship and the script was all there. Even if I hadn’t been friends with Gary before this, it still would have come across because he’s so warm. You meet Gary and you’re like, “This guy’s great.” He’s so easygoing, and you can talk to him about anything. Because of that fact that we were friends beforehand, it just elevated even more.

Mank is currently streaming on Netflix.