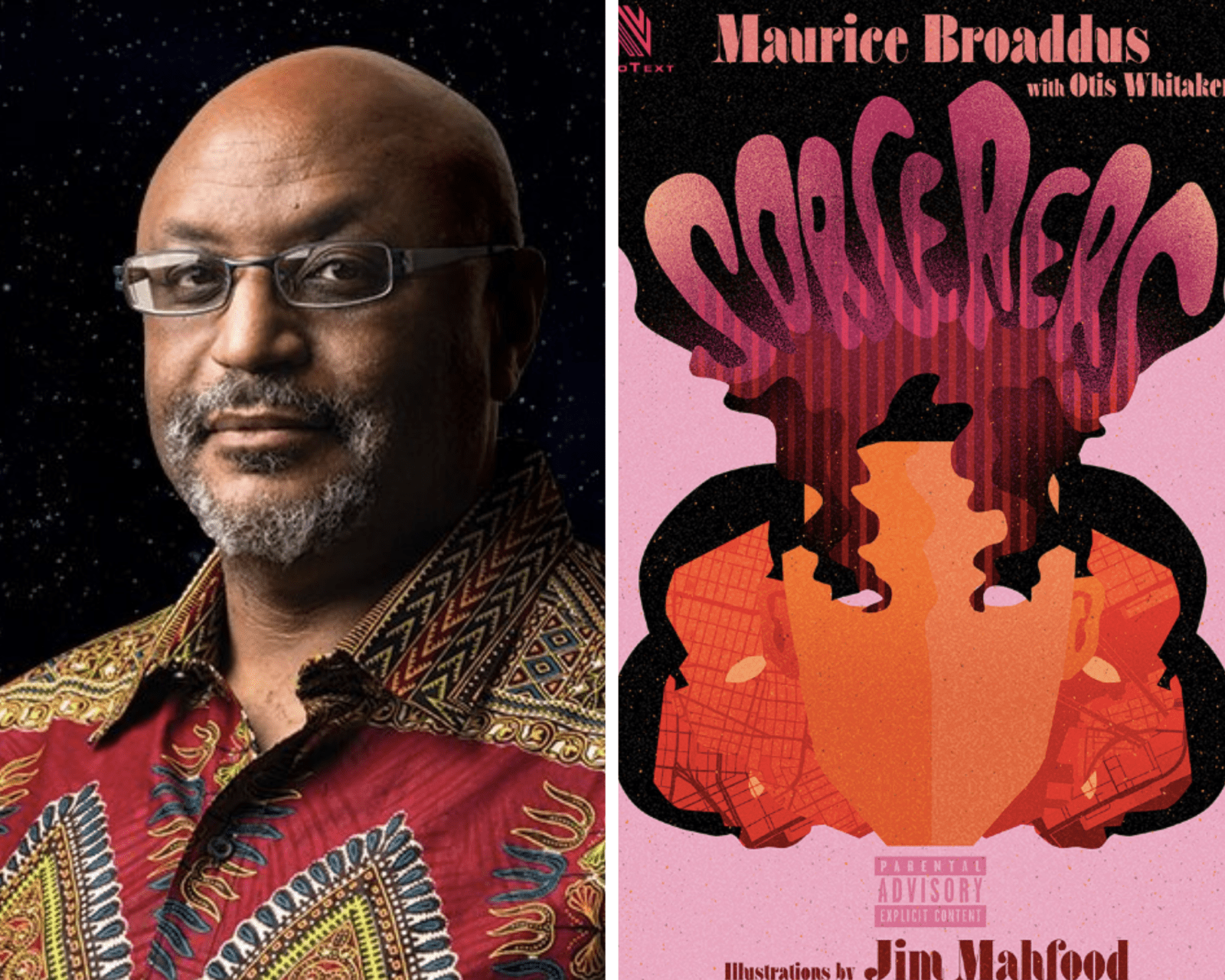 AMC has optioned Sorcerers, a novella by co-writers Maurice Broaddus and Otis Whitaker, featuring illustrations by internationally renowned artist Jim Mahfood. Sorcerers is a psychedelic urban fantasy about a 30-year-old man from Harlem who comes into his own as a hip-hop inspired sorcerer. The recently released novella is the debut release from NeoText, a new digital publishing company dedicated to publishing short-form prose ranging from science fiction and noir novellas to investigative journalism and narrative nonfiction. NeoText execs John Schoenfelder, Russell Ackerman, and Jay Schuminsky will serve as executive producers on the Sorcerers series, and Nick Mennuti and Eric Raab will be co-executive producers.

Sorcerers tells the story of Malik Hutchins, who at thirty years old is the black sheep of one of the most successful families in Harlem. Malik couch-surfs with relatives, parties with his girlfriend, and ghostwrites rhymes for local rappers for a few bucks to finance his lifestyle—but when cocky Malik sells two warring rappers the same verse, he paints a target on his own back. Then on his beloved grandfather’s deathbed, Pop-Pop reveals that Malik is a sorcerer, in the great tradition of African sorcery born on the plains of the rift valley before the beginning of time. Malik is thrown headlong into a quest that winds through the streets of Harlem, to the rural South, and places much farther beyond, places he’s only visited in dreams… Now it’s Malik’s turn to step up and take his place as wielder and guardian of an ancient magic passed down through generations in order to protect the family, the people of Harlem, and the world from the forces of dark magic connected to the worst aspects of American history and the fearful creatures it has unleashed.

ALSO READ
‘The Walking Dead’ Will End Poorly, Even If the Finale Is Good

“NeoText marks a different way of creating stories, with a lead writer in collaboration with an in-house writers room, translating ideas into action-packed storytelling,” said Maurice Broaddus. “I’m thrilled to see Sorcerers transform from the novella to a TV show.” Sorcerers was released digitally by NeoText on August 4th. Broaddus’ most recent print publication, the acclaimed YA novel The Usual Suspects, will be released in paperback on August 11th.

“Artist Ben Marra introduced me online to the folks at NeoText, and when they sent the script for Sorcerers, it really clicked with me,” said Jim Mahfood, who provides both a cover and 14 spot full-color illustrations for the Sorcerers novella. The first issue of Mahfood’s new self-published, oversized-art-magazine-comic-book One Dangerous Donut is available at his website.