This week, the “Coming to America” story of Essie Tregowan intertwined with the saga of Laura Moon as the AG showrunners tried to build a little more depth into the character of Laura. I get it. She struggling. I see it. The use of this storytelling did evoke a little sympathy in me for Essie (I still hate Laura Moon). However, I had to stop myself short. It was a trap. AG don’t play with our sympathies for entertainment. There is a lesson here. That lesson is about privilege.

Mr. Ibis weaves this tale about a woman who seduces her way out of jail and forced servitude in the form of transportation. He explains to us that transportation, a sentence often applied in criminal cases, was when criminals were shipped to the new colonies as labor. They worked off their sentences and then were free to go. AG even illustrates, showing a white man putting down his tool and WALKING OFF THE PLANTATION. We all know how this went down for black people.

In fact, AG showed us. The fate of the black man in America was encapsulated in the lyric stylings of Mr. Nancy. “You arrive in America, “Land of Opportunity,” “Land of Milk and Honey,” and what? You all get to be slaves. Split up, sold off, and worked to death.” Doesn’t sound like the indenture, does it? If a black man decided that he had been employed long enough and just walked off the plantation, he would be hunted like a dog, beaten, maimed, and brought back to work the next day. 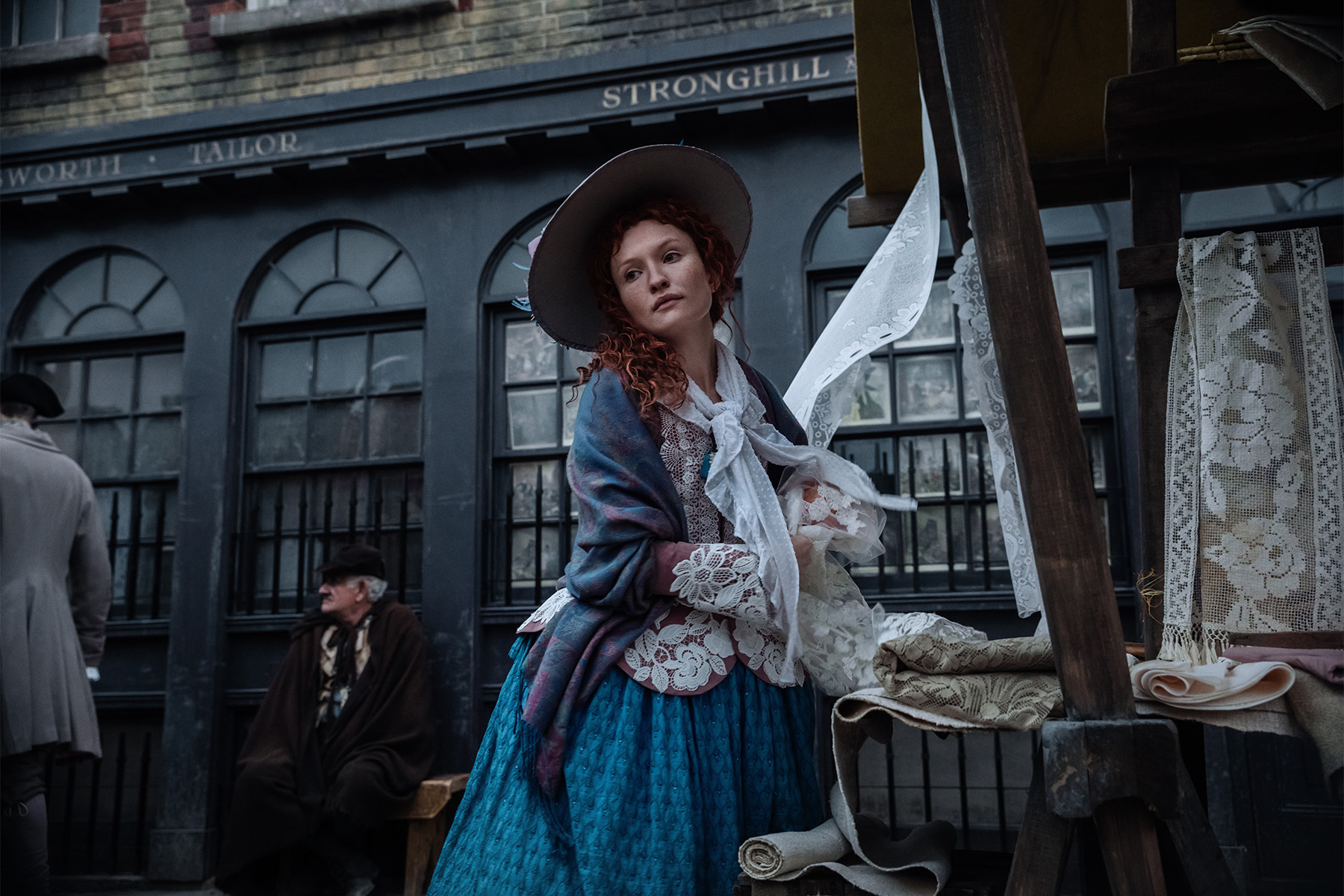 But let us get back to poor Essie.

Sentenced to transportation once, she gets out of it by seducing the captain and becoming his wife. She is then returned to England–to the damn captain’s house—where she steals all his shit and goes off to live the life of a thief.

Meanwhile, back the BET version of “transportation” that we know as slavery, the women who are found attractive by the captain or his crew or the dude in the kitchen washing dishes, is forced to give up her body. She is RAPED and repeatedly. No one puts a ring on it when they get to shore. No one brings her home and offers his wealth to her. They throw her used body back down in the hold until the next one wants his turn. Don’t believe me about all of this? Educate yourselves “the middle passage.”

So, Miss Essie lives white, wild, and free until she runs into trouble. In the book, she tries to seduce a man to pickpocket him, only to realize that the man is the first employer she stole from years ago. In the show, however, Essie gets caught stealing lace. She is sent to jail, where the warden helps her into another transportation gig by “pleading her belly.” She spread her legs again to get out of trouble. 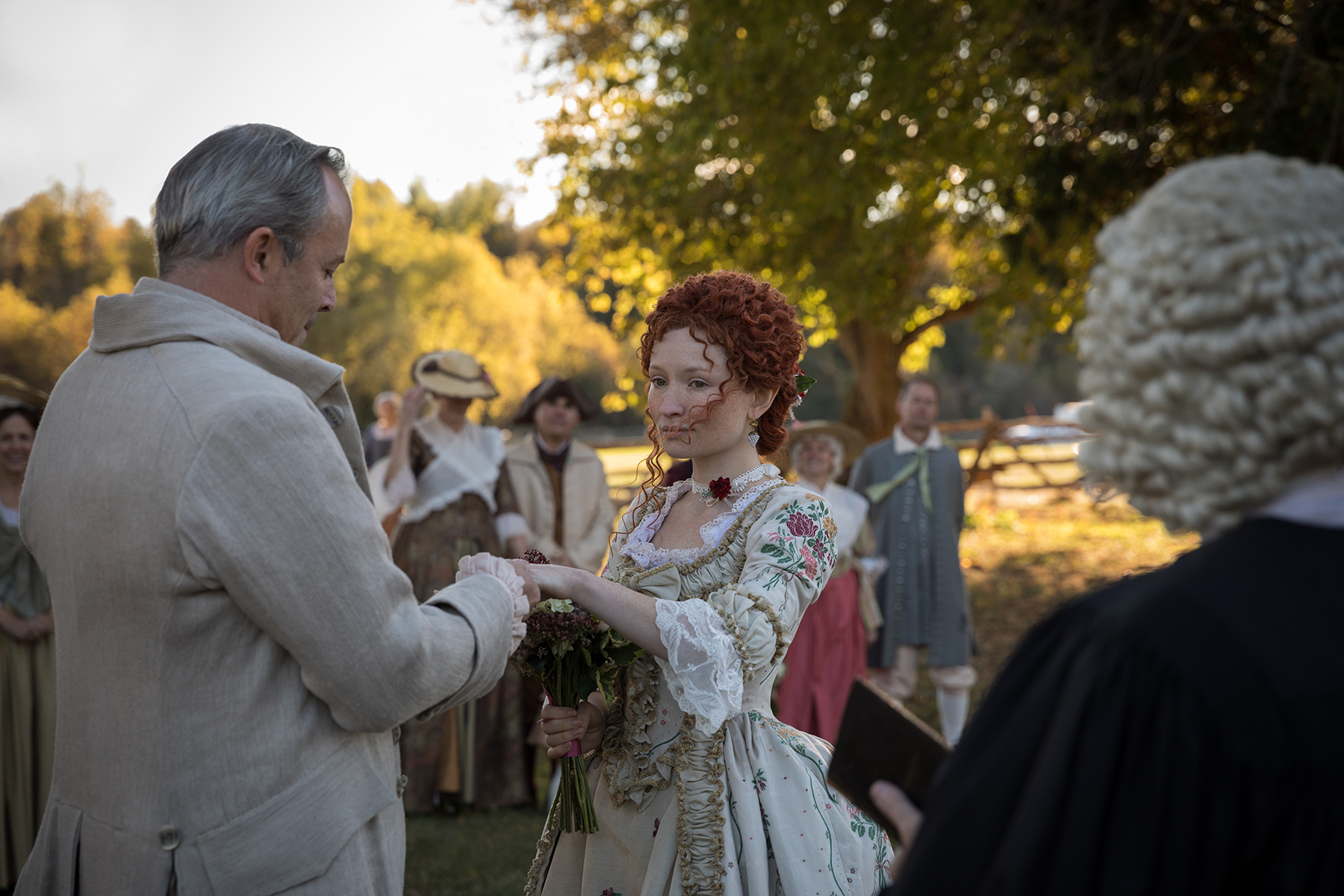 We next see Essie on a ship bound for America. She is in a bunk; it’s cramped, Mr. Ibis narrates how sick she is. Poor thing. Let’s compare her to the slaves in the hold of the ship Mr. Nancy preached on. No one has room to move, much less lay down. Anyone laying down, well, there was no way they were getting up until the crew came to rotate everyone. I say “everyone” because if you look closely at the slave men talking to Mr. Nancy, they are in shackles, from neck to foot. A man can’t even cross his legs without cooperation from the dude 10 bodies down! But, poor Essie, right?

FYI, pregnant women on slave ships were shackled too. Just in a different part of the boat.

So Essie has her baby on the ship and gets off. She becomes a wet nurse to a tobacco farming family. No, she is nothing like a “mammy”. Essie is a servant of the family, yes, but she is not subjected to the beatings and maltreatment that the black slaves in her position underwent. In fact, when the master takes a liking to Essie, she can rebuff his advances in a way that makes him propose. Then, he doesn’t touch her “virtue” until the wedding night. Slave women were raped the second the master took a shine to her. She never ended up with a ring and half his wealth. No. She may even bear his baby like Essie did, but even those babies of the black woman weren’t free from a life of slavery. Sometimes the master even sold off the light-skinned progeny, so the mother never got to see her children grow up.

This, my friends, is what privilege is all about. The place of birth and skin color are what makes these two stories so very different. There must have been more than one resourceful African woman who tried to gain her freedom by plying her “feminine wiles,” but the results were far from favorable. And, “pleading your belly” while black did not exempt from the shackle, the rape, or the violence.

Essie’s story, while heart-wrenching on its own merit, reminds us that privilege is as long as time. Black women in the same situation always came out worse, but no one mentions this when the Essies of the world are telling their sob stories. No. We concentrate on the white girl tears and forget the women of color who are really going through it out there at the exact same moment.

These parallels are important, and I think the AG showrunners agree. Just look at the music they chose as a soundtrack to Essie’s struggles. “Come on Get Happy” by the Partridge Family, circa 1972. The lite, uplifting melody is in stark comparison to the story being told. It’s as if the show is saying, “This looks a lot worse than it really is.” When we go back to the slave ship Mr. Nancy destroyed, we see that things could have been a hell of a lot worse:

Essie could have been a black woman.