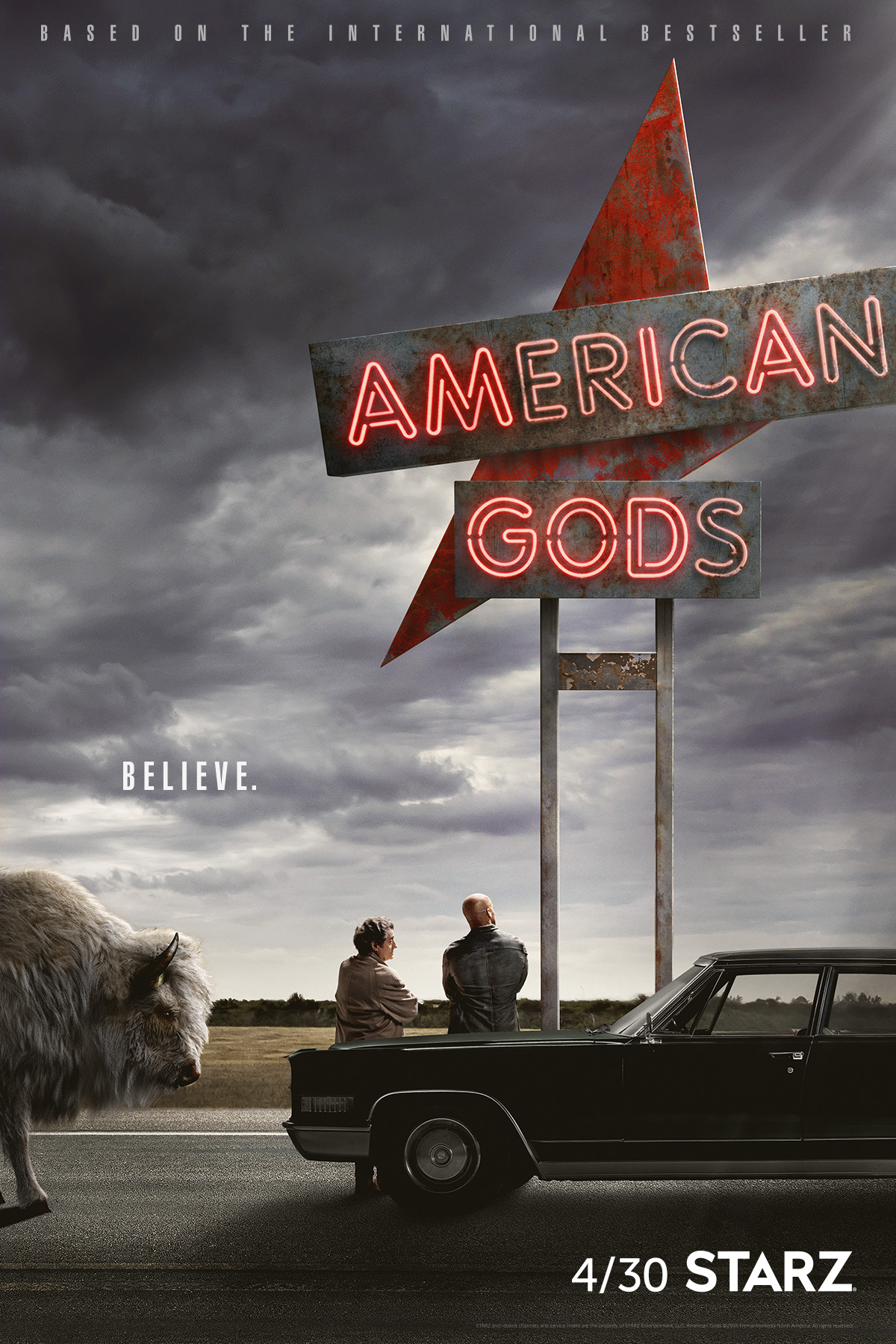 On Thursday night, the Cinerama Dome of the Arclight Hollywood was packed with an audience waiting with bated breath for the premiere episode of American Gods.  The atmosphere was electric with a level of anticipation that seemed atypical to the usual “been there, seen that” attitude that is more characteristic of a Hollywood audience.  “Petty,” it seems, was checked at the door. 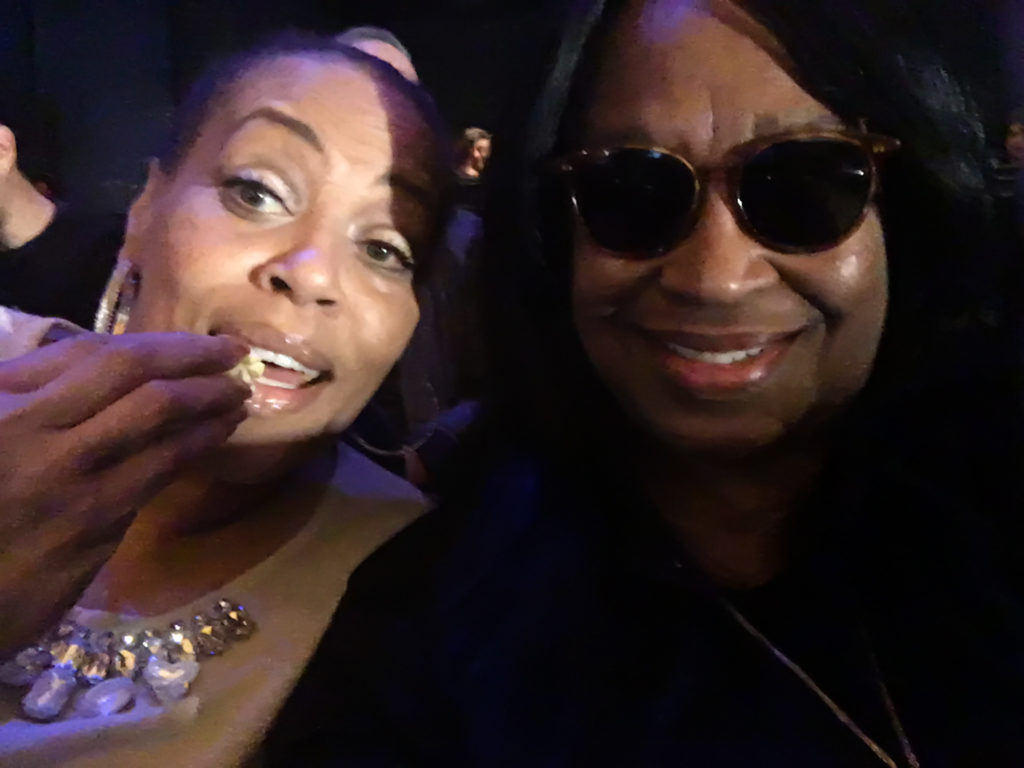 Fans of the Neil Gaiman novel of the same name, of Gaiman himself, of producer Bryan Fuller (Star Trek: Voyager, Hannibal), and/or of one of the show’s stars snapped selfies, munched popcorn, and craned their necks to catch a glimpse of their favorite idol as they entered the theater.  “Bob Dylan sang about a hard rain that was going to fall”, to quote the novel, as stars Ricky Whittle (Shadow), Kristin Chenoweth (Easter), Pablo Schreiber (Mad Sweeney), Ian McShane (Mr. Wednesday), Orlando Jones (Mr. Nancy), Cloris Leachman (Zorya Vechernyaya), and Yetide Badaki (Bilquis), to name a just a few, filed in and took their seats.  With the title “American Gods” emblazoned on the screen in its now-signature flickering-neon-marquee-on-the-verge-of-failing style, you couldn’t help but feel something fascinating was about to happen.

Gaiman introduced the screening with the usual how-this-all-came-to-be story then thanked the cast and crew finally wrapping up with a cryptic, “Sorry about all the blood.”

We won’t elaborate on that or anything else regarding the episode.  We’ll just leave the reviewers to fill you in.  But we will say that if the rest of the episodes are anything like the first, we want to see all the episodes on a big screen because the story filled every inch of it.  No one in the audience seemed ready to leave, we all just wanted more.

As for the reception that followed, Bacchanalian (of course) might be the best descriptor of the ambiance at Hollywood’s trendy Pan-Asian eatery/club, Tao.  The venue’s large Buddha centerpiece was perfectly in tune with the overall theme of the night and the occasional neon “OMG” (Oh My Gods) glowing in the semi-darkness gave a kind of Vegas-y feel to the affair (Old Vegas, that is. More decadent than the somewhat Disney-fied New Vegas.). 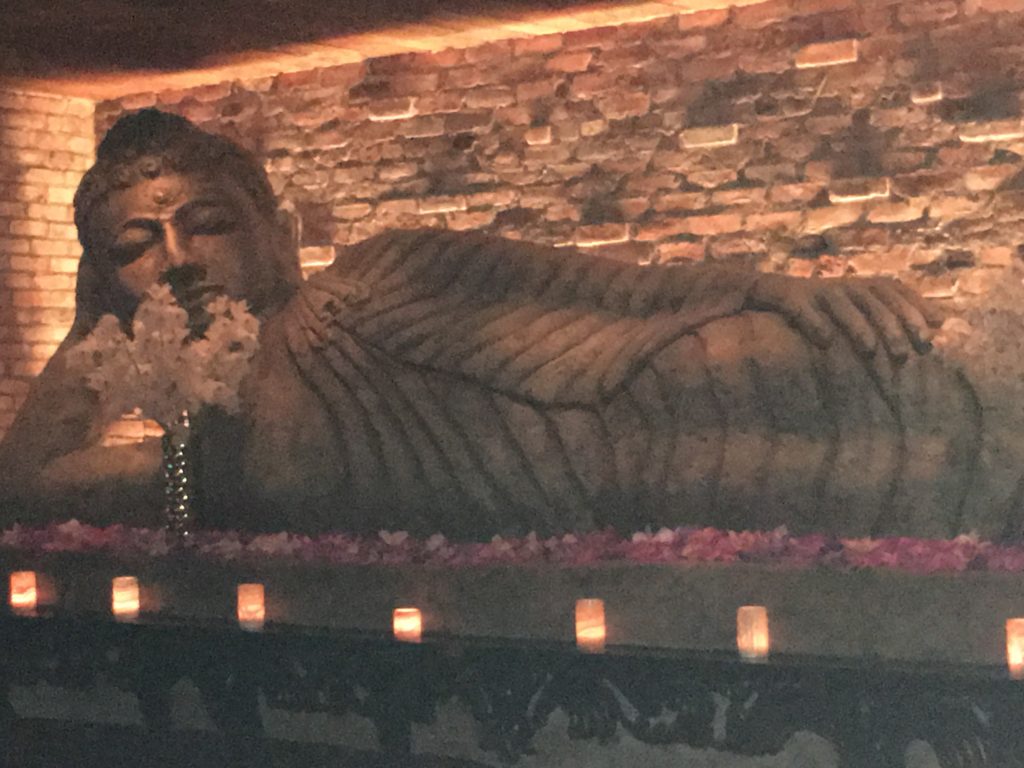 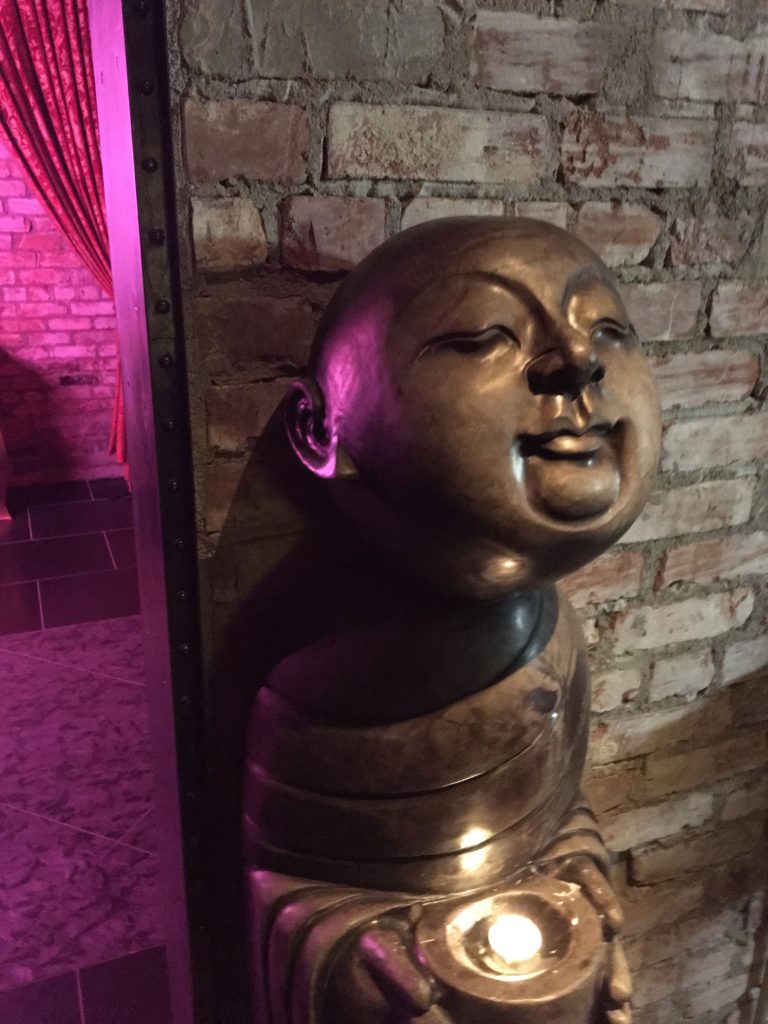 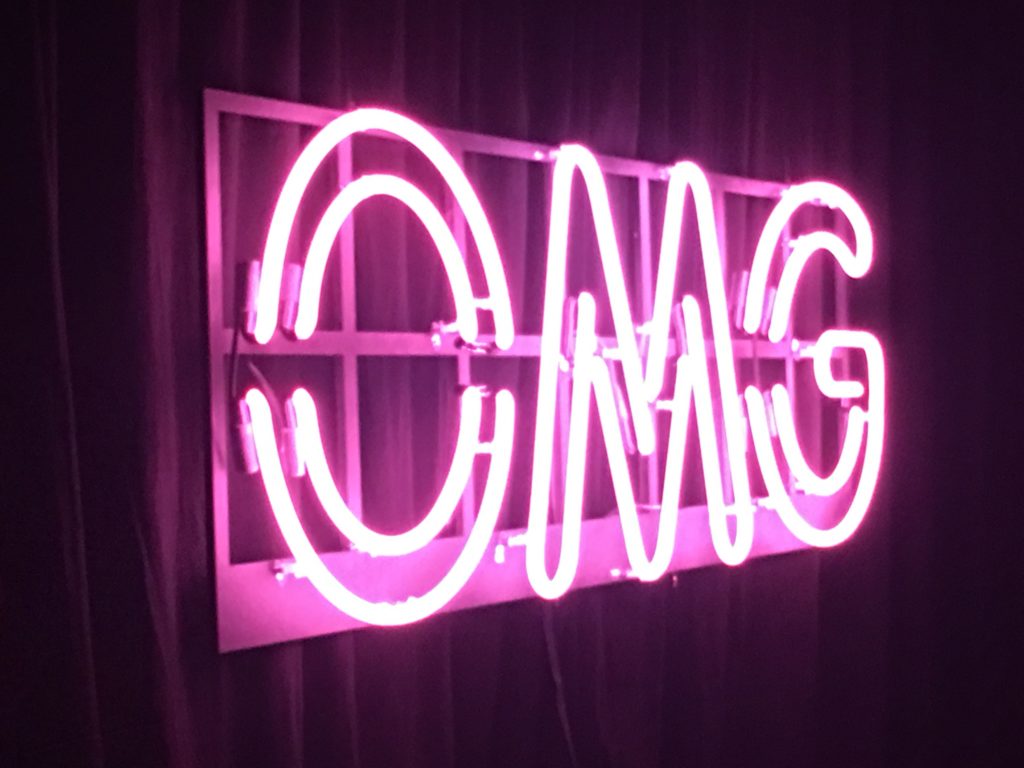 Of course, the night would not have been complete without themed drinks (Nectar of the Gods, The White Buffalo, etc.), an assortment of heavenly Asian-fusion hors d’oeuvres, and a photo booth with a celestial background which, we must admit, had THE BEST beauty filter we’ve eve4come across.  We want it.  No really, we do. 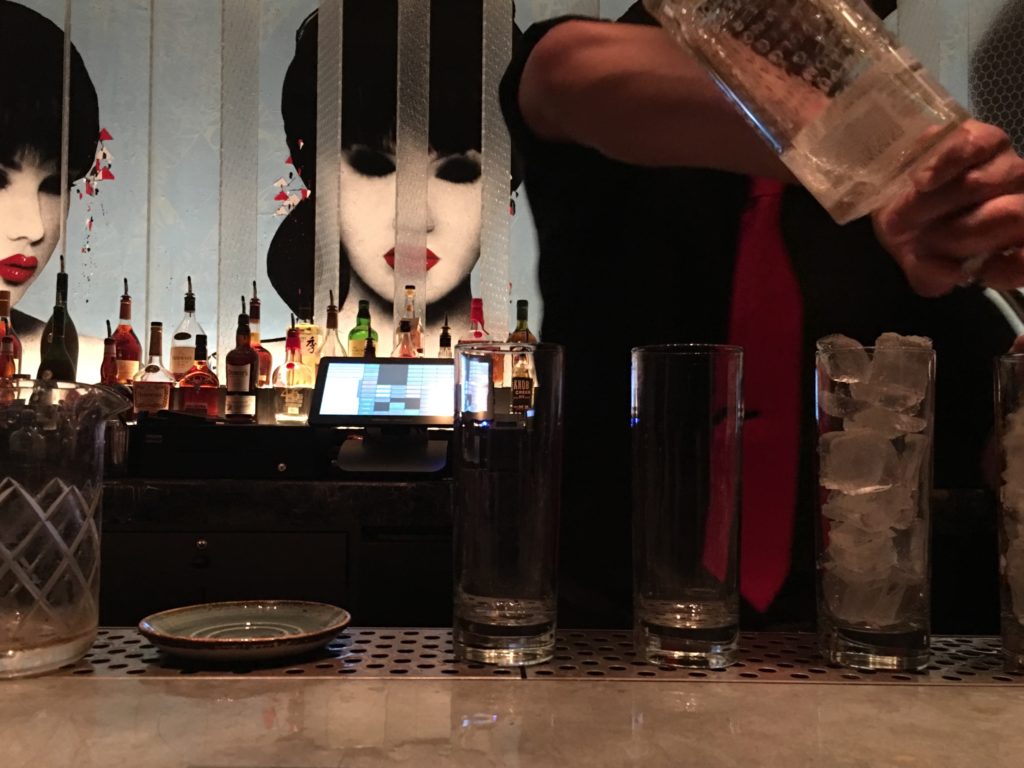 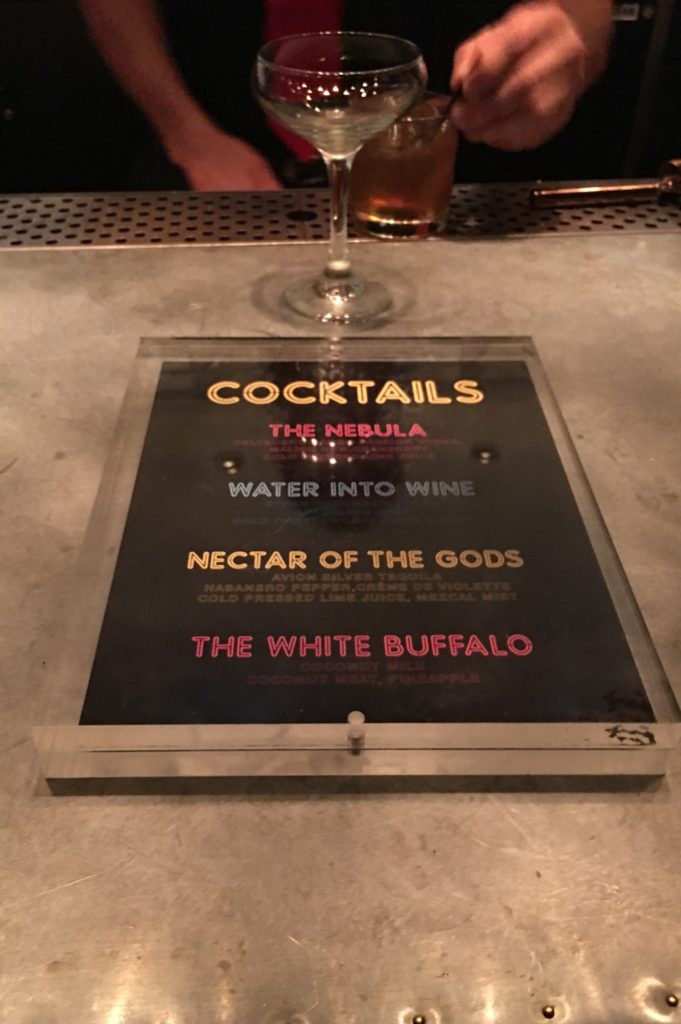 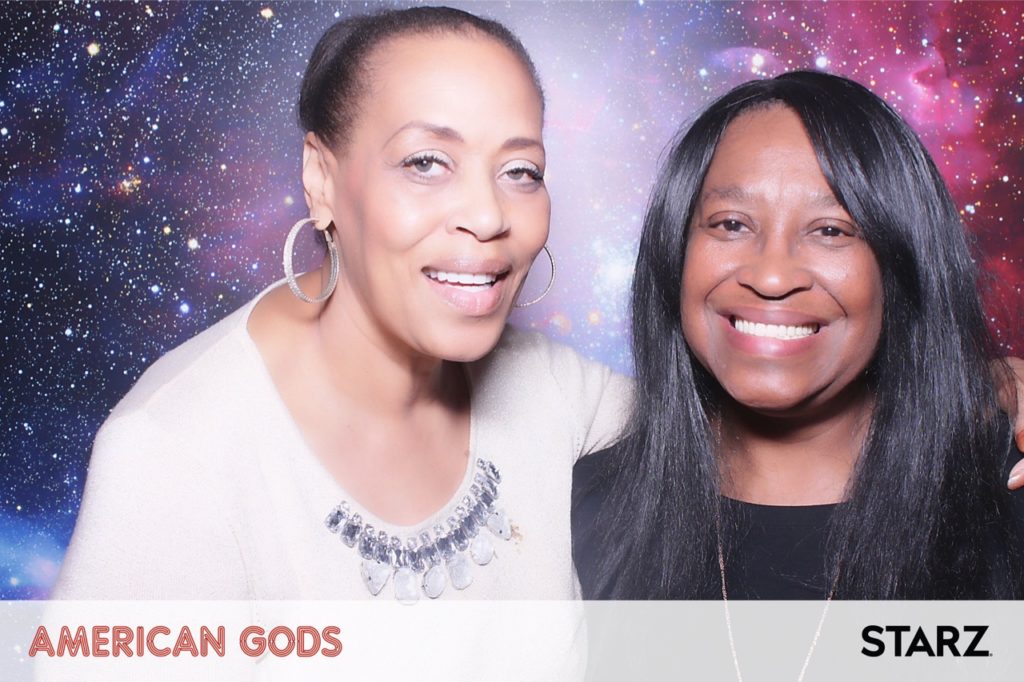 In this perfect ambiance, the stars made free to circulate among the worshippers…er…admirers, so despite the crush of bodies and the loud music, the fates were generous, and we managed to hang with a few cast members. 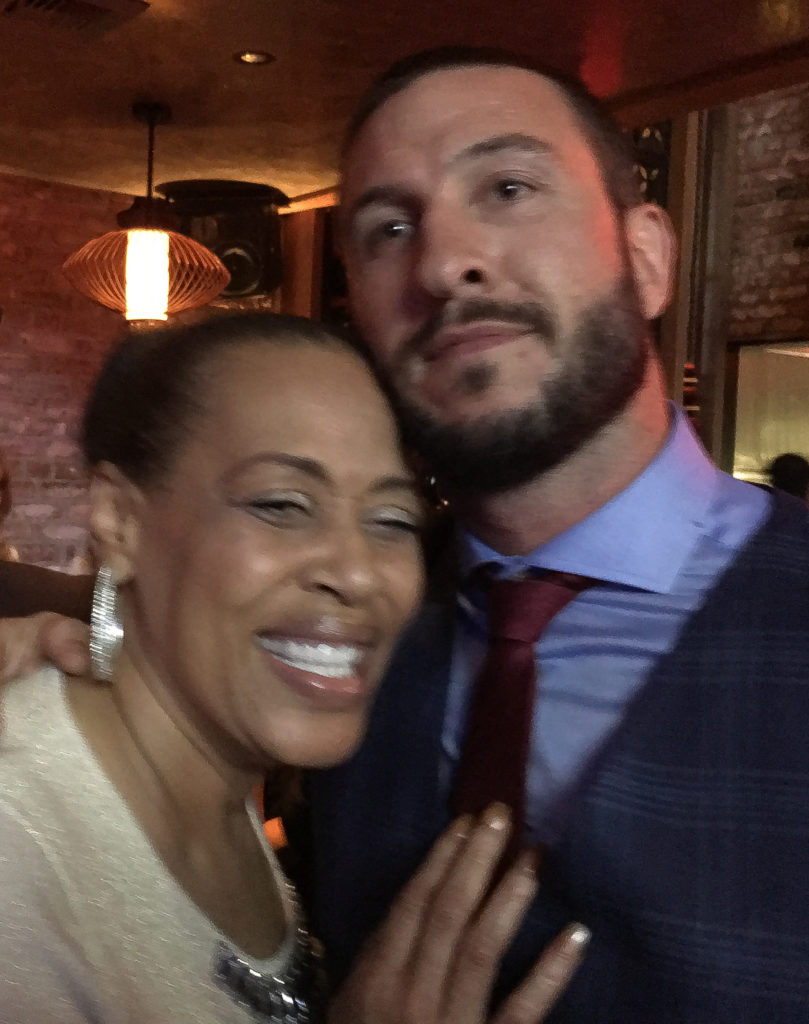 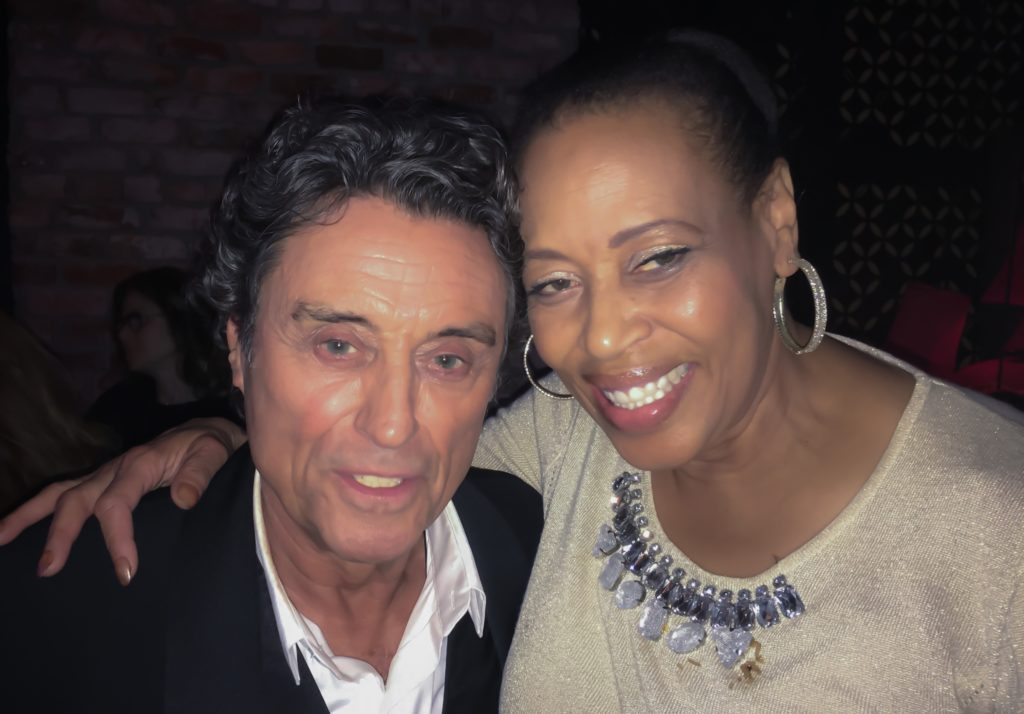 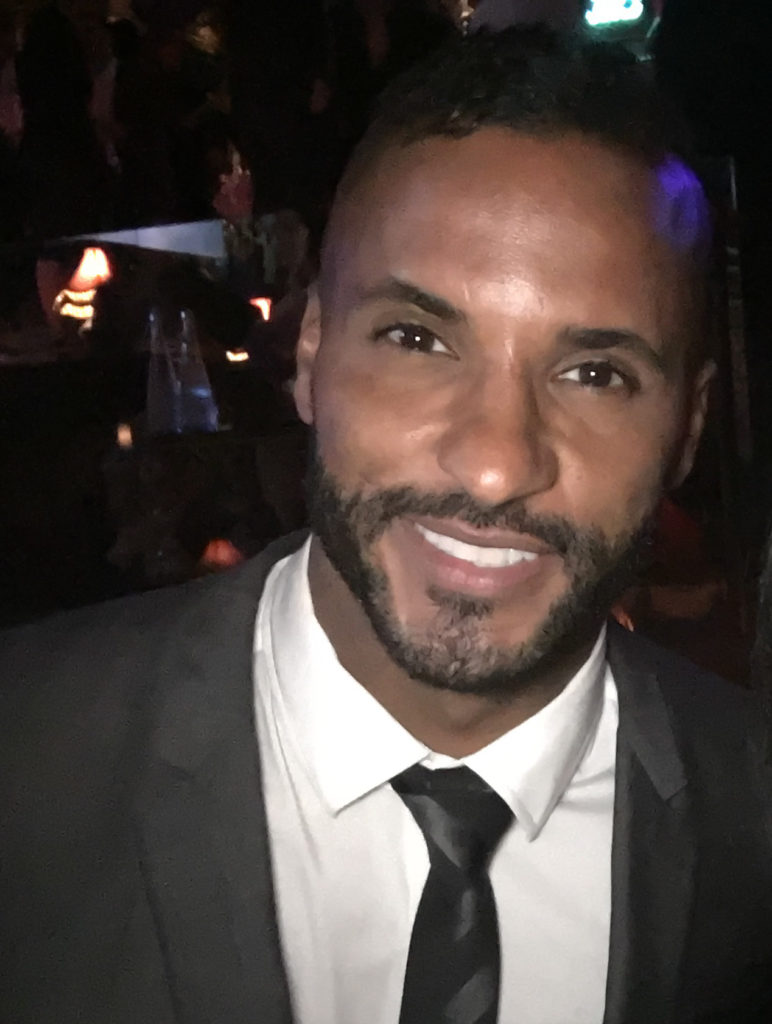 We made merry with party guy and a fantastic actor, Pablo Schreiber, very much in his element.  We tried hard not to over-awed in the presence of the incredibly talented, Ian McShane. We couldn’t help but be dazzled by the devilishly attractive Ricky Whittle who captivates on screen and off.

But, the winner of our “Most Fun American Gods Cast Encounter” went to Yetide Badaki. We came across the stunning actress (who plays Bilquis, a deity in need of a <ahem> particular type of worship) standing in the midst of admirers, looking like a young goddess in her flowing gown, but as excited as a school girl, smiling ear to ear.  And why not?  Her scene in the premiere episode nearly stole the show, with the audience erupting in applause when it was over. 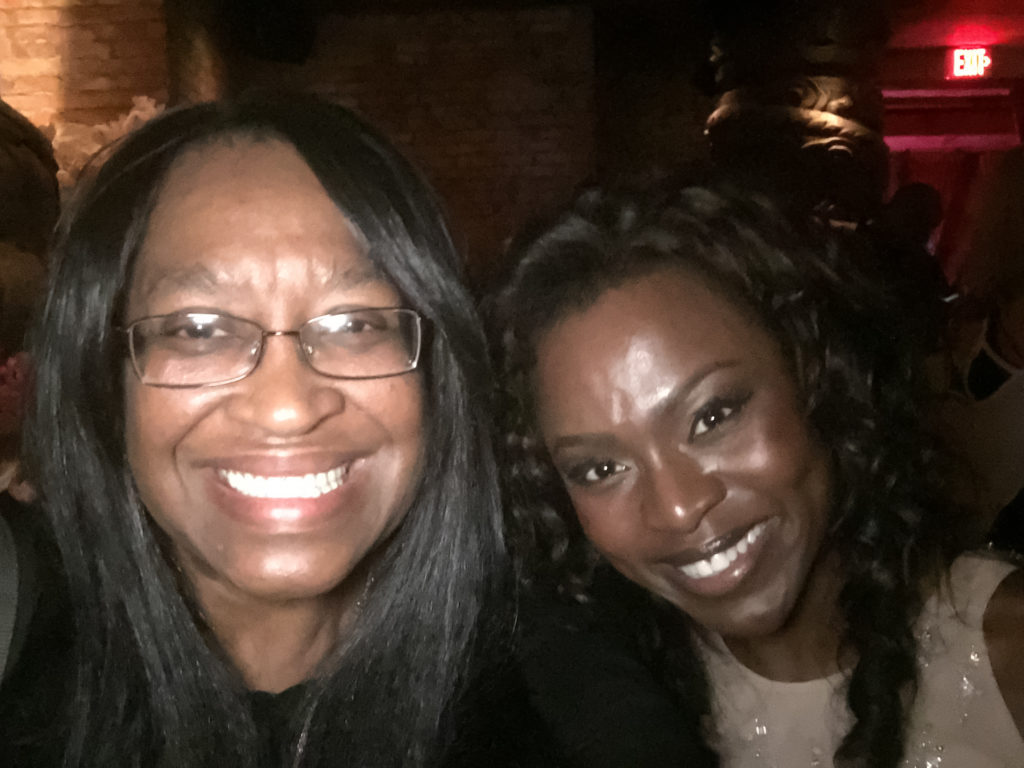 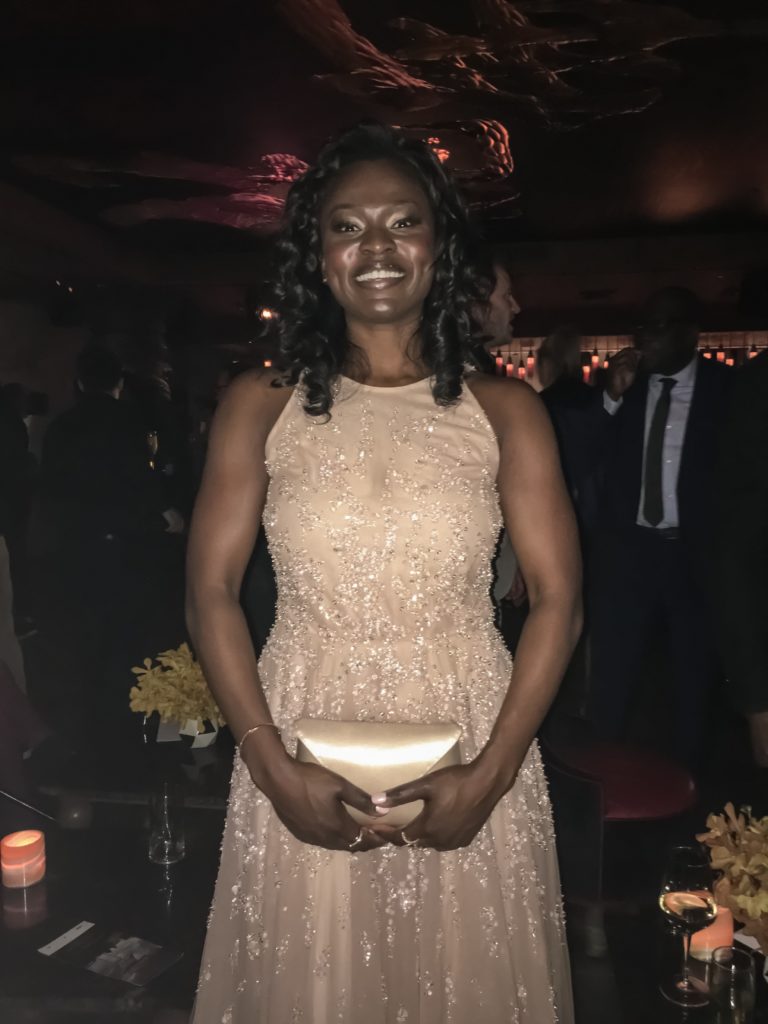 When we introduced ourselves Badaki confessed to feeling like Cinderella at the ball.  She also told us she was a huge Black Girl Nerds fan because she is a Black Girl Nerd herself!  The proof?  She said her first geeky crushes were on Star Trek: Next Generation characters Captain Picard and Data (doesn’t she have great Geek Girl taste?).  Then she told us the cutest story about something that happened earlier in the evening.  Apparently, Brent Spiner, who played Data, was actually at the premiere and reception, so his friend Bryan Fuller, introduced Badaki to Spiner.  “I couldn’t breathe!” she gushed to us, laughing.

Between the epic screening, the killer reception and, best of all, meeting some incredibly talented folks, we’d say the evening was, what else, out of this world.

You knew we were going there, right?