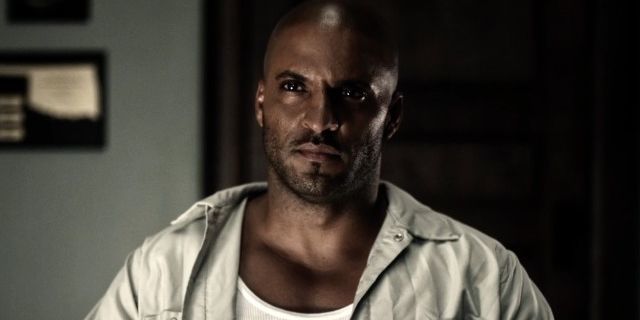 American Gods is one of my new obsessions. The show is a beautiful hot mess that features incredibly nerdy references, an amazing amount of gore, and the most well-selected cast ever.

The show’s protagonist, Shadow Moon, is the kind of character I can’t help but fall for: sweet, well-meaning, and endlessly confused. He is the perfect vehicle for the audience; we stumble through the show in the exact same way Shadow stumbles through his new, terrifying life. But more than just being sweet and fine as aged wine, Shadow is a kind of character that I’ve hardly (if ever) seen on t.v. — a naive, almost “innocent” Black man.

Black people are pretty much never allowed be seen as naive or innocent. With a few exceptions, we’re always the hardened, (sometimes) scary characters that exist to pass on “wisdom” to our white counterparts.

We’re the “street-smart” ones. The ones who have to be more “mature” than our white counterparts. We’re the functional sidekicks who are around to expose our white friends to a harsher, “real” world.

I think of characters like Abbie Mills, the protagonist of Sleepy Hollow. She was the foil to her white counterpart, Ichabod Crane. While he was bumbling and completely naive of the world around him, she was the one who had experienced the rough life of a broken home and the terror of being a Witness. Ichabod was sheltered; he had never experienced this strange new world before but Abby had already experienced the worst of it and was there to guide Crane and eventually sacrifice herself for him to reach his destiny.

I also think of characters like Chuck Clayton, a character on Riverdale who was basically rewritten as a jerk and the personification of certain stereotypes that are normally projected onto us. While he was originally written as a good guy just trying to get by, Riverdale shows him as someone who breaks hearts and sleeps around. He’s the bad Black boy; his presence makes the white characters seem not so bad after all.

Our existence in entertainment is a recreation (and slick a cause) of our existence in the real world. Our girls are “grown” even when they’re just children and our boys are “tough” and “threatening” no matter their age.

Innocence and naivety are not luxuries afforded to Black and Brown bodies. Not even in television.

But then I look at Shadow. Shadow, who has the cutest confused face I’ve ever seen. Shadow, who despite having spent years in jail because of his cold-as-ice wife, lacks all of the characteristics I’ve come to associate with “criminal.” Shadow, who just wants to know what the hell is happening in life.

Shadow is not the hardened Black man who exists to guide his white friends. Shadow’s the one who needs guidance. And all of the white people around him are the ones who are sketchy and hardened. To me, Shadow’s characterization turns a trope on its head. 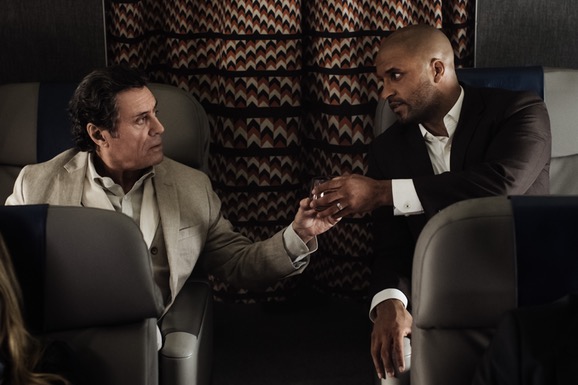 Season 1, Episode 4: “Git Gone” was when I officially started to think of Shadow as a little innocent. This was mainly because of the stark difference between him and Laura, who is very much not an innocent person.

Throughout the episode, Laura is shown to be an irreverent thrill-seeker, preferring the complicated life that comes along with infidelity and robbery than a mundane, stable relationship with Shadow.

Shadow is completely unaware of this and is of the mind that, if you really love someone, you can be happy with them no matter what. He straight up tells Laura that he’d be happy living in a cardboard box as long as he is living with her and he’s very surprised and confused when Laura doesn’t reciprocate.

Laura’s desires make Shadow’s seem very naive and childlike in comparison. It’s all so simple for Shadow, but it’s not for Laura or anyone else, for that matter.

And then there was that little conversation about whether or not they believed in the afterlife. While Laura had this long story about how she came to realize that nothing was real at a very young age, Shadow simply repeats something his mother told him when he was a child.

To me, that showed he still believed what his mother told him. Kinda like we all do before life smacks us in the face, and we find out that things aren’t always as they seem.

Shadow’s naivety is refreshing to me. It feels like a nice break from the mistreatment of Black characters I’m used to seeing.

And, like I said, Shadow’s confused face is so cute.

Courtney is a Black, queer writer who is constantly asking for more Black people in films and television. She spends too much time on Twitter, tweeting nonsense from her account, @courtdanee.