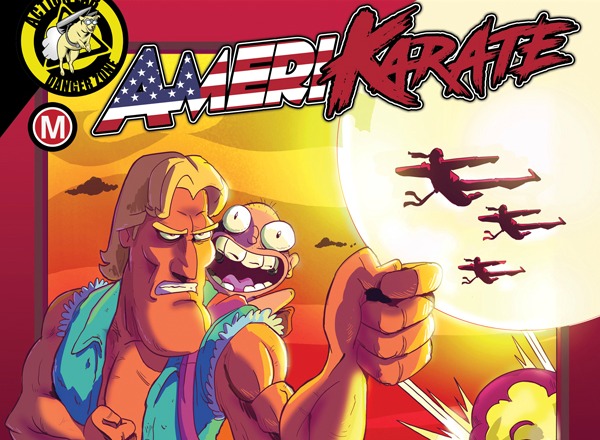 Hold onto your bloodsports and get ready to die hard because there is an action-packed and hilarious comic book about to explode onto store shelves! Action Lab Entertainment presents the karate choppin’, nunchuckin’, high-kickin’, hilarious comic book series, AmeriKarate!

This hot new series features art by Devin Roth, in his first ever comic book! Devin is well-known in the animation world for his character design work on Bob’s Burgers and Disney’s Future Worm. Written by Corey Kalman and Brockton McKinney (Gingerdead Man), AmeriKarate is a Diamond Previews Staff Pick! 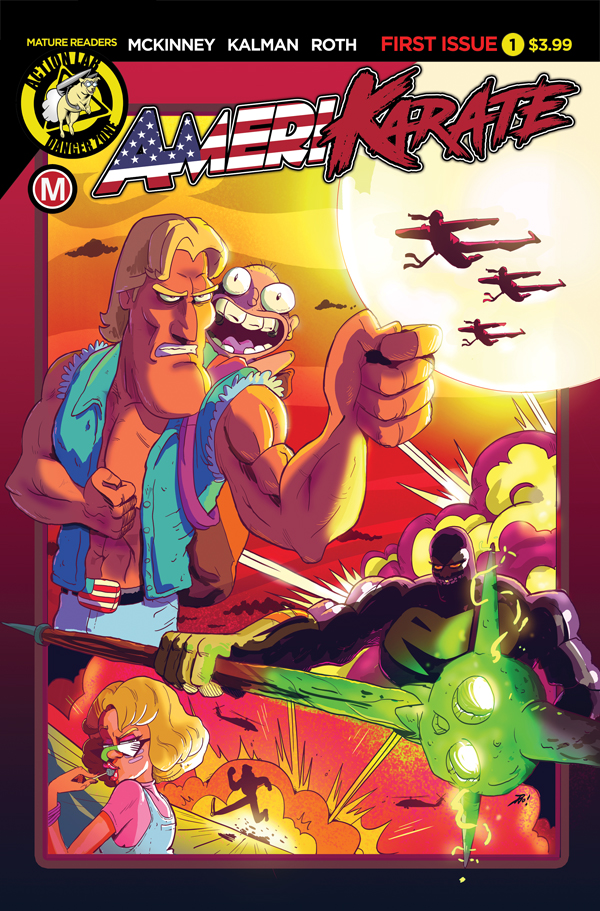 In a world that outlawed karate, one man fights for his right to fight karate for America… with karate! Sam Kickwell was the best of the best — until a terrible karate accident involving his brother and ninjas convinced him to hang up his black belt. Now he and his appendage-less sibling and Karate Master Force must punch and kick and flip and kiss sexy ninjas and chop their way to freedom!

Check out the teaser trailer below:

Move out the way, Daniel-San. There’s a new fighter in town! 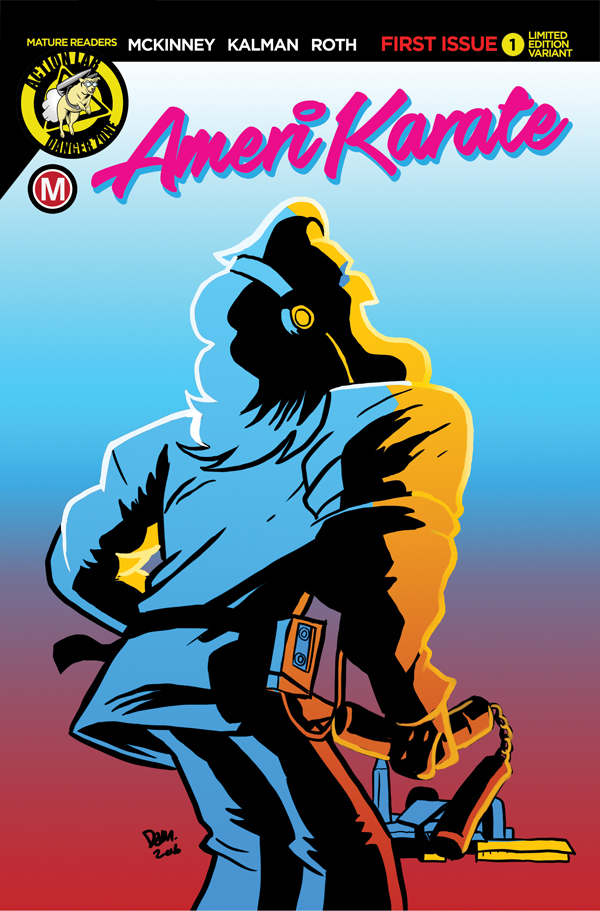 AmeriKarate can be pre-ordered at all of your favorite comic book retailers.