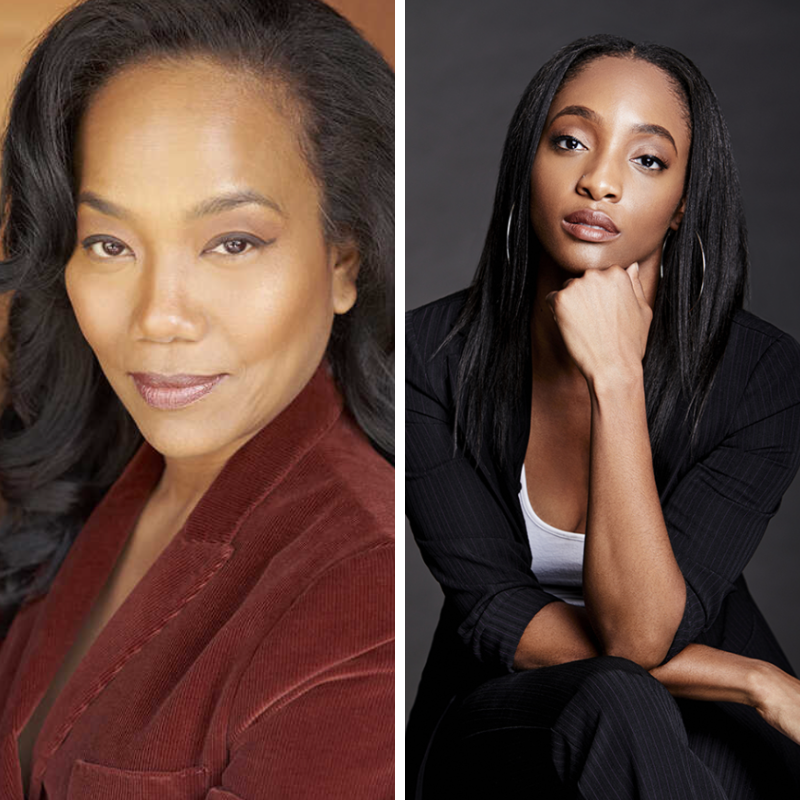 Will Trent is a new crime drama coming to ABC in January 2023 based on the best-selling Atlanta-based novels by Karin Slaughter. TV crime drama veteran Sonja Sohn (The Chi, The Wire) and Iantha Richardson (This is Us) co-star in this engaging new series. BGN spoke with Sohn and Richardson via Zoom shortly before Christmas 2022.

Amanda and Faith are so much fun to watch. What’s the juiciest part of playing these women?

Sonja Sohn: As we get into the season, it’s getting more fun. I love exploring the relationship with Faith aside from the fact that I had a deep friendship and partnership with Faith’s mother that lasted for years, which then sort of makes me like, godmother/auntie. I’ve known this child since she was a baby, and I know where her mother stepped on the lines a little bit. Also, they have this intersection with Will’s genius. Amanda overall is a protector and a caretaker of everything and everybody around her.

Iantha Richardson: Our relationship is interesting because we live on different sides of the spectrum but get each other simultaneously. Amanda is like an auntie who you know loves you and will look out for you more than anything, but it’s also like, can you please just be nice? Like, talk to me a little better, like a human. I think Amanda’s grown up in this male-dominated space, and it’s such a rough space for her to be, and she’s had to develop these calluses and ways of speaking that are now natural to her. But Faith can see the love underneath regardless. Their relationship is special because you can see the person without the world having to see them. Faith sees Amanda’s heart. Amanda may get on Faith’s nerves, but there’s always love and all of that deep-seated history that’s fun to play.

Had you read the books before taking on this project?

SS: I had no experience with the books before I’d been exposed to the script, but I am now making my way through Criminal.

IR:  I listened to the Fractured audiobook. I’ve also been piecing together things, talking to people like Karin Slaughter, who has come to set, and  Liz, our creator, and showrunner.

Sonja, how different does it feel to be able to be working on a police drama now than it was back in 2002?

SS:  Today, we’re in a new landscape around race and culture and the participation of those without access. Back then, I felt incredibly grateful to have a well-paying job, and there’s the survival aspect. There was this sense that it was so difficult to get in the room. To get representation [an agent], it felt like threading the needle back in those days. For people of color, the eye of the needle was so small, and if you got a shoulder in, got representation, and got a real audition for a network television show, you were incredibly blessed and fortunate.

In terms of The Wire, there had never been that many Black people on a dramatic television series before. In expressing that, we just felt lucky and grateful; there’s something a little sad about that. I was just lucky to be there. I wasn’t gonna make any noise.

In the process of wanting to do an excellent job, sometimes that requires you to challenge and get into conversations that are a little conflicted. But as a person of color, you’re not trying to get in any kind of conflict, which then becomes an invisible little container that can squeeze you, and you don’t know that. And I believe that was what happened to me in the 1990s and early 2000s. Then when I left The Wire, I did other shows in less diverse spaces at that time that were in the mainstream.

So constantly being aware that Black folks have had to stay in a box impacts the work and your ability to do it. Now, I feel there’s more latitude to be myself to question and express. I feel they’re listening to my feedback, and it’s welcome in a way that I didn’t sense before. And it might have been welcomed before, but it seemed that the structure didn’t allow it back then, which impacted my ability to stand fully in myself at that time.

Iantha, as someone coming to the industry now, how much do you feel you’re able to share your voice artistically as a part of your creative process?

IR: I feel like my input is welcome. Something in me is consistently growing, wanting to be more open in my feedback, and trusting of my own words and what I think. There is a hierarchy like there is in any job, so just being aware is something that I carry with me, but at the same time, I don’t feel, in any way, stifled. I’m also naturally the type of person who fights back against feeling stifled. So I, probably more than most break that just naturally. But I will say, especially on this show, we have very kind people running this space; Liz and Dan are open to a lot, which makes it an actual collaboration between actors and their ideas and Karin’s archetypes of these people as well. So, it’s beautiful to come into this very special space where I feel open to speak.

What do you think brings your characters the most joy about this world and their relationship?

IR: Faith is an ambitious person, and she has the ability to win, be successful, and overcome all that she has had to overcome being a teenage mom and giving up so much of her life to be a part of the GBI. You see the breadcrumbs of her progressing in her life that bring her joy because it brings fulfillment. She enjoys solving the puzzles that get her to the end goal. In the context of the entire show, her family [brings her joy]. You see, tidbits of her and her son and what, potentially, could be family units. The redemption of the family, which was lost in her early life, you hear about but don’t see. We don’t know much about her mother currently or what her family looks like other than Amanda, but the sanctity of a family and the potential that brings her joy.

SJ: The joy for Amanda is in the job well done. It’s about mission and purpose. When she entered this field, it was not a picnic. She understood that she was called into this field as an ultimate truth seeker, an anchor for justice. She sees the imbalance in the world and believes she was called into this position to help right wrongs and bring equanimity to the people, particularly those not experiencing it from the social structure. So the joy for her resides in a job well done and her ability to balance the scales for the folks she represents.

‘Baltimore Rising’ Reflects On The Aftermath of Freddie Gray