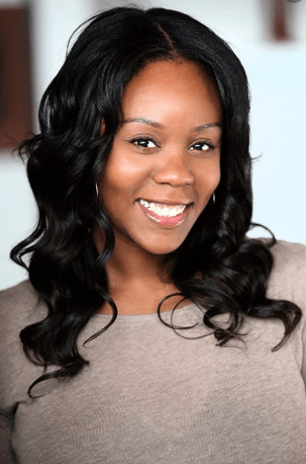 Andrene Ward-Hammond has certainly kept herself busy this summer.

Known for her recurring role in NBC’s Manifest, along with roles in Mindhunter, Netflix’s film The Lovebirds, and Instant Family, Andrene will also appear in the upcoming films Project Power,  Cut Throat City, and the HBO TV series Lovecraft Country.

BGN chatted with Ward-Hammond over the phone about her work in the impending Netflix action film Project Power starring Jamie Foxx, Joseph Gordon-Levitt, and Dominique Fishback. In the movie, Ward-Hammond plays Irene, mother to Robin (Fishback). The story of Project Power begins when a pill gives its users unpredictable superpowers for five minutes, hits the streets of New Orleans, a teenage dealer (Fishback) and a local cop (Gordon-Levitt) must team with an ex-soldier (Foxx) to take down the group responsible for its creation.

Ward-Hammond playing mother to Dominique in this role illustrates a strong bond between these two fictional characters, which partly tells Robin’s story and how she inevitably fell into pushing drugs to support her family. I asked Ward-Hammond how important it was for her to play Irene and depict such a rich dynamic between the two.

“The dynamic, especially for women of color, just to see a loving, respectful relationship between mother and child, is depicted so differently in society. It’s interesting because I have a daughter myself. I can appreciate watching — especially Black women — their relationships and it being one of nurturing and appreciation, even when we’re not in the best of situations,” she says.

Ward-Hammond mentions that both she and Fishback are Brooklyn girls and already had much in common prior to working together on screen. Ward-Hammond says, “It was almost as if we knew each other in a past life.”

Project Power packs a lot of action, but there are moments of levity and comedy in the feature film that will keep audiences entertained. One scene in particular, involves Ward-Hammond in a scene with a half-naked Gordon-Levitt.

She laughs as she tells it. “So much fun. What originally was going to be did not become. This was so much better. It caught me off guard, but it was so playful. He was playful and giving in the scene. I wish you could see some of the other shots we got in it.”

We can only hope there will be a director’s cut of Project Power with this scene and more half naked moments of Gordon-Levitt. Ward-Hammond says she had a lot of fun filming this movie, and you can certainly tell that she did along with the ensemble cast.

Ward-Hammond also stars in the upcoming film Cut Throat City directed by RZA, most notably known as the hip hop aficionado from Wu-Tang Clan. The story is focused on four boyhood friends in the New Orleans Lower Ninth Ward post Hurricane Katrina. Ward-Hammond was in high school listening to Wu-Tang Clan records and was a huge fan of the group, so for her to work directly with RZA was kind of a big deal. “It was an honor to work with him period, and a musical genius in my book,” she says. “RZA allows [his actors] more creativity for us to play and color outside of the lines.”

She further elaborates that RZA processes his craft in his head and shares that direction with his actors, but he doesn’t micromanage his actors at all.

Ward-Hammond had to keep it tight-lipped on her role for the third project this month, and that is for HBO’s Lovecraft Country. The series follows the journeys of Atticus Freeman, his friend Letitia, and his Uncle George across 1950s Jim Crow America as they overcome the racist terrors and terrifying monsters ripped from an H.P. Lovecraft novel.

“I play Martine, but I can’t say anything beyond that,” she says. “You will see a hint of me in the trailer and I have dark eyes.”

As for future projects, Ward-Hammond is still shooting, but clearly she is keeping herself busy.