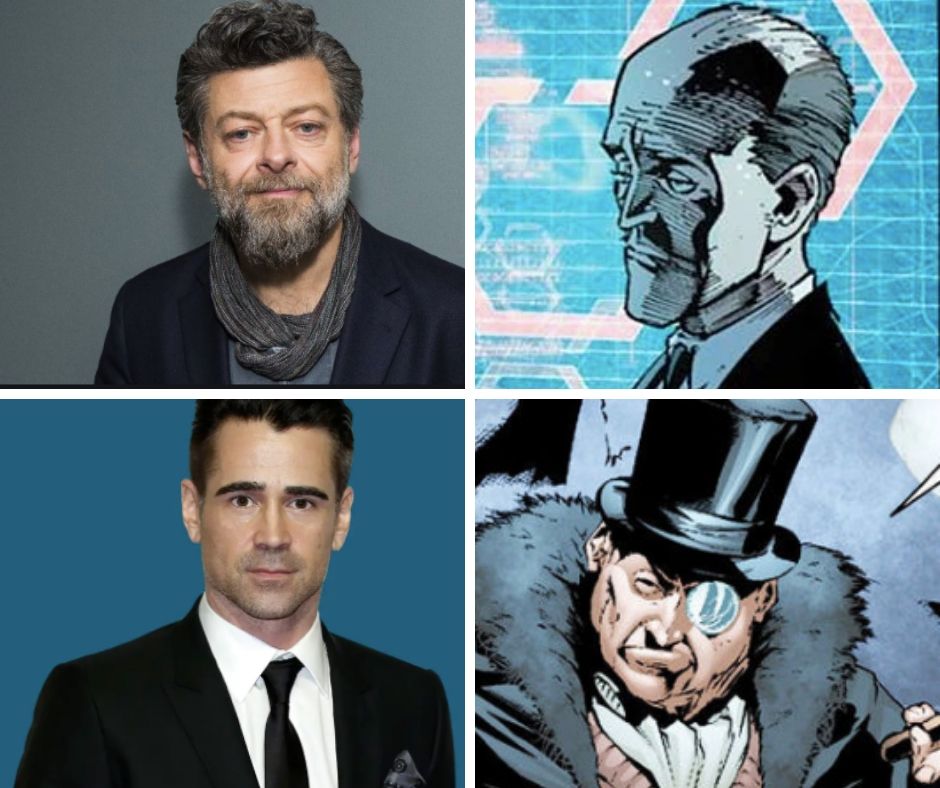 It’s currently being reported that both actors Andy Serkis and Colin Farrell are in talks for major roles in the upcoming Matt Reeves film The Batman.

According to Variety, Andy Serkis is in talks to play Alfred Pennyworth, Bruce Wayne’s trustworthy butler, in Warner Bros. and Matt Reeves’ The Batman, sources tell Variety, while Colin Farrell is being eyed to play the famous Batman villain the Penguin.

It was recently reported that Zoe Kravitz will play Selina Kyle, most notably known as Catwoman, in Matt Reeves’ new film.

Earlier this year, Robert Pattinson was announced as Bruce Wayne (aka Batman) and Jeffrey Wright will play Commissioner Gordon. Actor Jonah Hill is no longer talks to play a villain in the upcoming movie.

Zoe is the third Black woman to play the role of Selina Kyle. The most legendary depiction of the role was by Eartha Kitt in the 1960s TV series. Kitt was the second woman to play the role. In 2004, Halle Berry took on the role of Catwoman in the first and only standalone film about the illustrious character. Sadly the movie Catwoman was panned by critics shortly after its release.