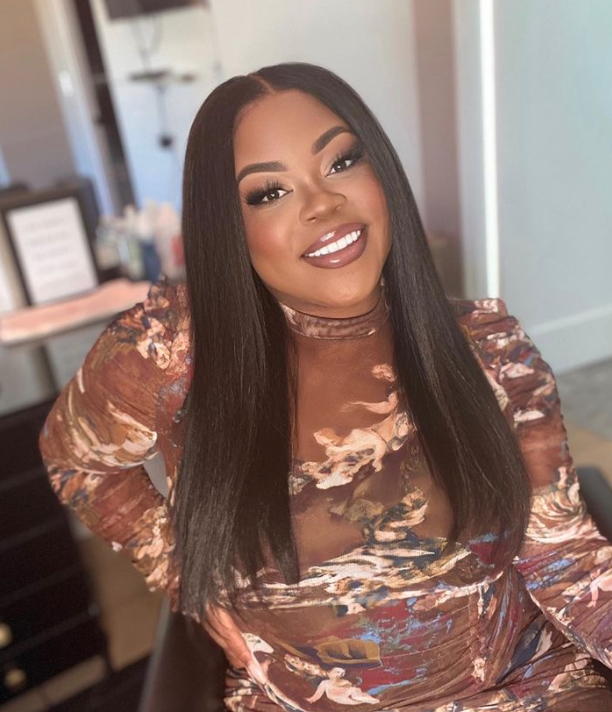 The Shade Room founder Angelica “Angie” Nwandu is most notably known for running one of the most popular news media platforms on Instagram and other social media networks for Black entertainment. In an interview with BGN in January, she spoke openly about her faith and vision behind creating the multimedia platform.  She also expanded on her passion for filmmaking and was quite candid about working on the upcoming Universal Pictures horror-comedy Juju.

Universal Pictures is greenlighting several movies featuring Black filmmakers in the horror genre. The success of Get Out, Us, and most recently, the critically acclaimed film Candyman are proof that the horror genre and Black audiences are gaining some momentum. And now the horror-comedy genre is ready for Juju, which will be another Black-directed feature under Universal.

In December 2020, Deadline reported that Nwandu was penned to write the script for Juju. The original concept for the story was conceived by her. However, there has been a recent shift as Universal requested a new writer to pen the script.

In our interview in January via phone, the media mogul revealed that her script “bombed”.

“They brought another writer on.  I’m still the executive producer of it. I’m still story by. But it was a punch in the gut,” she reflects.

Juju has stars Issa Rae and La La Anthony attached with Thembi Banks set to direct. This will be Thembi Banks’ directorial debut.  No further details were shared by Nwandu about the story or stage of production, but she did share how she felt about the incident.

“I felt like I should walk away from screenwriting. Maybe I’m not good. For Universal to say we need another writer hurt. I realized that I needed this experience because I had to respect the art of screenwriting. People put years into perfecting their craft,” she says. While this is not Nwandu’s first foray into screenwriting — her film Night Comes On was a winner at Sundance in 2018 — she experienced more challenges writing horror and comedy. She adds, “You got to really understand the nuances of these genres. And then it’s trying to do a cross-genre film. You got to know how to weave it together in a way that translates and is meaningful and impactful.”

She now respects screenwriting more and realizes that you have to understand the wounds and triggers of the people you write about. For Night Comes On, the writing process came easy for Nwandu because it was based on her own experiences.

“I took a loss for sure, but it was a beautiful loss because it’s going to prepare me for the next project,” Nwandu says.

She adds with full transparency, “When I wrote the script for Juju, I was in over my head because I did Night Comes On, which was a drama, and it was just completely different. It went to Sundance and I had all of these mentors. We got the refinement. I jump into a studio, Universal, and it’s like, whoa. But also its horror and comedy — two things I’m not well versed in. I learned so much about screenwriting during this process.”

Nwandu shared a captivating anecdote about her mentor Charles Murray and how he gave her some tough love about the art of screenwriting.  During this time, Nwandu knew she needed to be humbled about hard work and the craft of what it takes to write a good script. One afternoon she went to his house and Murray gave her a piece of paper and a $20 bill. He told her to tear up the $20 bill, of course, she hesitated. He then told her to tear up the piece of paper, which she did with no problem. He took the torn piece of paper and the $20 bill (not torn, by the way) and placed them both in a plastic bag. He advised that the most valuable item in the bag is the torn piece of paper because of what you can put on the paper. Murray told her, “Never value money more than what you can bring because that’s the true gift.”

Nwandu realized through her mentorship of Charles Murray and her experiences through her writing career that she can’t approach the industry as a prodigy but to be a student. She understood that there is a discipline to the art of writing for film and/or television, and it is a process.

While we wait for the details of what is next for Juju in terms of story, casting, and a release date, Angelica “Angie” Nwandu is a woman who is real about who she is.  She’s open about her faith, her shortcomings, and life lessons.  From overcoming the challenges of building her media empire The Shade Room to being humbled by big movie studios on her writing skills, Nwandu has had an impressive journey so far in her professional career. You have to respect her hustle and the fact she’s willing to jump over every hurdle that gets in her way.