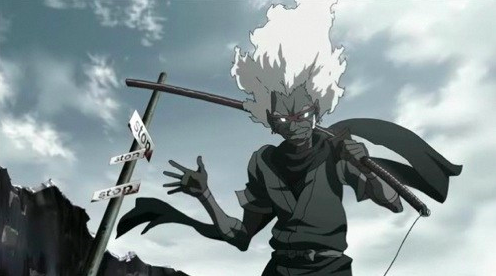 I have loved anime since I was 12, but it did not come without a cost. Do not even think about talking about Toonami at school, because you would be clowned at the lunch table. The fact that I watched anime was a sign that I would never be that popular kid in both middle and high school and I was fine with that.

Luckily, I had friends who were understanding and were just as nerdy as I was. Therefore, I avoided the bullying from the non-anime watchers and stuck to my Toonami-loving clique. We were loyal watchers of Dragon Ball GT, SD Gundam, Yu Yu Hakusho, and Naruto to name a few.

I honestly felt bad for the kids who didn’t watch anime back then. They missed out on epic storylines, romance, and roads to redemption. There was always some sort of lesson, not to mention the kick-ass action sequences. Anime still has the best action sequences and plot you will ever get to see on screen. I remember dressing up as Kakashi from Naruto for Halloween and constantly being asked whom I was supposed to be.

Fast forward 16 years later, and I am still all about the anime and chill. The rise of social media showed this once deemed weird Black girl, that there is an entire community of amazing people that look like me, who also watch anime. There is a world of anime fandom of epic cosplayers who bring some of my favorite characters to life. I have discovered a few on Instagram such as @Shellanin and @Heyjasish that you can check out!

Thank God, for Twitter and Instagram introducing me to some classic anime and putting me in contact with some amazing people, some of which I have not yet met in person. Social media has blessed me with anime groups and conventions that I didn’t even know existed. Coming up this year in my city of Atlanta, Georgia there are:

These conventions are a means to bring us all together in our ‘nerd-dum’ and glory; where we are free of judgment and ridicule. I am so grateful for this rise in the number of Black men and women expressing their love for anime. I no longer feel like an outsider, since I now have an entire community to geek out with. The only part of anime and chill that has set me back a bit, is with the dating scene, especially in Atlanta.

“Don’t get me started on dating…”

The dating scene has its hiccups for us single Black girls who love anime. I have gone on countless dates where I would be asked what type of shows or movies I am in to. Once I bring up the fact that I am into anime, I would get the usual, “I mean I guess that’s cool. *Hesitant gaze*

I did watch Dragon Ball Z back in high school.”  A few times I would be told that I don’t look like the type who would be into ‘that stuff.’ First of all, what? I wasn’t aware that anime watchers had a specific look. Needless to say, some of these interactions never resulted in second dates.

I was never overzealous when talking about anime on my first dates. I felt as though I’d be labeled as weird and at the time I didn’t want to be seen as an awkward Black girl.

However, I am awkward and the fact that I watch anime doesn’t make me any weirder than the next person. I realized that most of the guys I went on dates with haven’t watched any of the latest anime, which is why they didn’t realize they were missing out on gems.

I remember having company over one time and turning on Netflix and my home page was full of anime shows and movies. I could tell by his body language that he was not feeling my choices in shows. “So, you still watch cartoons, huh? My little cousin watches this stuff.”

Not sure if they were trying to call me childish or what, but after showing him an episode of One Punch Man he started watching anime too. For those who were skeptical about giving anime a chance I always would recommend a classic anime movie like Afro Samurai who has a heavy hitter like Samuel L Jackson, voicing Afro and Ninja Ninja.

I’ve been an anime fan since the ’90s, from the classic Cowboy Bebop to the latest trailer for a new season of Attack on Titan. Since you are reading this, just know that you are not alone. There’s a large community of anime watchers who would much rather stay in for a night of anime binging than spend money on the latest corny action movie — Marvel movies being the only exception because they are responsible for taking all my money!

So, if you are like me, still waiting patiently for the latest season of Attack on Titan, get out and experience the anime conventions or even connect with fellow anime lovers in your community. If you’re a lover of One Punch Man, still patiently waiting to hear word if there will be another season. An enthusiast of One Piece, because who doesn’t like pirates? A spectator of Overlord. A binger of Akime ga Kill! Let’s connect our tribe of Black anime watchers and appreciate our bold uniqueness. Here we can transcend our imaginations and get lost into a world filled with dynamic characters, romance, and kick-ass battles.

Do not hesitate to express your interest, we are all family here. This is a safe space. A community that binges together, stays together.